Epik, a domain-hosting website, says it is in talks with Parler to better improve their policies and posting standards after the popular app registered its domain with the site Monday, after getting booted from Amazon Web Services.

“It is a shame as we desperately need healing, unity and reconciliation,” Epik Senior Vice President of Communications Robert Davis said in a statement. “It is difficult to achieve this when many of our social media platforms have been reduced to feed us an ‘us versus them’ mentality to compete for market interest and consumer relevance.”

Davis said de-platforming Parler but not taking similar actions against other major tech companies or social media operators “may very well represent one of the most grotesque abuses of power and privilege in American seen in this generation. It serves the very creation and stimulation of extremists beliefs that Amazon and others have professed to care about.”

Epik initially denied having had any contact or discussions with Parler as of Monday. Davis, however, confirmed Thursday that Parler is registered on Epik and that they have been in talks with Parler as to policy and guidelines moving forward. 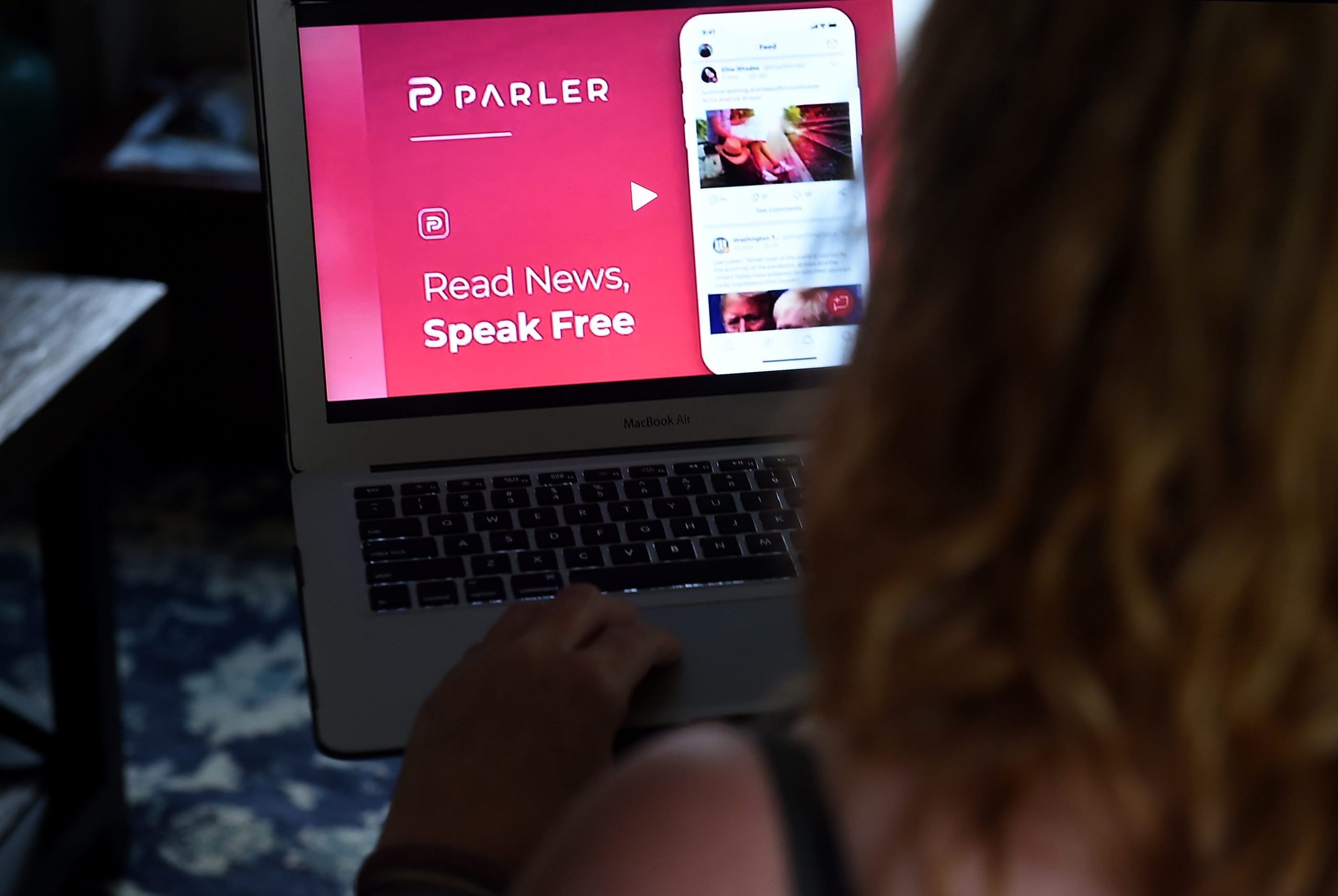 This illustration picture shows the social media website from Parler displayed on a computer screen in Arlington, Virginia on July 2, 2020. -(OLIVIER DOULIERY/AFP via Getty Images)

Davis explained that the company had no prior knowledge about Parler’s registration because the process is automated and there is no “involvement of consent for setting up an account.”

Since Monday, Epik executives have been in talks with members from Parler to discuss policy improvement to ensure that Parler bears responsibility for self-policing content and better enforcement of their policies.

Davis said that the talks come after Parler was de-platformed unfairly due to the actions of a few. (RELATED: Twitter Follows Trump Suspension With Massive ‘Purge’ Of Conservative Accounts)

“There has been an unprecedented number of fake accounts being purposefully setup with the intent to publish horrific and violent content. So-called ‘burned accounts’ are set up simply so they can be engaged at a later date to diminish the voices of legitimate users,” Davis said.

“The idea that 15 million people should suffer immediate service termination due to the actions of a few, should frighten anyone with the capacity for logical discernment of truth and what it means for the future.”

Parler filed a lawsuit Monday against Amazon after they allegedly violated antitrust laws and breached its contract when they prevented Parler from accessing their servers.

Parler argued that the decision to terminate their account was politically charged and was done to reduce competition between social media companies.