Residents in Lebanon are now required to request permission to leave their houses for “emergencies”, which includes going to the bakery, pharmacy, doctor, hospital, or airport. They are only granted one hour outside of their home. Supermarkets were forced to close their doors and deliver only, according to NBC.

Police operated checkpoints around the country Thursday, checking for residents’ permits to be on the road.

The new restriction came after hospitals in Lebanon ran out of beds, oxygen tanks, and ventilators, and daily infections reached 5,440 cases, an all-time high for the country, NBC reported. 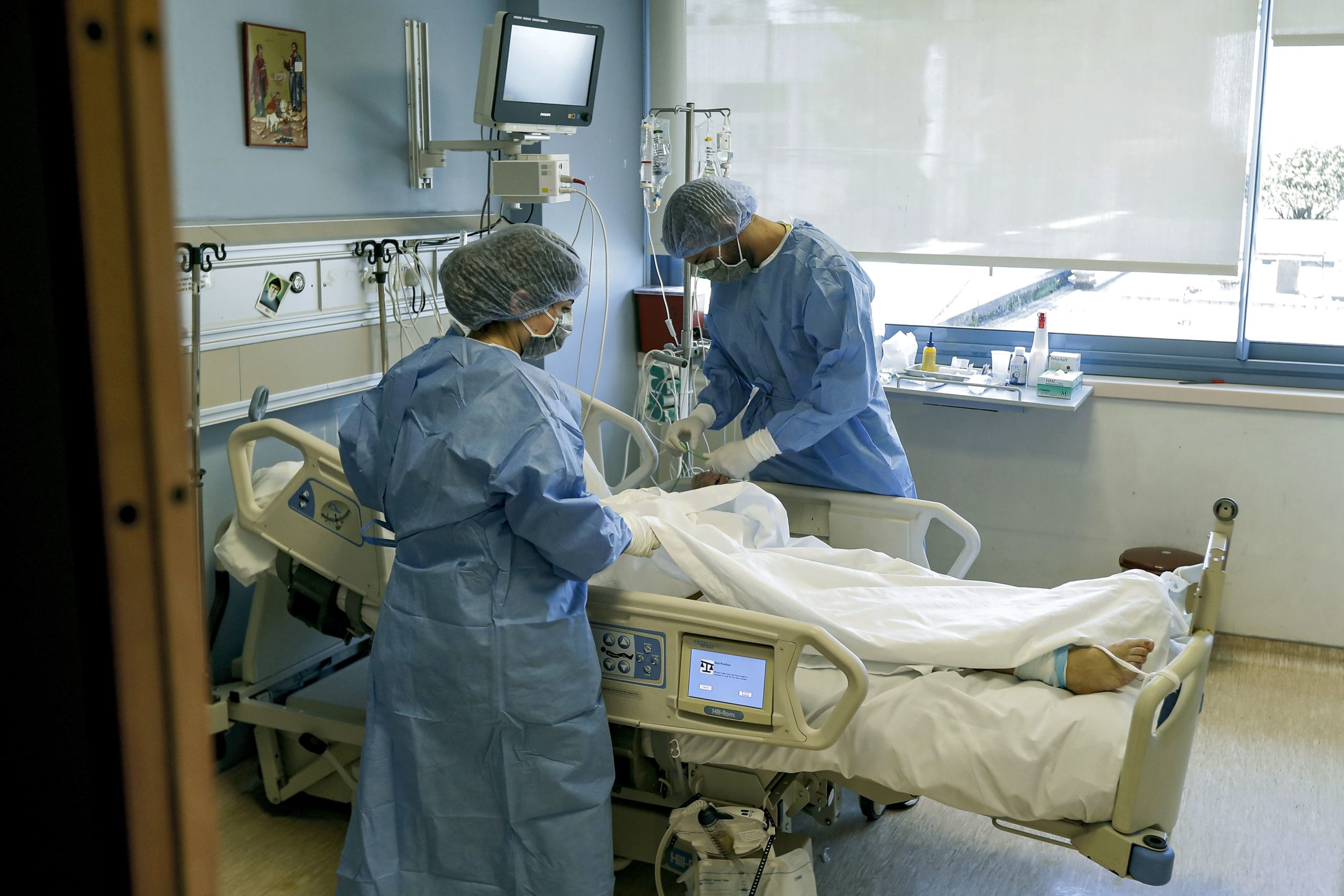 Nursing staffers attend to a COVID-19 patient inside an ICU isolation room at the Saint George Hospital University Medical Centre in the eastern Ashrafieh district of the Lebanese capital Beirut on April 2, 2020. (Photo by JOSEPH EID/AFP via Getty Images)

Lebanon’s health minister and other officials consider the lockdown to be too lenient, as it exempts some sectors. They are calling for a complete shutdown and curfew, NBC reported.

The rise in cases began in late August after the an explosion at the Beirut port destroyed parts of the capital and several hospitals, The San Diego Union-Tribune reported. (RELATED: Lebanese Officials Ordered Under House Arrest During Investigation Of Port Explosion That Devastated Beirut)

Political analyst Halim Shebaya said the government does not have a clear strategy and warned that bringing the number of cases down would be difficult at this point. (RELATED: Lebanese Government Resigns After Deadly Explosion, But Many Expect More Chaos)

Shebaya stated that, “The main issue now is the absence of trust in the government and authorities and managing a pandemic necessitates the presence of public trust in measures taken by the authorities,” The San Diego Union-Tribune reported.