People who have already been infected with coronavirus are as protected as people who’ve been vaccinated against COVID-19 for at least the first five months after infection, a study found, according to numerous sources.

Public Health England (PHE) carried out the largest study in the world so far, regularly surveying 20,000 healthcare workers in the U.K. between June and November 2020. Of the total surveyed, 6,000 health workers had previously tested positive for COVID-19 and 14,000 had not, Financial Times reported.

Excellent news for anyone who has already had #COVID19!

People who have already contracted coronavirus are as protected against reinfection as those who have received the best vaccines, according to a 20k person survey, largest study in world so far ????????https://t.co/wAcYLZOL47

“Natural infection looks as good as a vaccine, which is very good news for the population,” Susan Hopkins, PHE’s senior medical adviser, said, according to Financial Times.

“The immunity gives you a similar effect to the Pfizer vaccine and a much better effect than the AstraZeneca vaccine and that is reassuring for people,” Hopkins added, according to the Guardian. 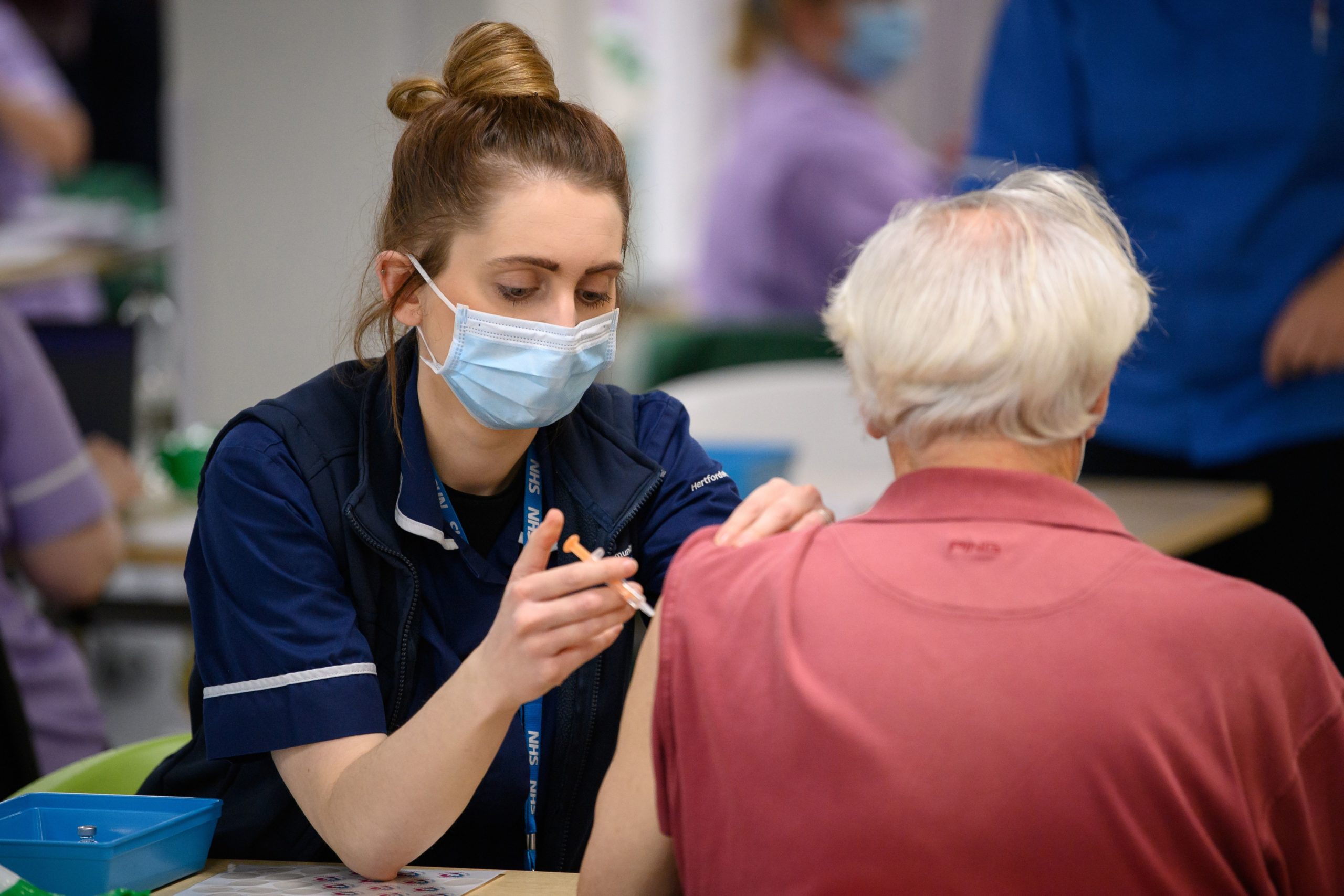 A member of the medical team administers a coronavirus Covid-19 vaccine shot at the NHS vaccination centre in Robertson House in Stevenage, north of London on Jan. 14, 2021 (Photo by LEON NEAL/POOL/AFP via Getty Images)

In the study, 44 people in the previously infected group of healthcare workers had tested positive for COVID-19 at least three months apart, meaning they were “potentially reinfected.” But due to a lack of genomic analysis, it couldn’t be proven whether the individuals who had potentially been infected twice were infected from the virus that was incubated within the individual for a long period of time, Financial Times reported.

While previously having COVID-19 appears to provide powerful protection against reinfection for several months after the infection, it’s unclear how long the protection lasts since the study couldn’t test for longer than five months. Hopkins reportedly said she was optimistic that it would last longer than a few months, and gives a “level of immunity in the community that will reduce transmission.”

However, Hopkins still urged that those with prior infections, although they may be protected against reinfection, take proper precautions when they’re engaging with others, because “there is still a risk that you could acquire an infection and transmit to others,” she said, according to Financial Times.

The study also did not account for people above the age of 54, since participants were between the ages of 35 and 54 and were expected to have stronger immune systems, making it unclear whether the same protection could be expected for older people who have had COVID-19.

The emergence of new virus strains is an additional complexity when looking at protection against reinfection.

A new, more contagious strain of the coronavirus that was first discovered in the U.K. has been detected in several states. Researchers at Ohio State University say that they’ve also discovered two new coronavirus variants that are likely to have originated in the U.S., although there is not yet reason to believe vaccines won’t be effective against the mutations. (RELATED: Researchers Say They’ve Identified Coronavirus Variant Strains That Are Likely To Have Originated In US)