Jacob Anthony Chansley, otherwise known as the “QAnon Shaman,” would reportedly like a pardon from President Donald Trump for participating in last Wednesday’s riot at the U.S. Capitol.

Chansley was arrested Saturday in Arizona after donning fur, a Viking hat, and red, white, and blue face paint as he ran through the halls of Congress and the U.S. Senate chambers last week, spear in hand.

Watkins said in a statement that his client “accepted President Trump’s invitation to walk down Pennsylvania Avenue to the Capitol,” KMOV4 reported.

The statement cited Chansley’s military service, lack of criminal history, and practice of yoga and meditation, then attributed his presence in the Capitol to Trump. The statement reads:

He took seriously the countless messages of President Trump. He believed in President Trump. Like tens of millions of other Americans, Chansley felt — for the first time in his life — as though his voice was being heard. My client had heard the oft-repeated words of President Trump. The words and invitation of a president are supposed to mean something. Given the peaceful and compliant fashion in which Mr. Chansley comported himself, it would be appropriate and honorable for the president to pardon Mr. Chansley and other like-minded, peaceful individuals who accepted the president’s invitation with honorable intentions. 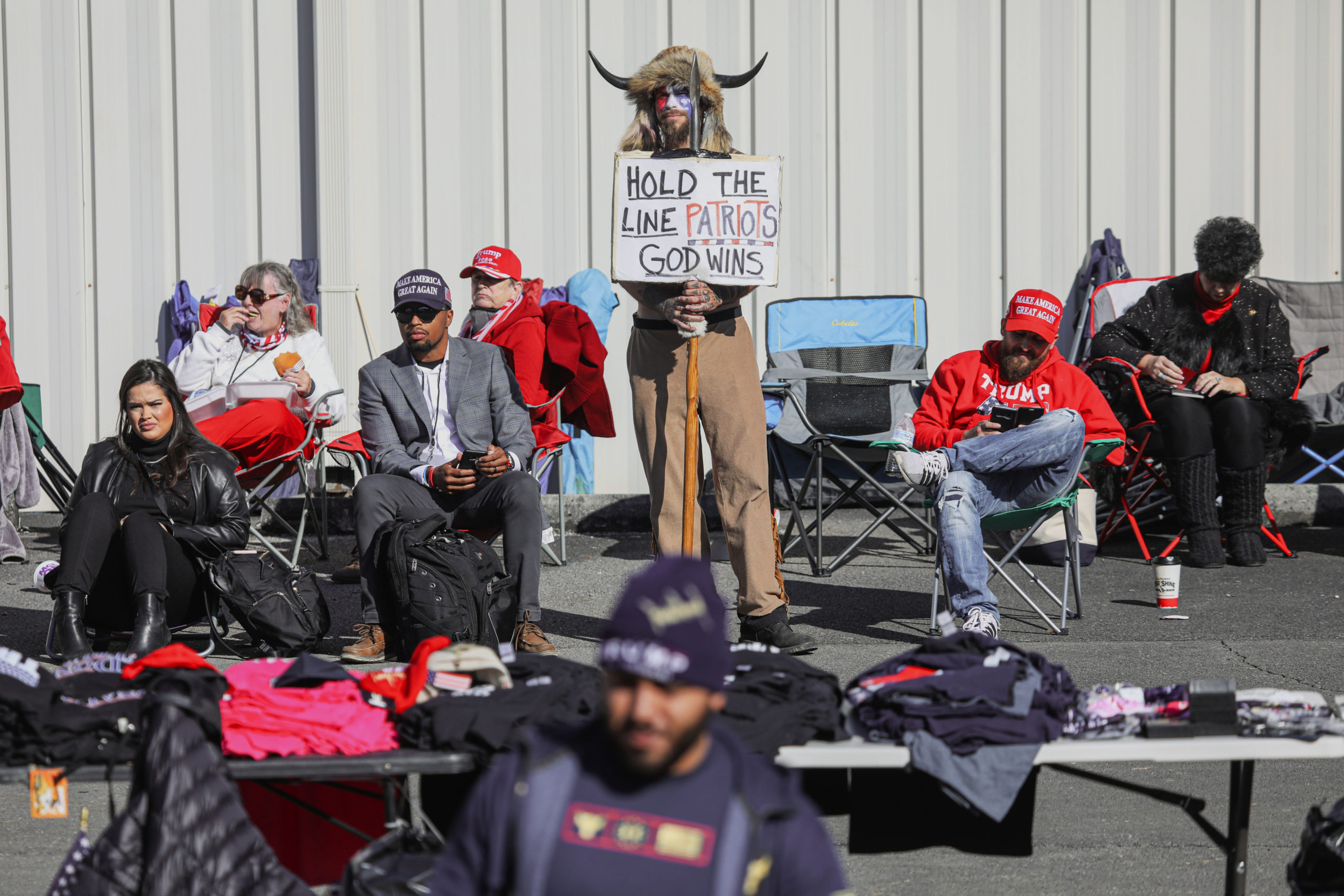 Chansley is currently being served organic food in federal lockup following a judge’s order to allow him to follow his strict shaman diet.