Trump and Bannon have spoken on the phone multiple times in the aftermath of his loss to President-Elect Joe Biden, multiple anonymous sources told Bloomberg. The sources reportedly said that Trump and Bannon talked about Trump’s “campaign to overturn his reelection defeat.” Bannon served as chief executive on Trump’s 2016 presidential campaign and then as the president’s chief strategist before he was fired in August 2017. 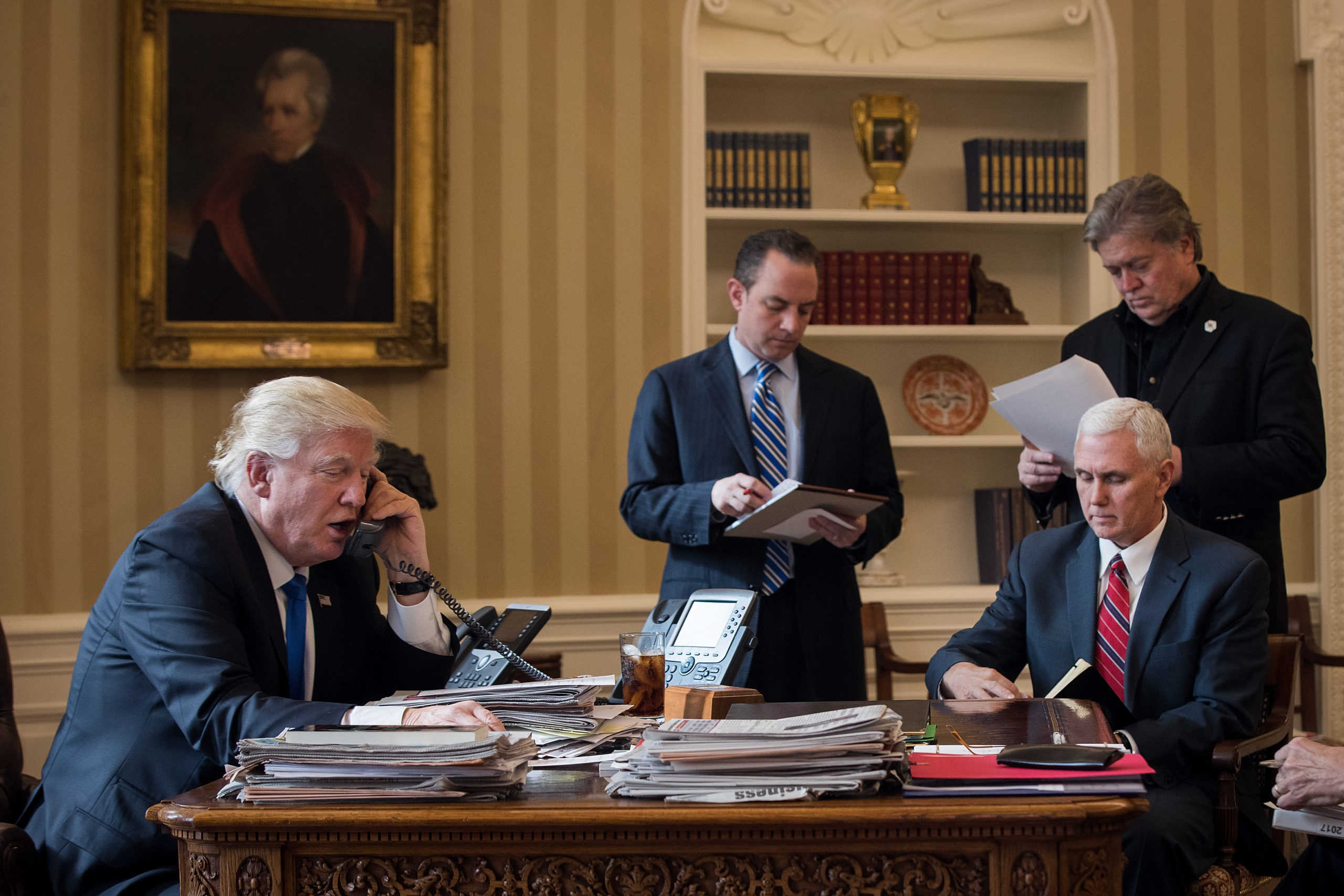 Bannon later angered Trump by allegedly leaking information to Michael Wolff for his book “Fire and Fury,” which was published in January 2018. Trump tweeted at the time, “Sloppy Steve Bannon… cried when he got fired and begged for his job.”

After he left the White House, Bannon supported Trump by criticizing the 2019 impeachment process on his War Room podcast. Bannon’s co-host, Raheem Kassam, described both the podcast and the impeachment trial as “a chance – barring calling in the whistleblower and Hunter Biden – to explain precisely why President Trump was elected in 2016, and why the permanent political class are determined to get him out in 2020.” The podcast shifted in focus to cover the COVID-19 pandemic later in 2020.

Bannon is currently facing fraud charges in connection with a private fundraising effort to build a wall along America’s southern border with Mexico. Prosecutors allege that Bannon and his co-defendant took donated money for their own personal use.