A French computer programmer reportedly transferred more than $500,000 in Bitcoin to far-right groups and to individuals involved in the riots at the Capitol before dying by suicide, researchers found, according to the Associated Press.

Chainanalysis, a blockchain analysis company that investigates Bitcoin transactions, found that a 35-year-old Frenchman transferred 28.15 BTC, worth approximately $522,000, to 22 different addresses in a single transaction on Dec. 8, the AP reported.

Last week, Trump supporters stormed the US Capitol. One month before, alt-right groups and figures involved in the riot received over $500K worth of Bitcoin from a now-deceased French donor. Here’s what we know. https://t.co/LznOztFphH

Many of the addresses reportedly belong to “far-right activists and Internet personalities,” including Nick Fuentes, who was in the crowd at the protest at the Capitol Jan. 6, but denied being part of the group that stormed the Capitol Building, the AP reported. (RELATED: Man Arrested After Storming Capitol Building With Confederate Flag)

Other recipients reportedly included an anti-immigration organization and an alt-right streamer, according to the AP.

Chainanalysis claims that Fuentes received 13.5 BTC, which is approximately $250,000, and was the biggest beneficiary of the transfer.

The day after transferring the money, the Frenchman posted a suicide note that appeared to be entitled “The End” on his blog, Chainanalysis found. He wrote that he was chronically ill and wanted to leave his “modest wealth to certain causes and people.”

The AP retraced the company’s steps, and reports that it found the unidentified man’s blog and suicide note. A funeral home published the man’s obituary, but reportedly deleted it, according to the AP.

More than 30 people have been arrested on federal charges after the Capitol Building riot, several accused of bringing weapons and unlawful entry. 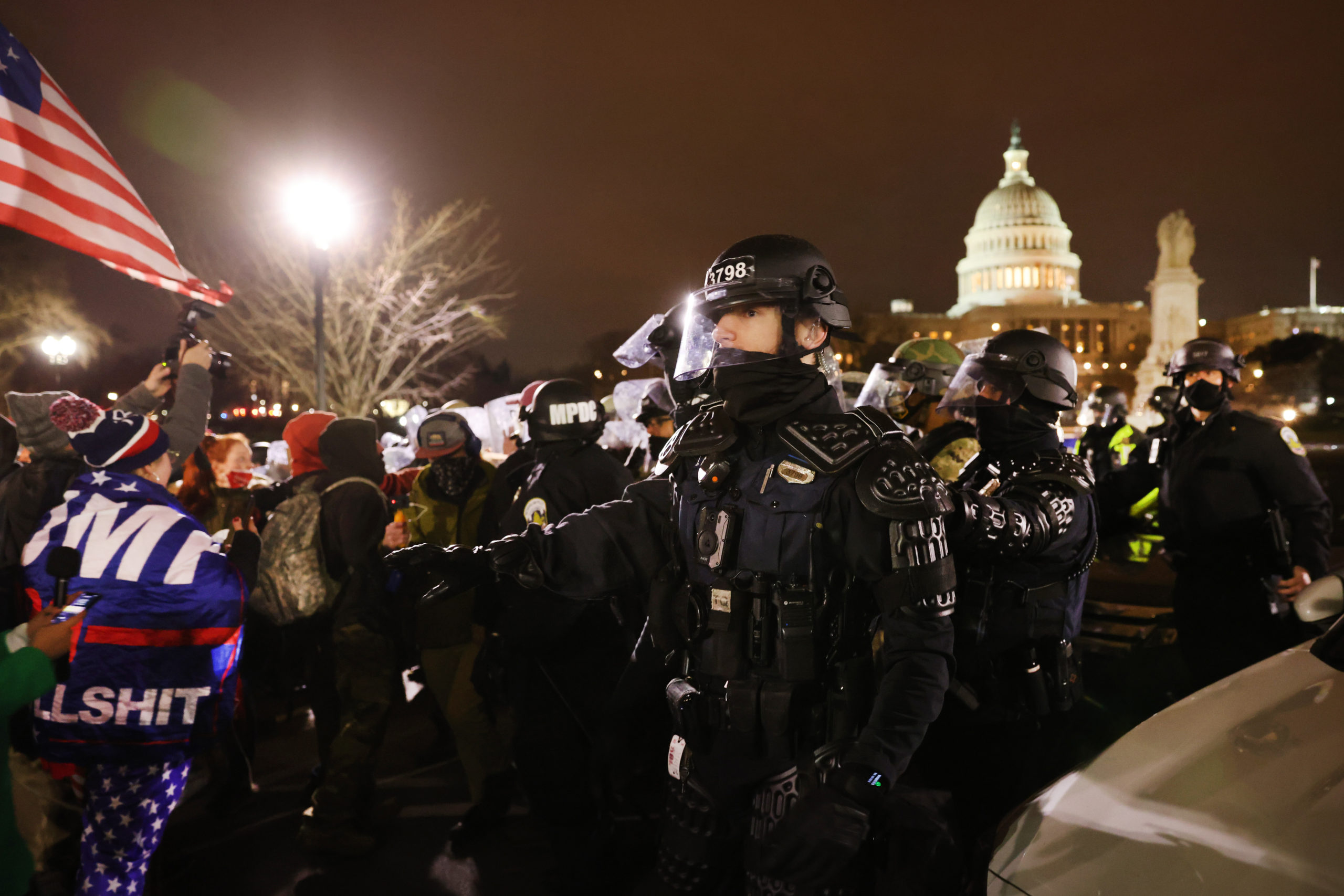 WASHINGTON, DC – JANUARY 06: Members of the National Guard and the Washington D.C. police keep a small group of demonstrators away from the Capital after thousands of Donald Trump supporters stormed the United States Capitol building following a “Stop the Steal” rally on January 06, 2021 in Washington, DC. (Photo by Spencer Platt/Getty Images)

The Dec. 8 transaction reportedly prompted law enforcement and intelligence agencies to investigate the sources of funding for individuals involved in the riot, Yahoo reported, based on a source familiar with the matter.