North Korea has unveiled a new submarine-launched ballistic missile days after threatening to grow its nuclear arsenal if the U.S. doesn’t abandon its “hostile policy” toward the country, numerous sources reported.

State media has described the missile as “the world’s most powerful weapon,” and displayed it during a military parade days before President-elect Joe Biden’s inauguration in an effort to boost morale in North Korea and signal military strength to the U.S., the BBC reported.

“The world’s most powerful weapon, submarine-launch ballistic missile, entered the square one after another, powerfully demonstrating the might of the revolutionary armed forces,” the Korean Central News Agency said, according to the BBC.

In October, North Korea held another parade that unveiled what appeared to be the largest intercontinental ballistic missile it had ever built, according to the New York Times (NYT). The U.S. pressured Kim to return to negotiations after the parade.

During the party meeting before the parade showing off the missile, Kim said that nuclear weapons would not be used unless “hostile forces” used theirs against North Korea first, but emphasized that North Korea would continue developing its military and nuclear arsenal to prepare for potential attacks from the “enemy.”

Kim said that the U.S. was North Korea’s “biggest obstacle for our revolution and our biggest enemy no matter who is in power, the true nature of its policy against North Korea will never change,” drawing attention to the upcoming inauguration and a foreign policy challenge Biden will be adopting, the BBC reported. 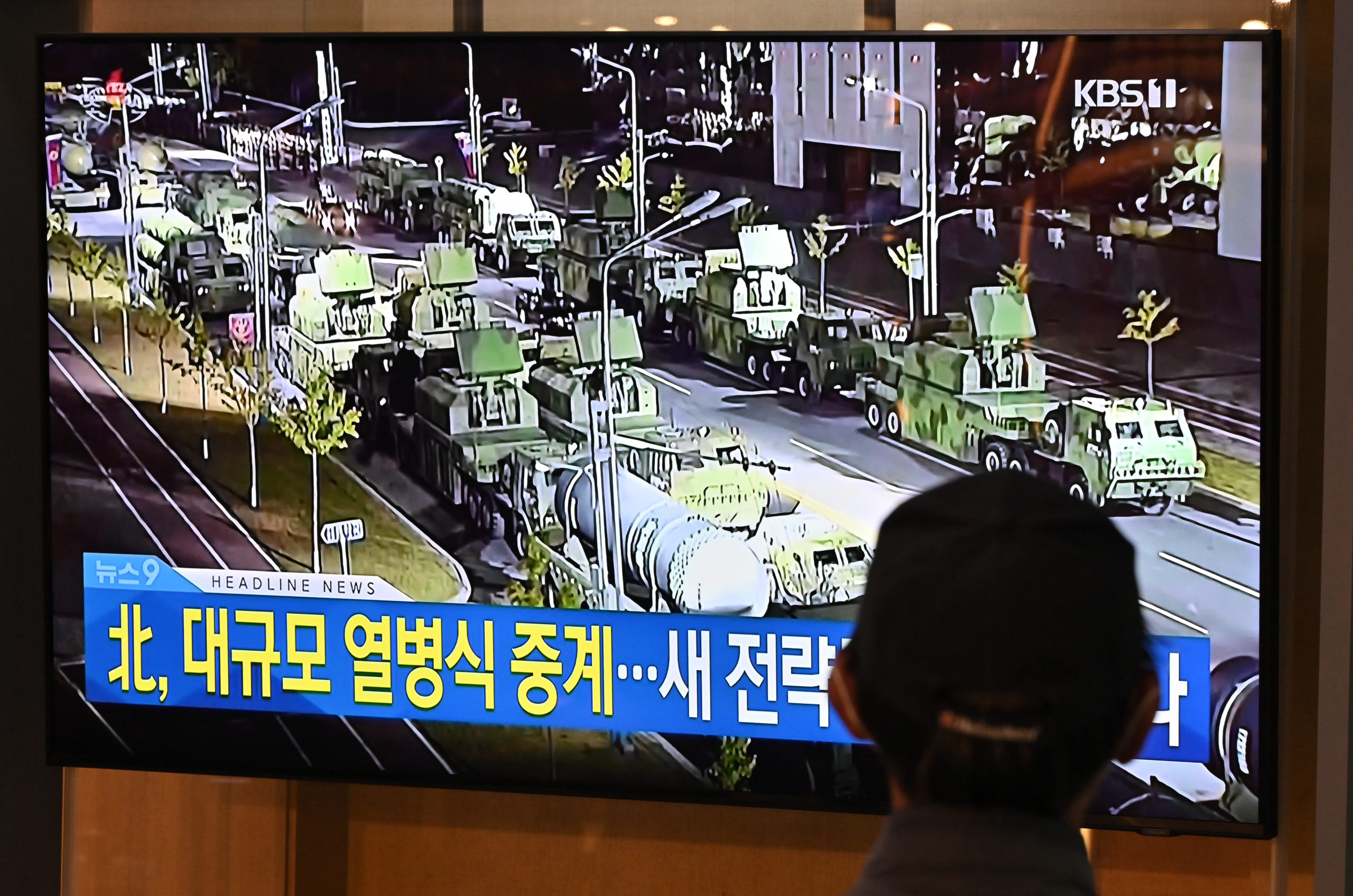 A man watches a television news broadcast of a military parade commemorating the 75th anniversary of North Korea’s ruling Workers’ Party held in Pyongyang, at a railway station in Seoul on October 10, 2020. (Photo by JUNG YEON-JE/AFP via Getty Images)

Kim and Trump met in 2018 and signed an agreement to improve ties between the two nations and work toward “complete denuclearization of the Korean Peninsula,” but the relationship began to fall apart after a second meeting in 2019, where no agreement about dismantling North Korea’s weapons program or easing sanctions was made.

Experts warn that Kim may return to testing missiles to pressure the U.S. back into negotiations, according to the NYT. North Korea views its nuclear force as a valuable bargaining tool with the U.S., which it has sought an easing of sanctions from. During negotiations in 2019, the U.S. rejected demands from North Korea to grant sanctions relief in exchange for partial denuclearization, according to the Associated Press.