Republican Nebraska Sen. Ben Sasse called on the Republican Party to openly “repudiate” QAnon in a Saturday op-ed in “The Atlantic.”

In the op-ed, titled, “QAnon Is Destroying the GOP From Within,” Sasse called the QAnon conspiracy theory, which postulates that President Donald Trump is involved in a battle against “a global network of cannibalistic pedophiles” and whose adherents played a large role in the January 6 riot at the U.S. Capitol, a “rotten seed that took root in the Republican Party.”

“The violence that Americans witnessed—and that might recur in the coming days—is not a protest gone awry or the work of ‘a few bad apples,'” Sasse wrote. “It is the blossoming of a rotten seed that took root in the Republican Party some time ago and has been nourished by treachery, poor political judgment, and cowardice.”

“When Trump leaves office, my party faces a choice: We can dedicate ourselves to defending the Constitution and perpetuating our best American institutions and traditions, or we can be a party of conspiracy theories, cable-news fantasies, and the ruin that comes with them,” he continued. “We can be the party of Eisenhower, or the party of the conspiracist Alex Jones … We cannot do both.” 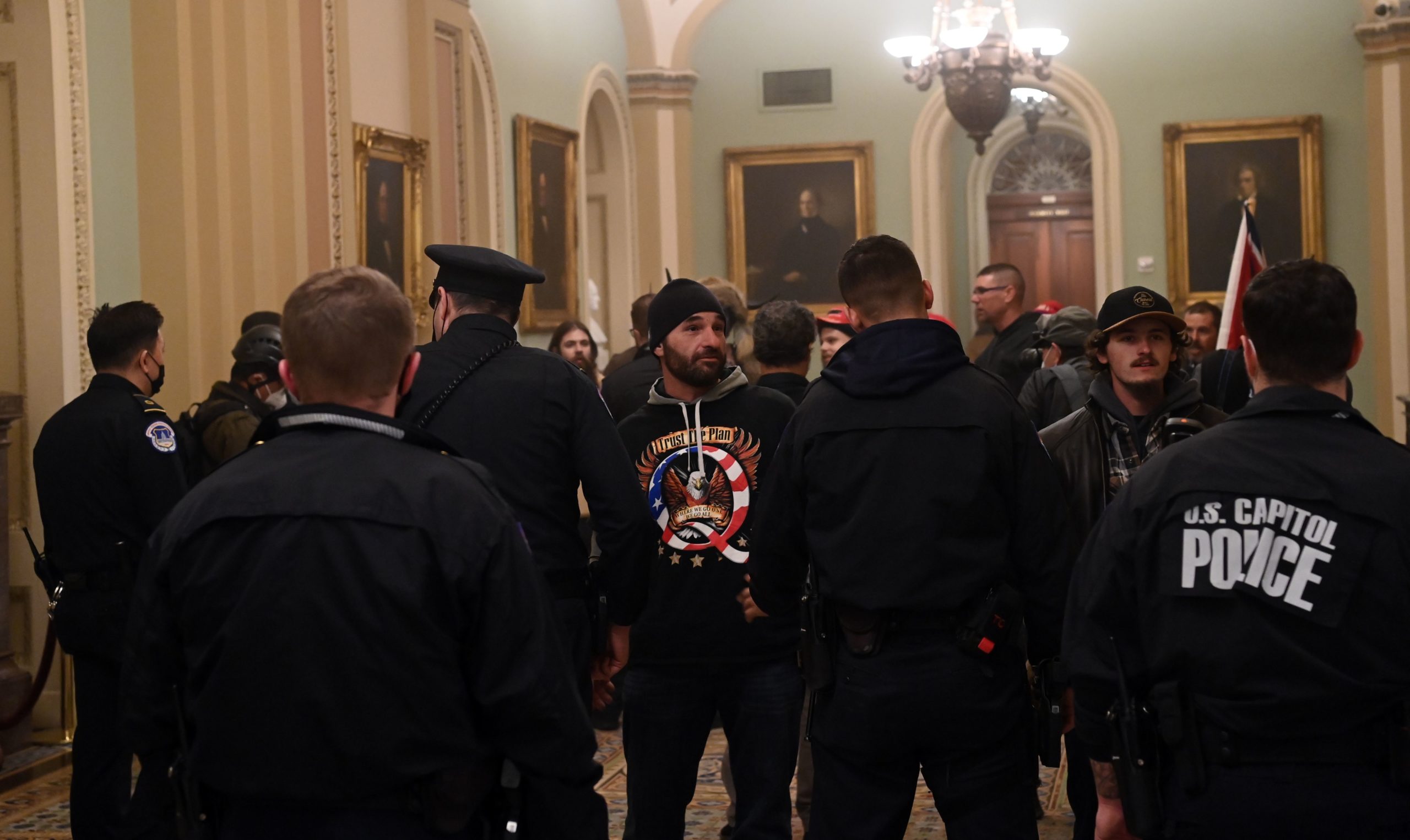 A man wearing a QAnon sweatshirt stands with other protesters, against US Capitol police officers as they try to stop supporters of US President Donald Trump from entering the Capitol on January 6, 2021, in Washington, DC. (Photo by Saul LOEB / AFP) (Photo by SAUL LOEB/AFP via Getty Images)

Lamenting that many party leaders were “winking at QAnon” before the riot, Sasse called on the GOP to “reject conspiracy theories or be consumed by them.”

Sasse called Republican Georgia Rep. Marjorie Taylor Greene, who openly endorsed many QAnon theories before distancing herself during her campaign and says she will introduce articles of impeachment against President-elect Joe Biden on January 21, “cuckoo for Cocoa Puffs” before criticizing House Minority Leader Kevin McCarthy for refusing to “disavow her campaign.”

“If the GOP is to have a future outside the fever dreams of internet trolls, we have to call out falsehoods and conspiracy theories unequivocally,” Sasse wrote. “We have to repudiate people who peddle those lies.” (RELATED: Photos: The Political Symbols Of The Capitol Riot)

After attempting to explain why conspiracy theories like QAnon have taken hold in certain segments of American society, Sasse called on Republicans to “repudiate the nonsense that has set our party on fire” and “rebuild itself.”