New York is looking into buying vaccines from Pfizer due to the U.S. government’s slow distribution pace, Gov. Andrew Cuomo said Monday, according to ABC News. However, Pfizer pushed back on the plan, and the state has fallen behind administering the doses it has received from the federal government.

“My job as governor of New York is to pursue every avenue, and that’s what I’m doing,” Cuomo said during a press conference, ABC News reported. (RELATED: Cuomo Dismisses Vaccine Rollout Criticism From Janice Dean, Claims ‘She’s Not A Credible Source On Anything Except Maybe The Weather’)

Cuomo’s office also released a letter the governor wrote to Pfizer chairman and CEO Dr. Albert Bourla on Monday, asking if the state could purchase vaccines from Pfizer directly.

“I am requesting that the State of New York be permitted to directly purchase doses from you,” Cuomo wrote. “The distribution of any doses obtained directly from Pfizer will follow the rigorous guidance the State has established, while enabling us to fill the dosage gap created this week by the outgoing federal administration.”

Cuomo added that if Pfizer agreed, the move could help “save lives” in New York. 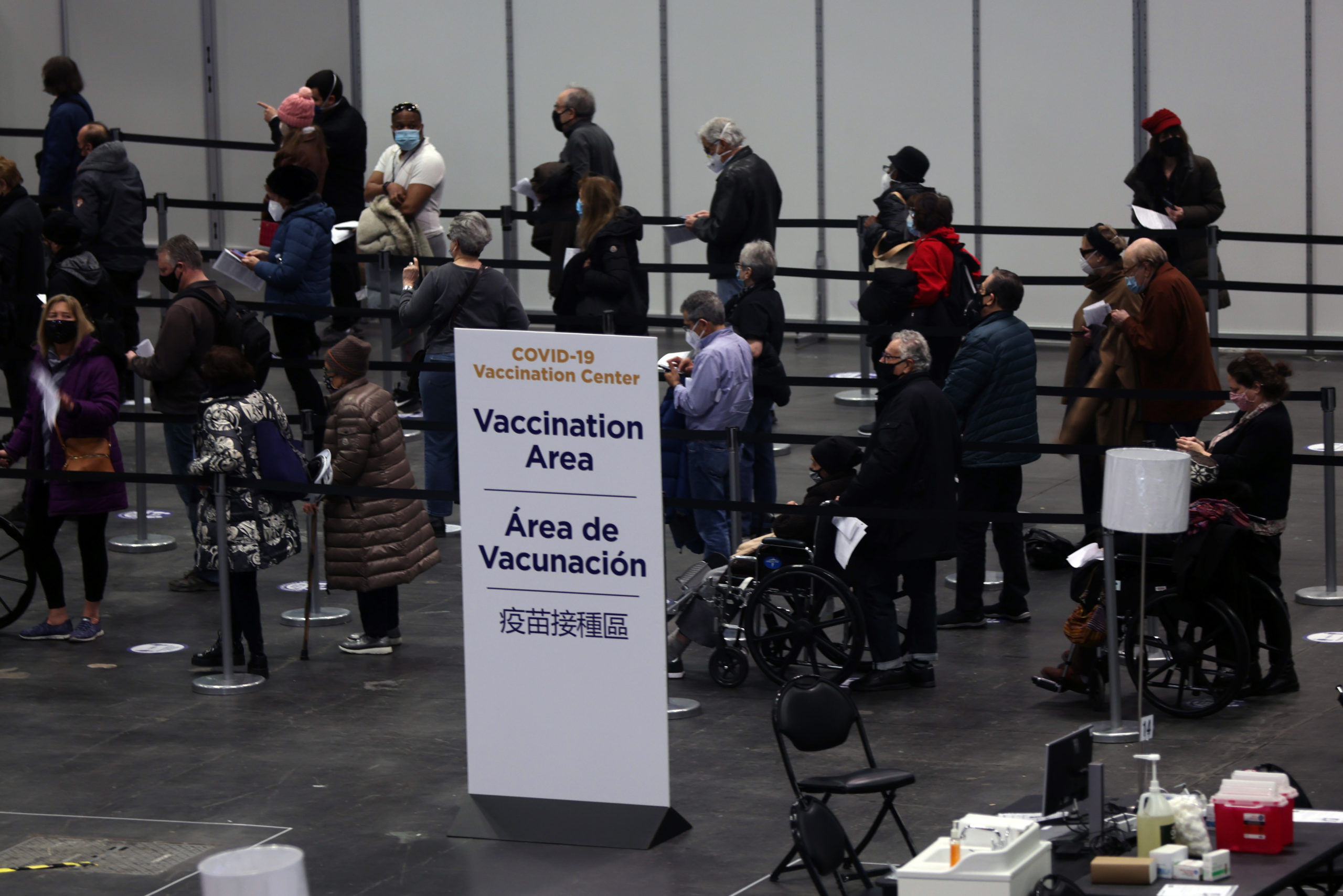 “We would be delighted to learn that New York State has actually administered more than the 54% of the doses it currently reports as having been received from the Federal Government during the last four weeks,” a Department of Health and Human Services spokesperson said in a statement to the Daily Caller News Foundation.

New York has administered just 40% of all the doses the federal government has given it, according to Centers for Disease Control and Prevention data last updated Friday. Of the roughly 1.9 million doses sent to New York, 757,466 have been administered.

“Given that the State could nearly double its vaccinations with what it already has on the shelf, we are perplexed as to why Governor Cuomo is trying to circumvent a long-planned federal allocation system by attempting to cut to the front of the line at the expense of fellow jurisdictions,” the spokesperson said.

The spokesperson added that New York potentially buying vaccines direct from Pfizer could amount to an added cost for American taxpayers.

“Our top priority is maximizing the availability of safe and effective vaccines in a manner which is responsible, fair and equitable for all Americans, not just to those in New York State,” the spokesperson continued.

In addition, Pfizer said in a statement Monday that the Food and Drug Administration (FDA) would need to approve Cuomo’s plan, according to CNBC. The company is not currently authorized to sell vaccines directly to states, according to the statement.

The FDA and Cuomo’s office didn’t immediately respond to requests for comment.

Editor’s note: This post has been updated to include a statement from the Department of Health and Human Services provided after publication.