In February 2015, a video showing 21 Christians being executed by ISIS on a beach in Libya shocked the world.

The men, known as the 21 martyrs, were dressed in orange jumpsuits as they were killed on camera for their Coptic Orthodox faith. For many people, this was the first time they learned of Egypt’s Copts, the largest Christian population in the Middle East.

The Copts, who make up 10% of the country’s population, are familiar with violent persecution. In the last several years, Coptic churches in Egypt have been regularly bombed, and in 2018, a group of Copts were murdered by gunmen while riding a bus on its way to a Christian monastery.

Experts on international religious freedom explained during a Friday panel organized by In Defense of Christians, a Washington-based advocacy group, that leadership domestically and abroad is making the survival of the Christian faith in Egypt a real but fragile possibility.

If politicians can turn words and gestures of goodwill into thorough, reliable actions, there is a reason to be optimistic about the future of Copts in Egypt. 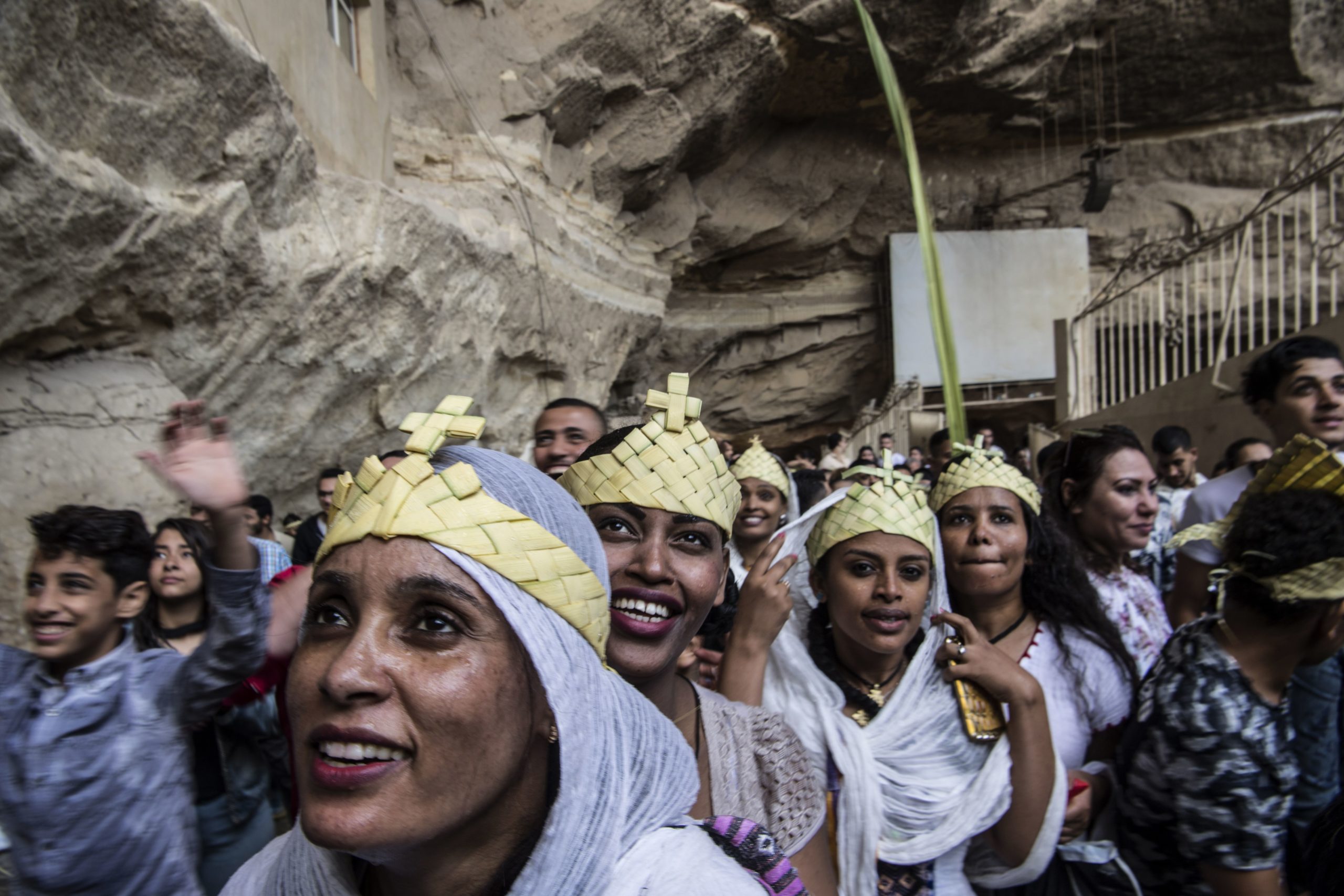 Ethiopian Orthodox and Egyptian Coptic Christians take part in Palm Sunday celebrations at the Saint Simon Church, also known as the Cave Church, in the Mokattam district of the Egyptian capital, Cairo during a mass marking Palm Sunday on April 21, 2019. (Photo by Khaled DESOUKI / AFP) (KHALED DESOUKI/AFP via Getty Images)

The panel discussed improvements made under the presidency of Abdel Fattah al-Sisi, who has had a close relationship with President Donald Trump.

“One thing we know is that Egypt is a super important country for the U.S.,” U.S. Commission on International Religious Freedom (USCIRF) Commissioner Nadine Maenza, one of the panel speakers, told the Daily Caller. “It’s a close friend, a strategic ally, a long-term ally. There will always be aid for Egypt, whether USAID or military.”

However, there was a mutual agreement among the panelists, which included Republican Arkansas Rep. French Hill, Democratic Rep. Brad Sherman, and commissioners from USCIRF, among others, that there was a lot left to be done in the quest for equality for Christians and other religious minorities in Egypt.

USCIRF, a federal government commission that closely monitors religious freedom abroad and issues recommendations to the U.S. government for addressing worrisome trends, has recommended Egypt for its “special watch list.” USCIRF points to pervasive religious discrimination despite positive signs that Sisi and other high-ranking Egyptian officials advocated for tolerance.

According to the panelists, the U.S. has a key role in promoting religious freedom in the North African country.

Maenza explained to the Daily Caller how President-elect Joe Biden’s incoming administration can build on the progress made under the Trump administration to further advance religious liberty in Egypt for its Christian community.

“The largest Christian community in the Middle East is in Egypt, so this is a large population of people who are dependent on what direction this government goes in terms of laws that impact them,” she said.

Maenza told the Caller that the Egyptian government’s response to violence against Copts has allowed for the culture of impunity for perpetrators to continue.

“What we’ve seen, especially in rural areas in upper Egypt like Minya, is there’s no real response or consequence in committing atrocities against Christians or religious properties, so what we’ll see is that these types of crimes will go to what’s called ‘customary reconciliation sessions,’” Maenza said.

Reconciliation sessions intend to gather security leaders, Christians and Muslims after an incident with a goal of “customary reconciliation” between the two parties involved in a religious dispute. Hypothetically, these agreements are meant to peacefully make amends and restore relations between wronged religious groups. However, advocates say these sessions often fail to provide effective solutions, and can result in decisions that force Christian families who may have been victimized to close churches or give up property.

“I certainly understand how some thought they could be the answer to when there’s sectarian violence you get everyone together and you make it go away, and you just move on,” Maezna said. “But what we’ve seen is basically no consequence for violence against these communities, against Coptic Christians and against churches, so what happens is mob violence, and individual violence.” 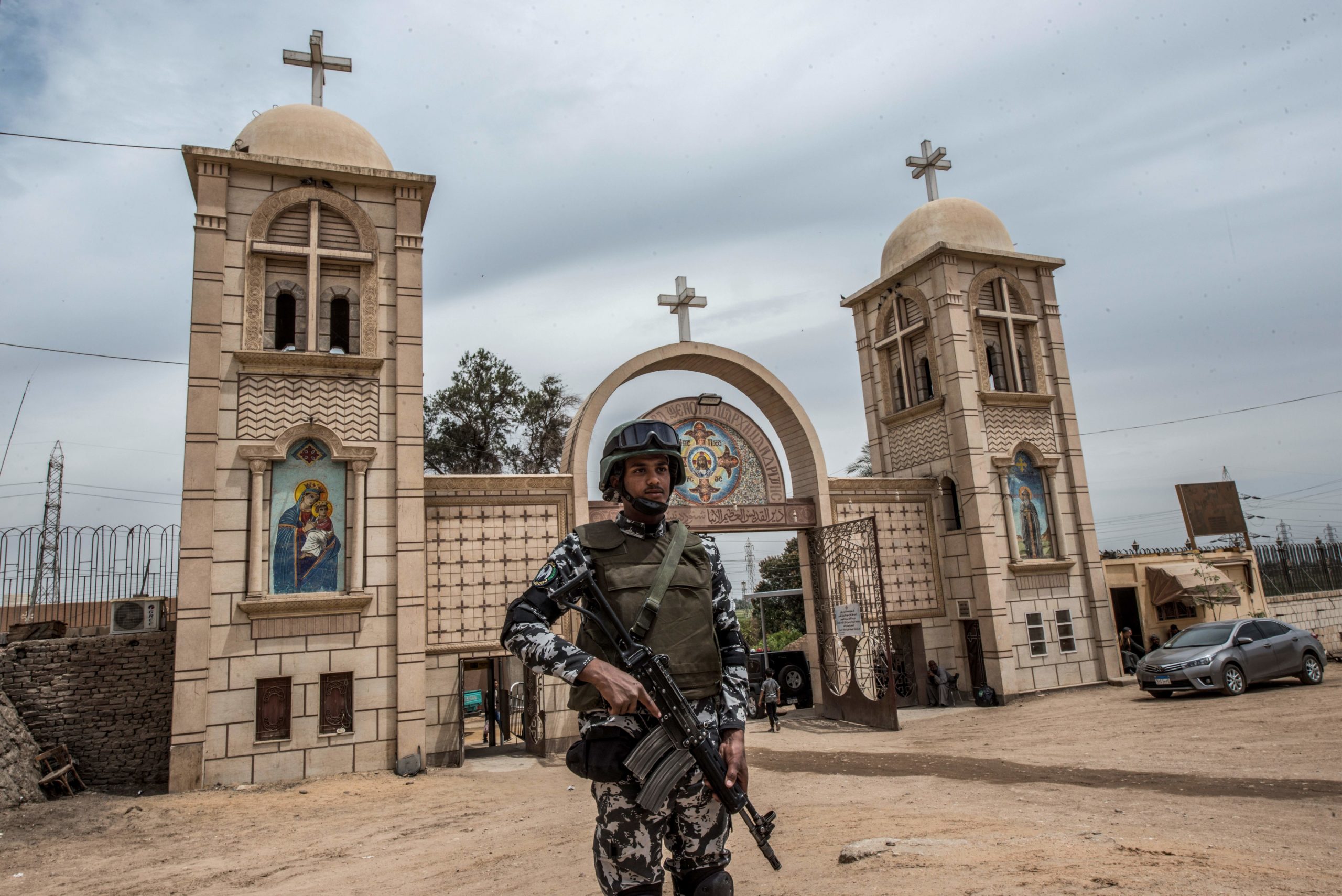 A member of the Egyptian security forces stands guard outside the gatehouse of the Coptic Orthodox “White Monastery” of St Shenouda (Schenute) the Archimandrite in Egypt’s southern Sohag province, about 500 kilometres south of the capital Cairo, on April 6, 2019. -( KHALED DESOUKI/AFP via Getty Images)

“Instead of arresting them and putting them through the judicial system, they’re put through these customary reconciliation councils where both sides have to admit to what they’d done wrong,” she continued. “So, you’ll have the victim admitting to having done something wrong, and then both sides pay a price but they don’t go to jail. Often a victim has to give something up as well.”

During the Trump administration, Egyptian leaders inspired confidence in some human rights advocates that the country would take a new direction that prioritized religious liberty for minorities after years of sectarian violence.

In January 2018, Secretary of State Mike Pompeo visited the recently opened Coptic Cathedral of the Nativity, not far from Cairo, and called Egypt “a land of religious freedom and opportunity. It’s remarkable.”

The site of the church was a symbol for many that the country had turned a corner.

Maenza pointed to an occasion when Sisi remarked that everyone has a right to “believe or not believe,” she said, which signaled a shift in sentiment, which she called “transformational.”

“It’s shocking to hear these leaders say the things they’re saying,” she said. You see the affection that President Sisi has toward the Coptic community. No one is doubting that the desire is there for there to be tolerance and acceptance.”

But legal change needs to follow in order for gestures to carry weight. IDs still show each Egyptian’s religion, creating opportunity for discrimination against minorities. There’s very little representation in Egyptian government of Copts — in some agencies, there are none at all. Education doesn’t account for the contributions Copts have made to society, excluding them from Egypt’s historical fabric.

A Coptic activist in Egypt, Ramy Kamel, was arrested in 2019 a day before he was scheduled to testify at the U.N. Forum on Minority Issues and has remained in pre-trial detention since then. He was charged with membership of a terrorist organization and spreading “false news,” although neither he nor his lawyer have seen documentation backing up the charges.

Samuel Tadros, one of the panelists at the event and a senior fellow at the Hudson Institute’s Center for Religious Freedom, cited the example of a church construction law that established a process for Copts to build churches with a streamlined process, but in practice, was extremely slow. (RELATED: Future Of Middle East Christians Looks Bleak, Experts Say — Will A Biden Administration Take Steps To Protect Them?)

“Here you have ISIS killing Copts in Libya, the president of Egypt promising to build the church to honor those martyrs in that village they came from, and then the reaction of the mob refusing to allow the church to be built inside their village, attacking the hopes of the very families that lost their loved ones at the hands of ISIS in Libya,” Tadros said. 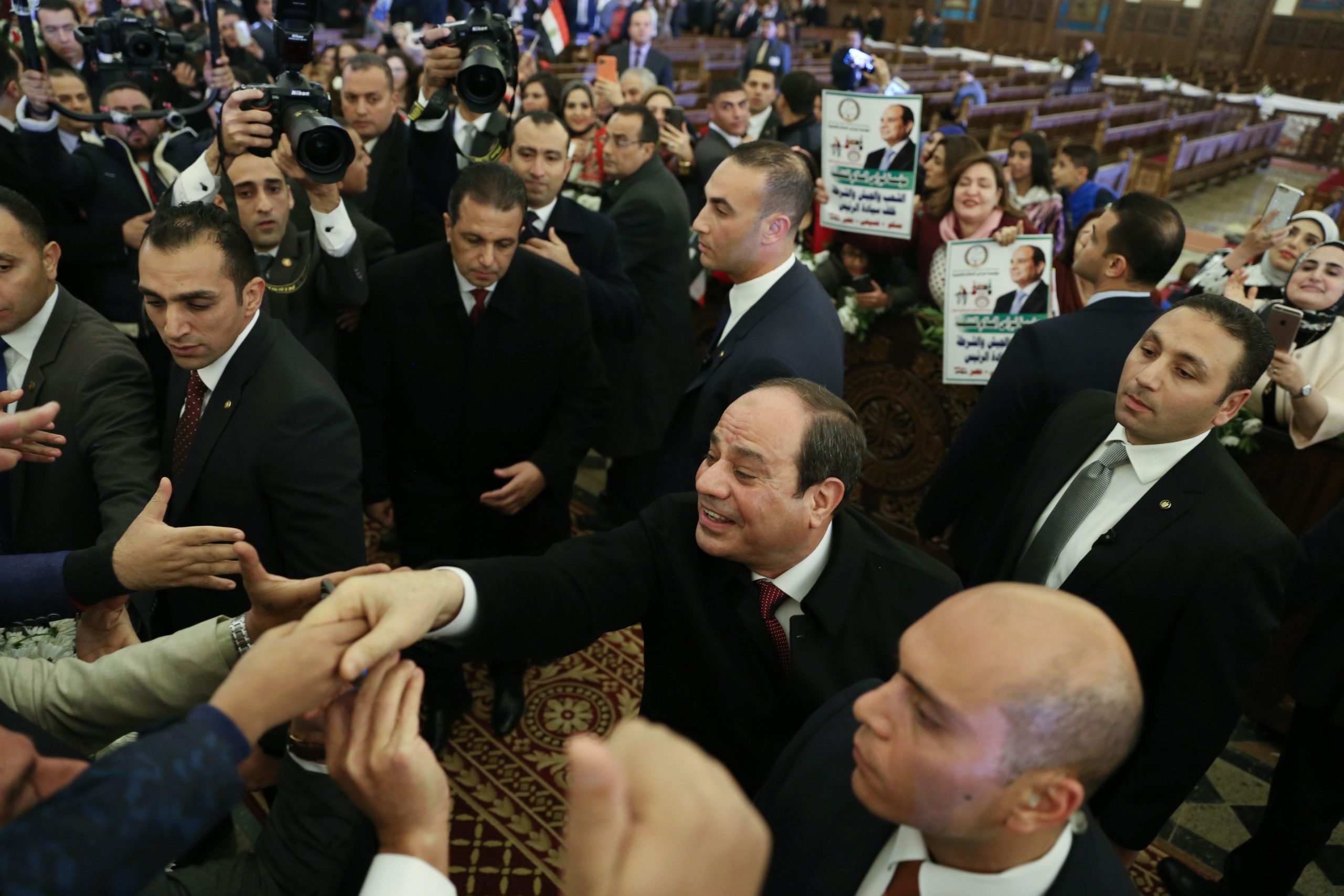 In the end, Tadros added, a reconciliation session resulted in appeasing the demands of those wanting to move the church. The house of worship has since been built outside the village “so it wouldn’t be in their midst.”

Maenza says that some developments in the Biden administration’s selections for key foreign aid and policy roles have been promising. Samantha Power, a former U.N. Ambassador who Biden appointed for the head of United States Agency for International Development (USAID), signaled to her that “aid is going to be strategically used to further human rights and issues like American values.”

“So hopefully religious freedom is included in that,” Maenza said.

Maenza also said that if the Biden administration prioritized the release of activists detained in Egypt, like Kamel, she believes they would be granted freedom.

“My guess would be if he called president Sisi, he would probably release [Kamel]. I could be wrong, but that’s my guess.”