The market has risen 13% since Joe Biden’s election victory on Nov. 3 as of Tuesday, the highest since the 8.8% market surge that occurred between former President John F. Kennedy’s 1960 victory and his 1961 inauguration, according to CFRA Research, CNN Business reported. Stocks gained another 8.9% over the course of Kennedy’s first 100 days as president.

“Neither the president-elect, nor I, propose this relief package without an appreciation for the country’s debt burden,” Yellen said Tuesday during her confirmation hearing, CNBC reported. “But right now, with interest rates at historic lows, the smartest thing we can do is act big.” 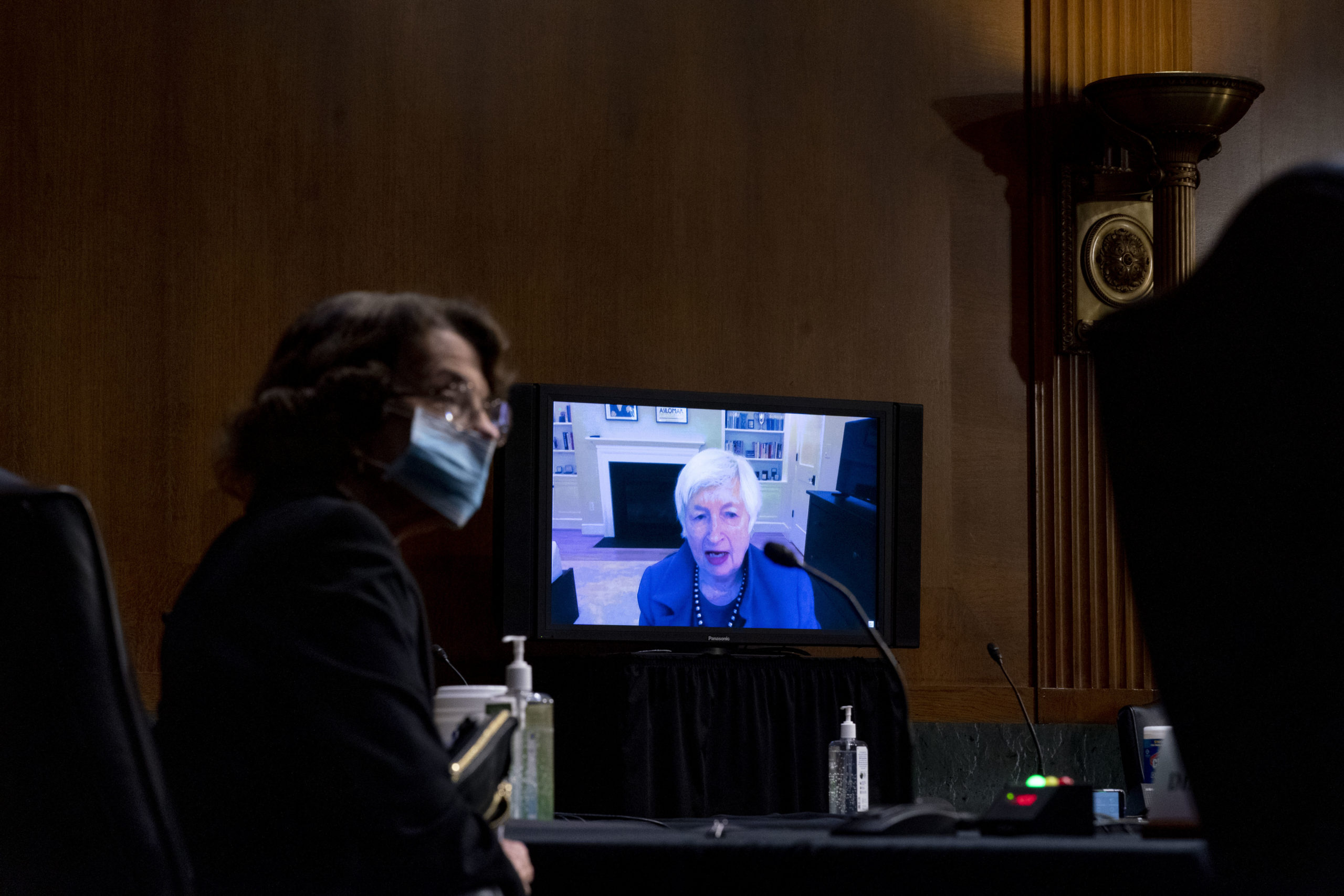 “I believe the benefits will far outweigh the costs, especially if we care about helping people who have been struggling for a very long time,” Yellen said. (RELATED: US Lost 140,000 Jobs In December, Economists Expected A Modest Gain)

Yellen suggested that the Biden administration will push a large coronavirus relief package early in Biden’s presidency, according to CNBC. Biden released a $1.9 trillion proposed relief bill Thursday, which included $2,000 direct payments to Americans and an additional $400 in unemployment pay per week.

While stocks across the board have seen significant gains since November, oil and bank stocks have seen the biggest gains, CNN Business reported. Oil companies are likely to benefit from an economic recovery while banks will benefit from increased loan demand.

Small companies also have had success, outperforming both the Dow Jones Industrial Average and S&P 500, according to CNN Business.

During Trump’s presidency, the stock market hit several milestones as it surged higher than ever before, according to Reuters. However, the coronavirus pandemic caused a significant downturn negating many of those previous gains.