The United States officially surpassed 400,000 coronavirus deaths on Tuesday, according to Johns Hopkins University, the highest total of any country in the world.

The recent milestone follows the pandemic’s resurgence in states across the country, resulting in record daily new case counts, hospitalizations and deaths.

The U.S. has averaged well over 200,000 daily cases since early December and has had dozens of days with over 3,500 daily deaths, and while the number of hospitalizations has slightly declined from its peak a week ago, 124,000 Americans still remain hospitalized, according to the COVID Tracking Project. 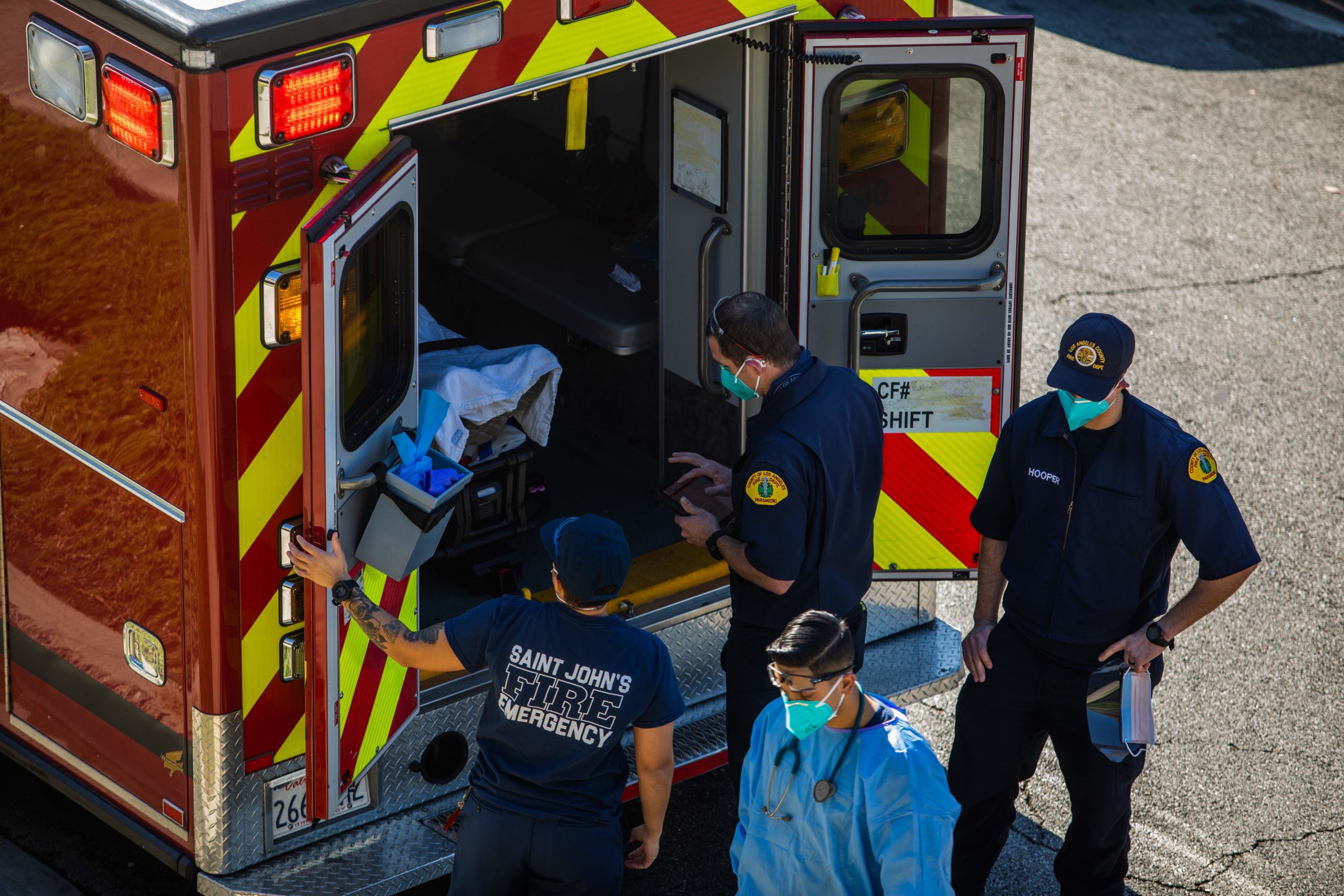 After administering him with oxygen, County of Los Angeles paramedics load a potential Covid-19 patient in the ambulance before transporting him to a hospital in Hawthorne, California on December 29, 2020. (Photo by APU GOMES/AFP via Getty Images)

It took four months for the U.S. to record its first 100,000 COVID-19 deaths, but it took just over one month for the nation to reach its most recent 100,000 deaths. The spike in deaths led to the coronavirus becoming the leading cause of death in the U.S., Centers for Disease Control and Prevention Director Robert Redfield said in December. (RELATED: Global Coronavirus Death Toll Tops 2 Million)

The new milestone comes on President Trump’s final day in office. While his administration’s Operation Warp Speed was instrumental in developing effective vaccines in record time, the distribution of vaccines lagged and some states have said that they are facing dire supply shortages. (RELATED: Vaccine Stockpile Trump Administration Promised Doesn’t Exist)

Health officials have also expressed concern over two new coronavirus variants, both of which are believed to be more transmissible than the original strain. The CDC warned on Friday that a strain originating in the United Kingdom could become the dominant strain in the U.S. by March.

But even with the distribution of vaccines slowly accelerating, officials warn that the pandemic’s worst weeks likely still lie ahead.

“I think we still have some dark weeks ahead,” said Dr. Rochelle Walinsky, Biden’s incoming CDC director, adding that she expected that the U.S. would surpass 500,000 coronavirus deaths in February.