The move comes after D.C. Archbishop Wilton Gregory said he would not deny Biden communion at Mass, though Biden supports policies that explicitly oppose Catholic Church teaching, such as abortion.

It is unclear whether the lawmakers received communion during the mass. St. Matthew’s did not immediately respond to a request for comment. (RELATED: Media Calls Biden A ‘Devout Catholic.’ Where Does He Actually Stand With The Catholic Church?)

The former vice president will be the second Catholic in the nation’s history to assume the highest office in the land, but he has drawn criticism for supporting and advocating for policies which the Catholic Church explicitly opposes.

Biden has frequently referenced his Catholic faith throughout his political career, describing his religion as “the bedrock foundation” of his life. He has frequently interacted with Pope Francis, the head of the Roman Catholic Church, and was reportedly spotted holding rosary beads during the 2011 raid on Osama Bin Laden. 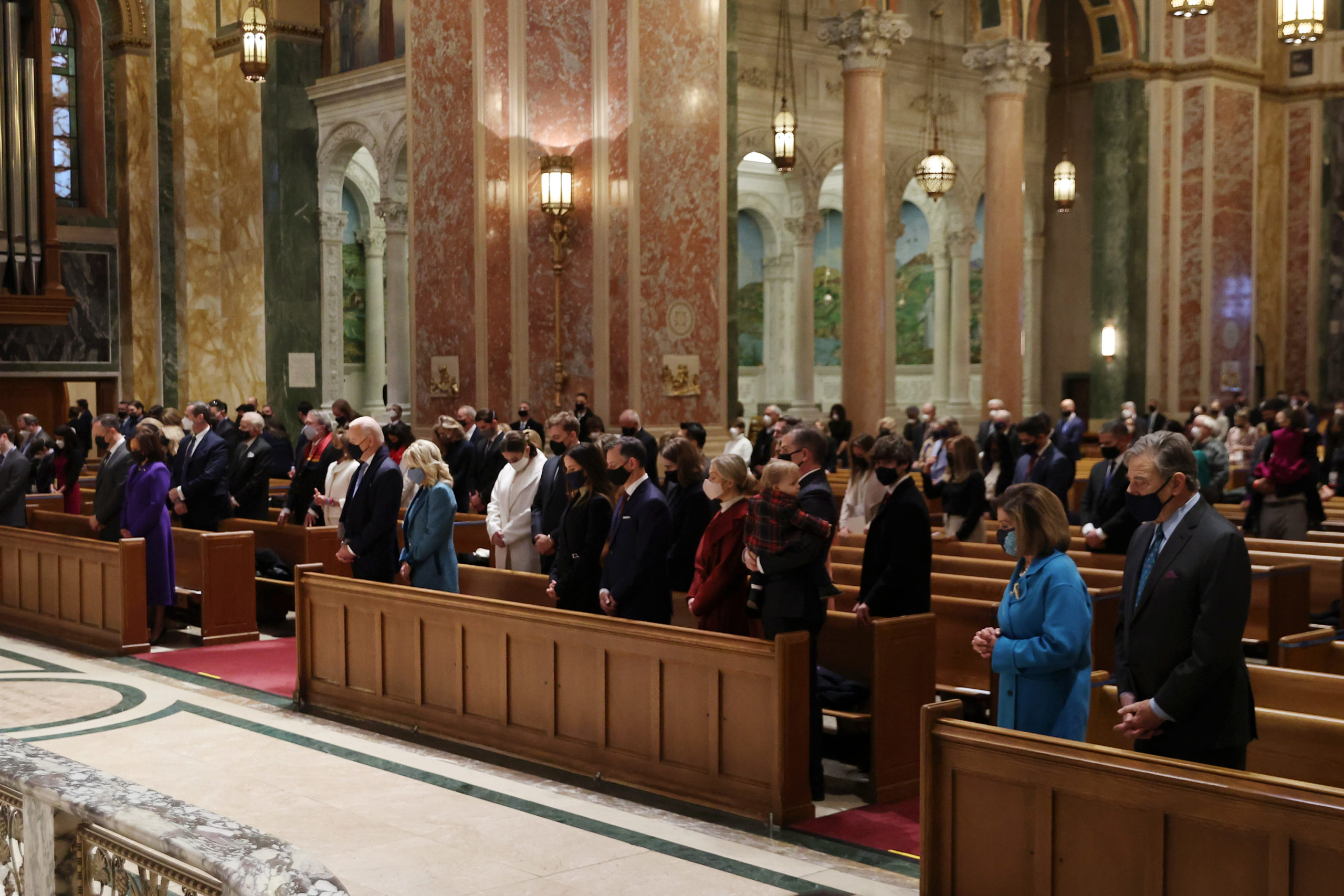 “My religion is just an enormous sense of solace,” Biden said in 2015, discussing the tragic deaths of his wife and daughter in a 1972 car accident as well as the death of his son Beau Biden, who died of cancer in 2015. (RELATED: DC Archbishop Says He Would Give Pro-Abortion Joe Biden Communion)

The United States Conference of Catholic Bishops has warned that Catholics in politics “have an obligation in conscience to work toward correcting morally defective laws, lest they be guilty of cooperating in evil and in sinning against the common good.”

Biden frequently referenced his faith as a reason for his pro-life votes in the Senate earlier in his career, but he has changed his abortion stances and today champions almost unlimited abortion access as a presidential candidate. This prompted a priest to deny Holy Communion to Biden during mass at a Catholic church in South Carolina in October 2019. (RELATED: Here’s How Joe Biden Has Evolved On Abortion As He Attempts To Become President)

Biden has also promised that as president, he will reinstate Obama-era policies requiring the Little Sisters of the Poor to give employees access to birth control — though this goes against the religious beliefs of the sisters, and despite the fact that the Supreme Court ruled July 8 that the Catholic nuns are exempt from Obama’s contraceptive mandate.

The former vice president also advocates for same-sex marriage, though the Catholic Church teaches that marriage is between a man and a woman.