As one of his final acts, President Donald Trump issued dozens of commutations and pardons early Wednesday morning for a slew of people including nonviolent offenders, a former mayor and a Google engineer who pled guilty to trade secret theft.

Of the 70 commutations, a handful had received sentences for nonviolent drug offenses, such as Michael Pelletier, Craig Cesal and Darrell Frazier.

Pelletier, 64, has served 12 of his 30 year sentence for conspiracy to distribute marijuana, according to the White House.

“Mr. Pelletier has maintained a clear disciplinary record, has thrived as an artist working with oil paints on canvas, and has taken several courses to perfect his skill while incarcerated,” the White House said, noting Pelletier will be living with his brother and has a job lined up.

Trump commuted the sentence of Cesal, who was serving a life sentence for conspiracy to distribute marijuana. Cesal “had an exemplary disciplinary record” and worked as a paralegal assistant and a Eucharistic Minister in the Catholic Church to help other prisoners, the White House said.

Cesal is looking forward to being present at his daughter’s upcoming wedding.

Having served 29-years of a life sentence for non-violent conspiracy to distribute and possess with intent to distribute cocaine, Frazier also received a commutation.

During his time in prison, Frazier created the Joe Johnson Tennis Foundation which gives free tennis lessons to underprivileged kids, according to the White House.

Others who received a commutation for non-violent drug charges include Lavonne Roach, Robert Francis, Brian Simmons and David Barren.

Trump passed the First Step Act in 2018, a major piece of criminal justice reform legislation that had bipartisan support. The legislation aimed to reduce recidivism rates and expanded early release for non-violent offenders.

“We’ve got to give Trump credit where credit is due,” Jones said. “He did fight hard to pass the bill and he made it possible for other Republicans to also be in the pro-criminal justice camp.”

Trump also issued a full pardon to Anthony Levandowski, a former Google engineer who led efforts to create self-driving technology, according to the White House.

Levandowski was sentenced in August to 18 months in prison after he pled guilty to stealing trade secrets from Google before leaving the company to join Uber. In the months leading up to his departure, Levandowski illegally downloaded engineering, manufacturing and business files related to Google’s self-driving car technology, according to the Department of Justice (DOJ).

The White House said Levandowski “paid a significant price for his actions and plans to devote his talents to advance the public good.”

Kilpatrick served 7 years for a racketeering and bribery scheme while he was mayor. 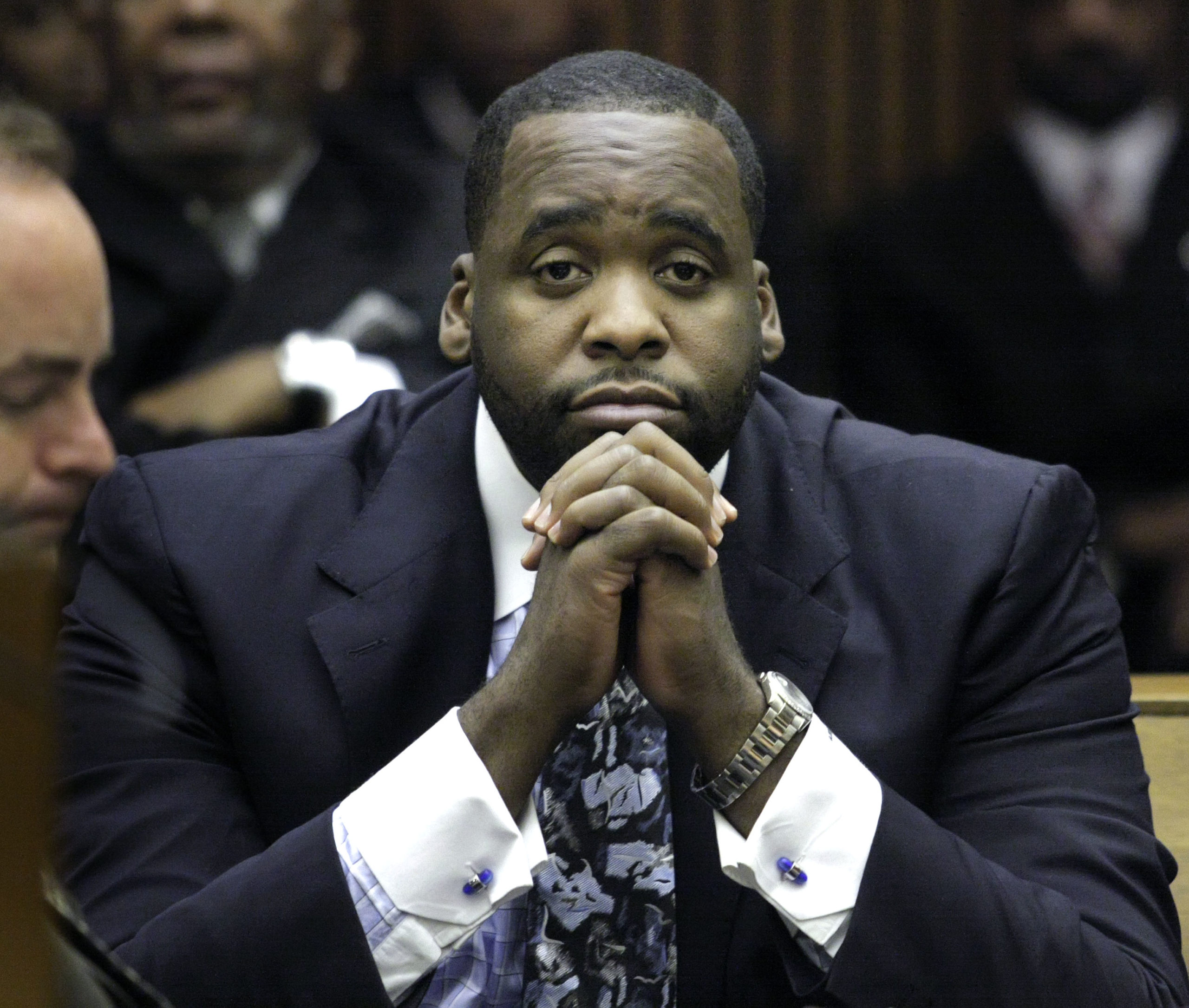 “This is a decision President Trump got right.”

Kwame Kilpatrick is a person of great talent who still has much to contribute. I know how close he is to his three sons and I could not be happier for them being together again. This is a decision President Trump got right.

“Kwame Kilpatrick has earned every day he served in federal prison for the horrible crimes he committed against the People of Detroit. He is a notorious and unrepentant criminal. He remains convicted of 24 felonies,” Schneider said. “Kilpatrick has served only one quarter of the sentence that was very appropriately imposed. Thankfully, under Michigan law, he cannot hold state or local public office for 20 years after his conviction.”

Kilpatrick had exhausted all other avenues in setting himself free, losing all appeals and having the Supreme Court refuse to hear his case, according to the Detroit Free Press. Kilpatrick also attempted to get a commutation from President Barack Obama but was denied, according to the report.

In 2019 Kilpatrick praised Trump in a letter, according to Deadline Detroit.

“You have shaken up the entire world … and that is a great thing to behold,” Kilpatrick wrote, according to Deadline Detroit.

“I applaud your boldness and tenacity in confronting the traditional and sometimes deformed politics of our country. You have vociferously exposed the treacherous and calculating schemes of our media and government that have worked to crush families, communities and even Truth itself. Thank you for standing up, speaking out, and exposing this wickedness.”