The bombing occurred in the Bab al-Sharqi commercial area of central Baghdad amid political tensions due to early elections and a crippling economic crisis.

Iraqi military officials claimed that the Islamic State group was responsible for the attack, the AP reported.

Health minister of Iraq, Hassan Mohammed al-Tamimi, reportedly said the attack left at least 32 people dead and 110 wounded. Some of those wounded were in critical condition.

Spokesman for the Joint Operations Command, Maj. Gen. Tahsin al-Khafaji, reportedly said the first bomber yelled loudly in the middle of the crowded market that he was ill before detonating his explosive belt. The second suicide bomber set off his belt quickly after, the AP reported.

“This is a terrorist act perpetrated by a sleeper cell of the Islamic State,” al-Khafaji stated, according to the AP. He also claimed that the Islamic State “wanted to prove its existence” after military operations made many attempts to eradicate the militants.

Several assaults by the Islamic State group and Shiite militia groups have occurred in Iraq in recent months. Militias have been attacking the American presence in Iraq with mortars and rockets. (RELATED: US Embassy In Baghdad Targeted In Rocket Attack, Pompeo Blames Iran-Backed Militias)

The bombings came days after Iraq’s government decided to hold early elections in October. After receiving demands from anti-government protestors, Prime Minister Mustafa al-Kadhimi announced in July that early polls would be held, the AP reported. 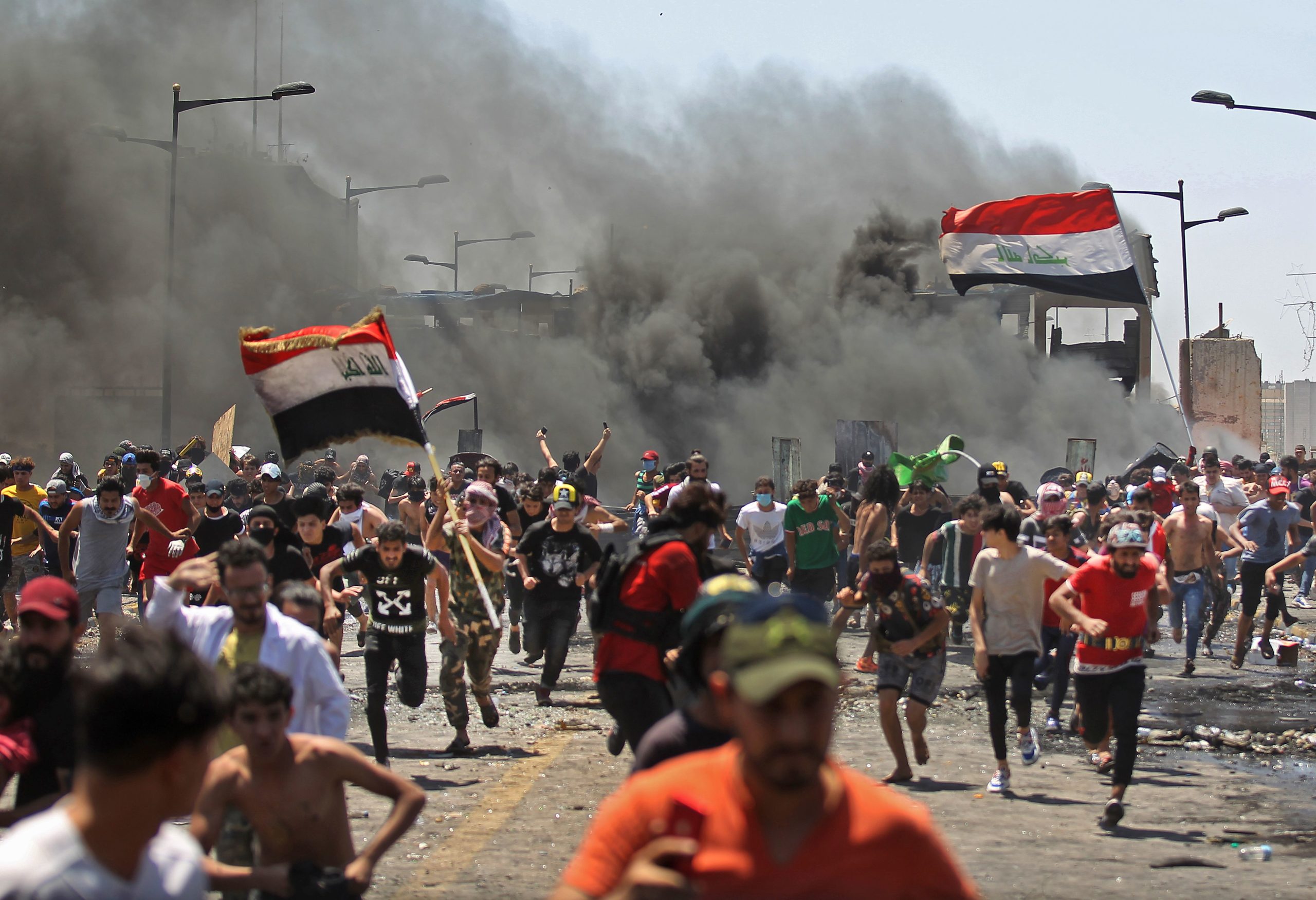 Iraqi protesters run for cover as they clash with security forces on Al-Jumhuriyah bridge in the capital Baghdad, during an anti-government demonstration on May 10,2020. (Photo by AHMAD AL-RUBAYE/AFP via Getty Images)

Tens of thousands of demonstrators took to the streets demanding political change and protesting government corruption and poor services. Over 500 people were killed in these demonstrations when police used live rounds and tear gas to control crowds, the AP reported.