The number of Americans filing new unemployment claims decreased to 900,000 last week as the economy continued to suffer the effects of the ongoing coronavirus pandemic, according to the Department of Labor.

The Bureau of Labor and Statistics (BLS) figure released Thursday represented a decrease in the number of new jobless claims compared to the week ending Jan. 16, in which there were 965,000 new jobless claims reported. Roughly 16 million Americans continue to collect unemployment benefits, according to the BLS report Thursday.

Meanwhile, the stocks surged to record highs Wednesday as President Joe Biden was sworn into office and Democrats became the majority party in Congress. Investors were optimistic about Biden’s proposed $1.9 trillion relief bill, which includes $2,000 direct payments to Americans and an additional $400 in unemployment pay per week. 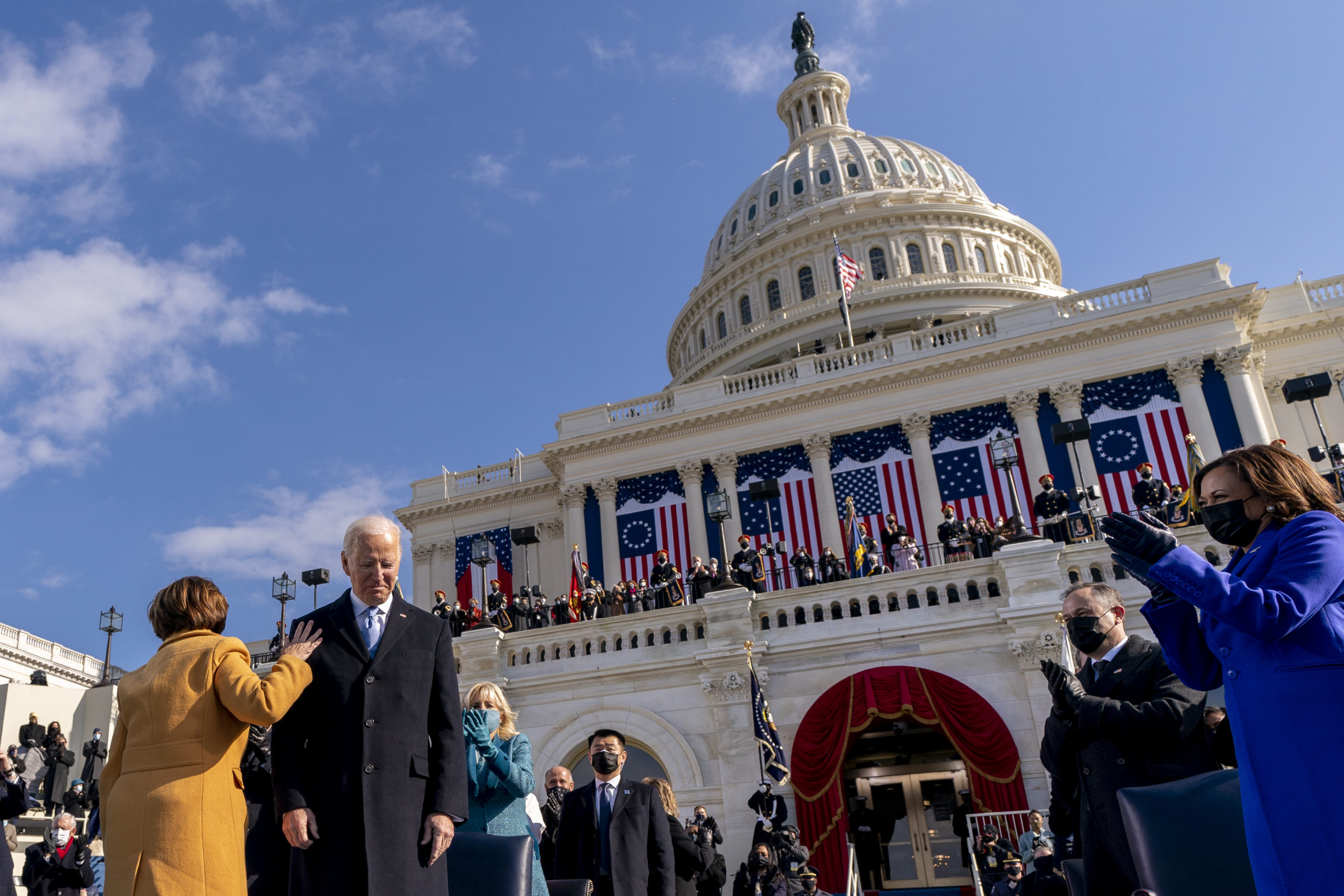 Sen. Amy Klobuchar touches the shoulder of President Joe Biden as Vice President Kamala Harris looks on after he was sworn in front of the U.S. Capitol on Wednesday. (Andrew Harnik-Pool/Getty Images)

“Neither the president-elect, nor I, propose this relief package without an appreciation for the country’s debt burden,” Biden’s pick to lead the Treasury Department Janet Yellen said Tuesday during her confirmation hearing, CNBC reported. “But right now, with interest rates at historic lows, the smartest thing we can do is act big.”

Biden inherits an economy that has been sluggish in recent weeks and months. The U.S. lost 140,000 jobs in December, marking the first jobs loss since April, according to the Department of Labor data released Dec. 4. U.S. retail sales plummeted by 1.1% in November even as holiday shopping began, a Department of Commerce report showed Dec. 16. (RELATED: Biden Post-Election Stock Market Gains Highest Since JFK Election: Report)

Average coronavirus cases and deaths per million have stayed elevated for months, according to The COVID Tracking Project. On Wednesday, the U.S. reported 4,409 new coronavirus-related deaths and 185,822 new cases while 122,700 Americans remained hospitalized from the virus.