A 73-year-old snorkeler walked away from a shark attack in Maui on Friday morning, according to the Maui Department of Fire and Public Safety, CNN reported.

The man, a California resident, swam to the shore and dialed emergency services following the shark attack, according to a statement from the Department of Land and Natural Resources (DLNR). The man “suffered only minor lacerations,” according to the DLNR’s statement. (RELATED: Surf Championships Cancelled After Shark Attacks, Eats A Man’s Board)

The snorkeler was around 40 feet from shore and had apparently got bitten in the calf, officials said, according to CNN. The man, who is in good condition, was given first aid after he got back to the shore.

The shark was around eight feet long and authorities are still at the beach and recommended to people who go to the beach to keep out of the water, the Maui Fire Department said in a press release, according to CNN on Friday.

“Shark warning signs have been posted from Pu’Keka’a (Black Rock Beach) to Honokowai Beach Park warning people to stay out of the ocean until an all-clear is given,” Division of Conservation and Resources Enforcement (DOCARE) Lt. Ron Cahill said, according to the DLNR statement. 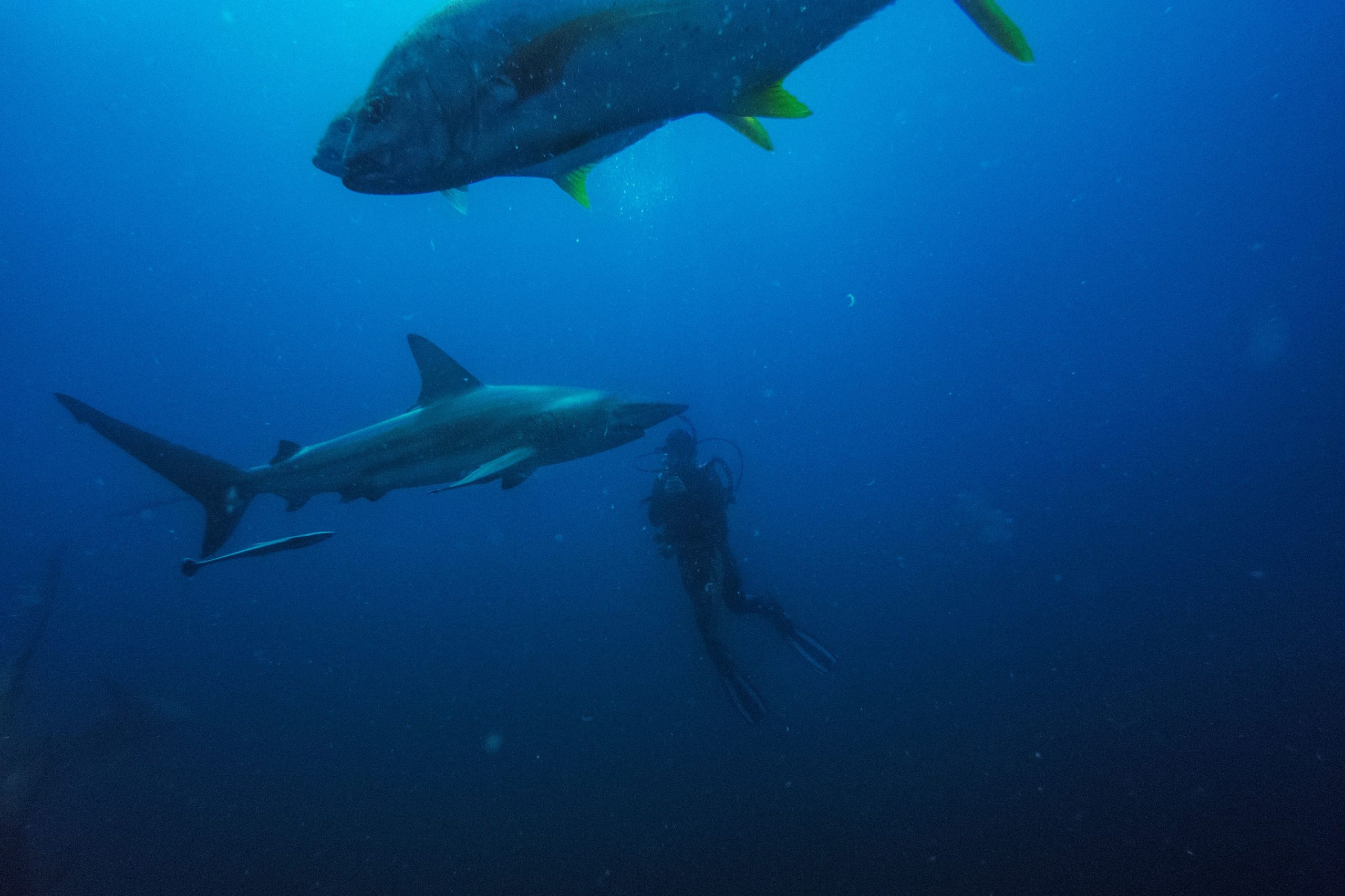 Divers from the Blue Ocean Dive Resort swims with black-tip sharks and other fishes during a baited shark dive in Umkomaas near Durban, South Africa, on December 10, 2020. (MICHELE SPATARI/AFP via Getty Images)

“Warning signs always remain in place until noon of the day following all shark incidents, after officers and lifeguards have assessed the ocean to be sure there is not any shark presence,” Cahill said, according to the statement.

Friday’s shark attack follows the first confirmed on Jan. 2 in Hawaii this year, according to CNN. There were six shark attacks confirmed in 2020.

The County of Maui Department of Fire and Public Safety didn’t immediately respond to a request for comment.