Republicans are paying extra attention to a number of Republican governors, senators, and former officials that might consider making a run for president in 2024.

The contenders come from various contingents of right-leaning thought, and will be fighting to capture parts of former President Donald Trump’s base. Whichever Republican hopeful prevails will not only become the Republican Party’s nominee, but also help determine the ideological trajectory of the Republican Party in the post-Trump era.

Vice President Mike Pence might decide to do the same, but Pence’s relationship with Trump seems to be severely tarnished after Pence did not contest the certification of the Electoral College results, as reported by The Hill.

However, Pence could still curry Trump’s favor given his efforts over the course of the Trump administration’s tenure. Pence was a key player in staffing Trump’s White House and executive departments, revitalizing the United States’ space program, among other roles, according to Indianapolis Monthly. He also headed the Coronavirus Task Force. The task force also oversaw Operation Warp Speed, which was integral to developing the COVID-19 vaccine—the fastest vaccine developed in history, National Geographic noted.

Texas Republican Sen. Ted Cruz could run for president again come 2024 after he defended his senate seat in 2018 from Democratic challenger Beto O’Rourke. Cruz’s bid for the presidency in 2016 ended in failure as Trump captured the Republican Party’s nomination.

Cruz has received condemnation from some of the members of his own party for contesting the 2020 Electoral College results.

In the Senate, Cruz has become a high-profile advocate for gun rights, religious liberty, and the right to life, particularly during the confirmation of Trump’s three Supreme Court justice nominees. Since his reelection to the Senate in 2018, he’s become increasingly focused on big tech and China.

Hawley has made a name for himself among national and traditional conservatives because of his hawkish stances against China and Big Tech.

In June 2019, Hawley proposed legislation for social media platforms to prove their political neutrality if they wanted to benefit from the protections provided by Section 230 of the 1996 Communications Decency Act.

We are a working class party now. That’s the future

Hawley has been an ardent critic of China’s human rights abuses in the Xinjiang province and Hong Kong, as well as the Chinese Communist Party’s trade practices. In November 2019, Hawley proposed legislation that would block Chinese companies from transferring American citizens’ data to Chinese servers.

Some have identified Hawley’s worldview as post-liberal, which Washington Free Beacon founding editor Matthew Continetti described as the idea “that liberal modernity has become (or perhaps always was) inimical to human flourishing.” Hawley hasn’t said that he self-identifies with post-liberalism, but The Atlantic said Hawley’s appeal is that he combines elements of economic populism with cultural conservatism.

More recently, Hawley contested the Electoral College votes from the state of Pennsylvania, which earned him criticisms from some other Republicans.

Former Ambassador to the United Nations (UN) Nikki Haley has also emerged as a possible 2024 frontrunner for the Republican presidential nominee. Since leaving her Trump administration post in 2018, as reported by The New York Times, Haley has been working for the advocacy group Stand For America, that is devoted to promoting “freedom at home and strength abroad.” 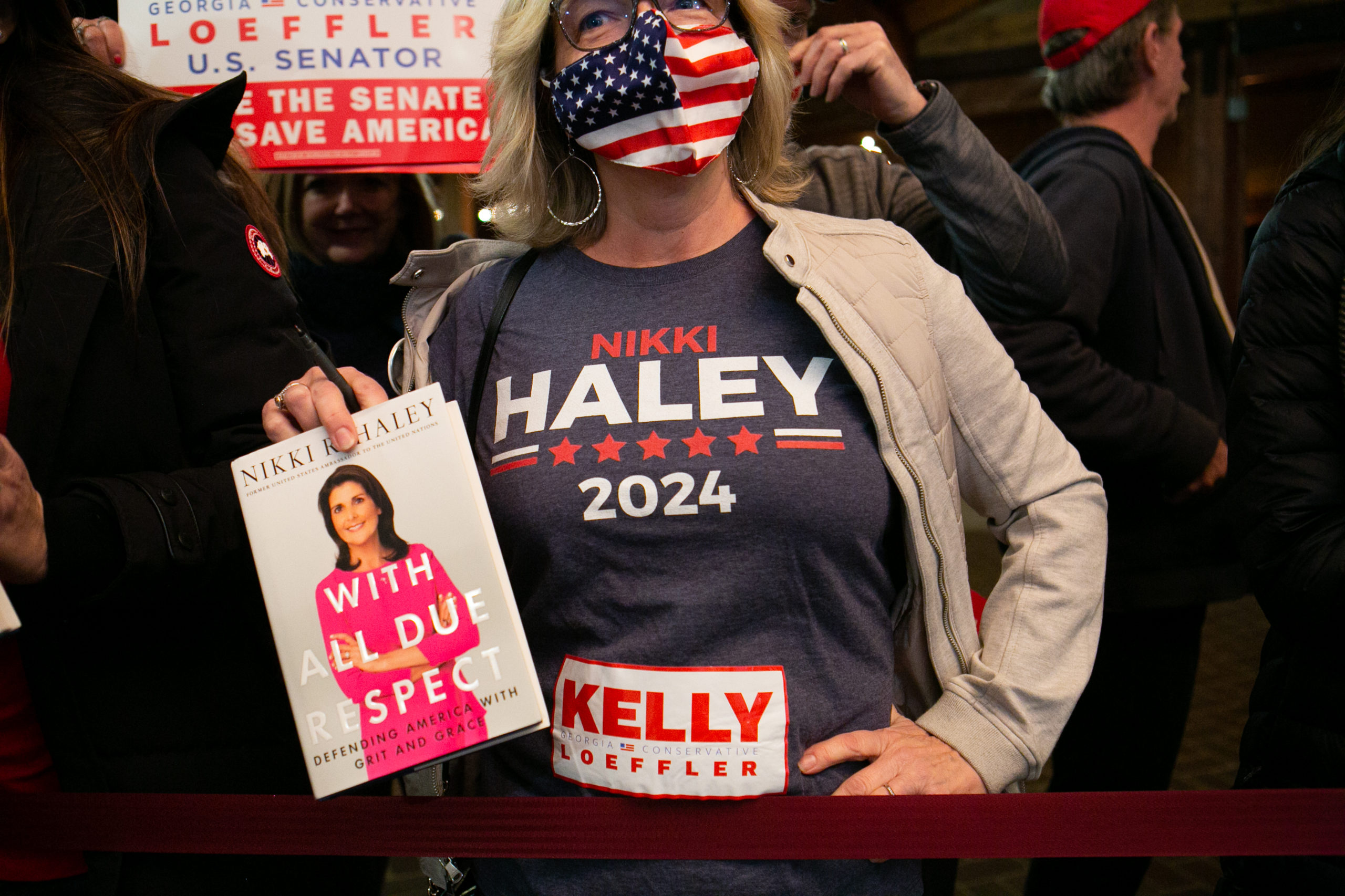 Before she held her position at the UN, she served as governor of South Carolina, and is the daughter of Indian immigrants.

Florida Republican Gov. Ron DeSantis could also consider making a run for president in 2024. DeSantis has become the fixation of the corporate media for his state’s handling of the coronavirus, despite the fact that DeSantis’ state has fewer deaths than Democratic Gov. Andrew Cuomo’s New York, according to Worldometers.

DeSantis touts a strong record of investment in education and promoting school choice. He’s also appointed three justices to the Florida Supreme Court and 56 other judges in the state.

South Dakota Republican Gov. Kristi Noem has risen in popularity among Republicans for her anti-lockdown stance in combating the COVID-19 pandemic, as reported by CBS News. In July, Noem said she wasn’t planning on running for president, but statements she’s made on the record since suggest she may have had a change of heart. “I haven’t even ruled out what I’m doing tomorrow,” Noem said, the Concord Monitor reported.

Noem campaigned on behalf of Trump in New Hampshire during the 2020 election cycle. Upon arriving at the Trump campaign’s headquarters in the state, a supporter of Trump yelled “Kristi for 2024,” according to the Concord Monitor. Others have been suggesting Noem should consider running for president in the next election on social media as well.

.@realDonaldTrump gave governors the flexibility to do our jobs during the COVID-19 pandemic. And that’s why he should have 4 more years.

Joe Biden said he would overstep his authority and shut down our country. pic.twitter.com/W2AWxwdoKt

Her October visit to New Hampshire included a stop at Arrow Diner in Manchester, which the Concord Monitor called a “must stop” dining location for candidates seeking the presidency. Noem may be making another stop at Arrow Diner about three years down the road for her own campaign.

Trump himself could become the party’s nominee if he decides to seek the presidency again in 2024. Early polling suggests that Trump would be the favorite to recapture the party’s nomination. A poll conducted by Morning Consult and Politico found that 42% of Republican voters want Trump to be the nominee in the next presidential nomination. A Morning Consult poll recently found that Trump’s approval rating was the lowest ever recorded, with just 34% of voters approving of the president’s performance. (RELATED: Trump 2024? His Campaign Manager May Have Just Indicated Trump’s Next Move)

TRUMP: “This is a republic of proud citizens who are united by our common conviction that America is the greatest nation in all of history. We are and must always be a land of hope, of light, and of glory to all the world.” pic.twitter.com/nYevPrOdqu

However, since the Senate is going on with an impeachment trial of Trump in February, Trump may be barred to hold office ever again, according to Reuters. However, that only happens on occasions when the impeached officer is convicted, which remains unlikely.