After a spike in suicides among students, the fifth largest school district in the nation is now surveilling students’ devices to mitigate the brewing mental health crisis stemming from the pandemic and related closures, The New York Times (NYT) reported.

Schools within the Clark County district of Nevada began using an early-warning system that monitors students’ mental health following the sixth student suicide in March, according to the report. The GoGuardian Beacon alert system sends reports of mild to severe suicide risks to the school district, according to the NYT. The system scans student writings on iPads issued by the district.

Since shutdowns began in March, that system has sent more than 3,100 alerts to district officials ranging from suicidal thoughts, possible self-harm or cries for help, according to the NYT.

The school board gave the go-ahead this month to begin phasing in the re-opening of some elementary schools and for groups of students, the NYT reported.

By November, the district was forced to upgrade its subscription to the program to include 24-hour monitoring and a service that would sort out which students presented a severe case, like students who were in “active planning” of committing suicide, according to the NYT.

The system has worked for some students, including an unidentified 12-year-old who searched his district-issued iPad for “how to make a noose,” according to the report.

The boy’s father had gone to bed around 7 p.m. and did not hear his phone ringing until around 10 p.m. when school officials were able to reach him, according to the NYT. When the father arrived in his son’s room, he reportedly found a noose made from multiple shoestrings hanging around his neck.

“If there wasn’t a security device that triggers that kind of alert, we would not be having this discussion,” said the boy’s grandfather, identified as Larry, according to the NYT. “It absolutely consumes you.”

“He is having a hard time functioning in this isolation,” Larry continued. “It goes against everything that he is. There has to be an option of letting these kids go to school.” (RELATED: Data Shows Lockdowns Have Made Americans Significantly Less Healthy)

By December, 18 students had reportedly taken their own lives, double that of what the school district had experienced the prior academic year.

The youngest student of those who died by suicide was just 9 years old. Another student left a note saying he had nothing to look forward to, according to the report.

“I feel responsible,” Jesus Jara, the Clark County superintendent said, according to the NYT. “They’re all my kids.” 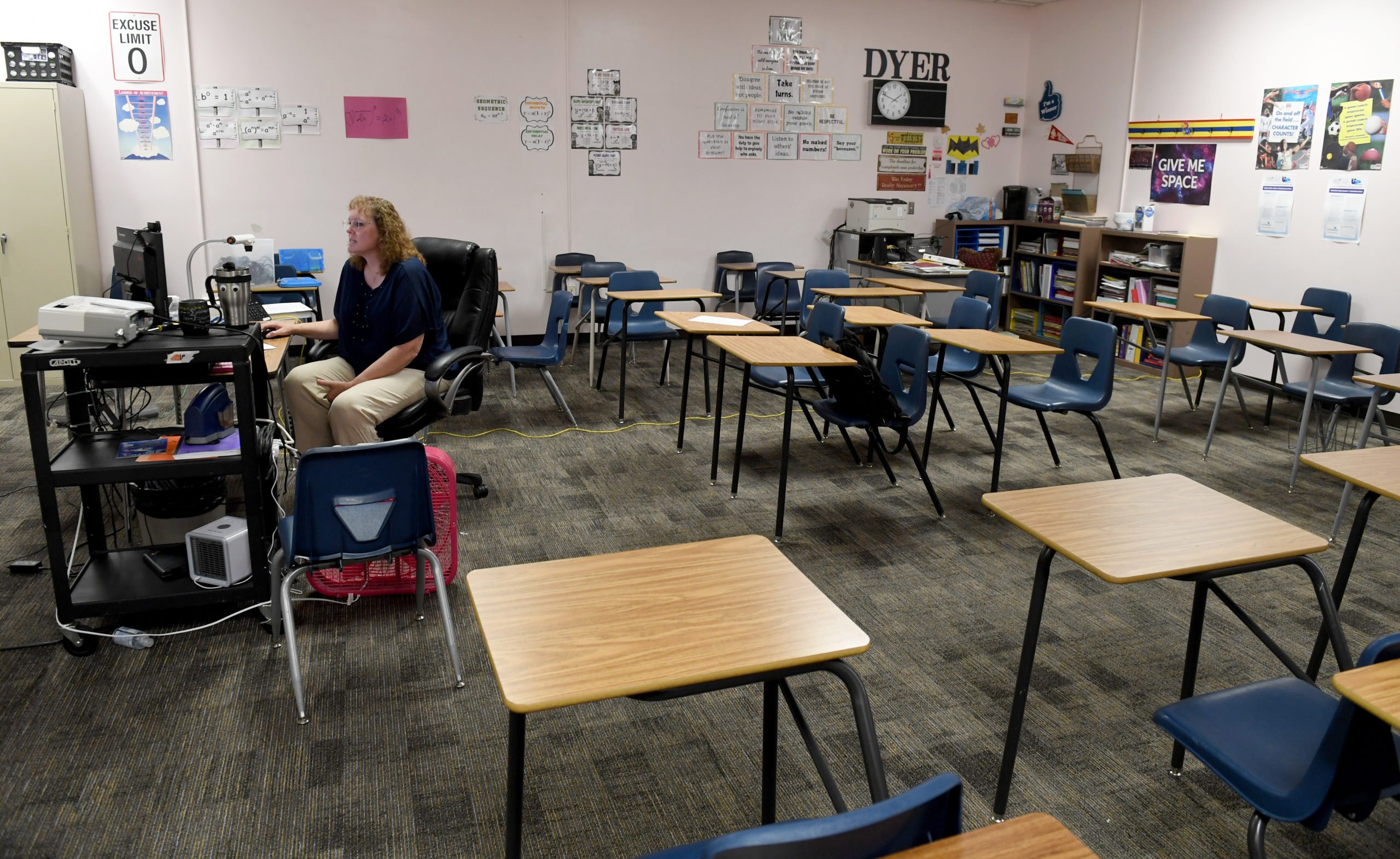 “When we started to see the uptick in children taking their lives, we knew it wasn’t just the COVID numbers we need to look at anymore,” Dr. Jara said. “We have to find a way to put our hands on our kids, to see them, to look at them. They’ve got to start seeing some movement, some hope.”

Dr. Massetti of the Centers for Disease Control and Prevention (CDC) said districts across the nation that are reporting spikes in suicides among students are struggling to connect students to mental health services, according to the NYT.

“Without in-person instruction, there is a gap that is right now being unfulfilled,” Dr, Massetti said.

The National Association of School Psychologists (NASP) also warned that “there are good reasons to believe that a global pandemic will influence suicide risk,” especially among students.