The airport security spotted the suspicious suitcase on the X-ray machine and found 74 chameleons hidden in boxes and socks, according to BBC.

“Investigations revealed that the animals had been intended for the Czech market and were to be sold on there. Their black-market value would have been around EUR 37,000 (USD 44,990),” Austrian authorities said in a statement.

“The perpetrator now faces administrative penalty proceedings with an anticipated fine of EUR 6,000 (USD 7300),” they added, while stating that the trafficker forfeited his claim on the animals and that his illegal activities are “likely to cost him dear.”

Two animals died during the transportation from Tanzania to Vienna via the Ethiopian city Addis Ababa, authorities added. (RELATED: Woman Charged For Plans To Smuggle Chinese Nationals Into US For Financial Gain) 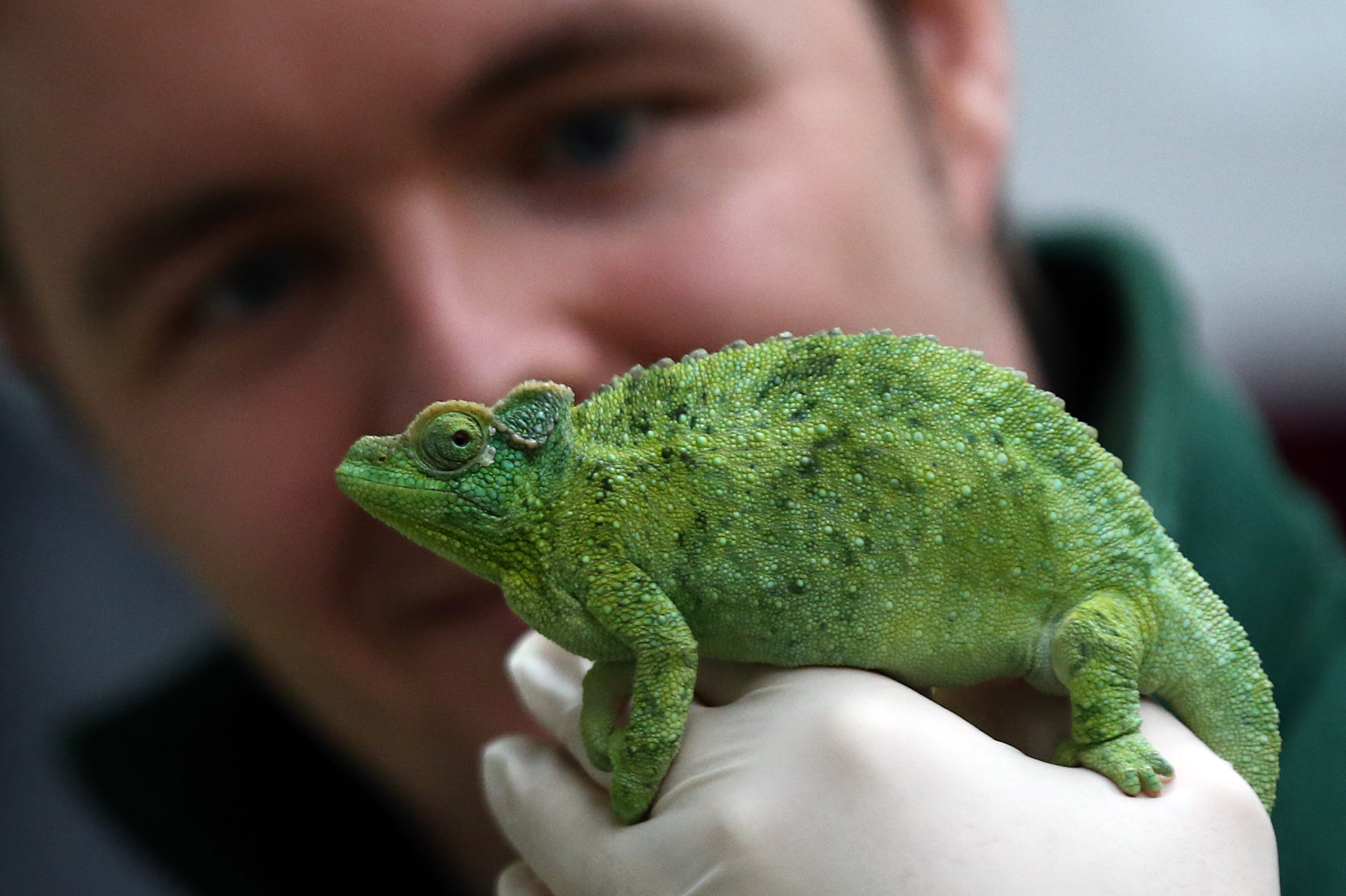 LONDON, ENGLAND – JAN. 04: A Jackson’s chameleon is handled by zoo keeper Luke Harding during the annual stocktake of animals at ZSL London Zoo on Jan. 4, 2016 in London, England. The zoo’s annual stocktake requires keepers to check on the numbers of every one of the 800 different animal species, including every invertebrate, bird, fish, mammal, reptile, and amphibian. (Photo by Carl Court/Getty Images)

The chameleons reportedly originated from the Usambara Mountains, a region of Tanzania with abundant rainfall and cool temperatures. They consisted of both young chameleons, only a week old, and adult ones, according to the authorities.

After being examined by the experts at Vienna’s Schoenbrunn Zoo, according to the statement, the surviving chameleons are now housed in terraria which fulfill all their specific needs.