Activists and a senior bank executive told Reuters that authorities are combing through the financial records and activities of pro-democracy activists in Hong Kong.

The Hong Kong police has reportedly obtained bank records of six activists without their consent, the activists told Reuters, according to a Tuesday report. The authorities questioned them about transactions after they were arrested for suspicion of subversion earlier this month under the Special Administrative Region’s national security law. 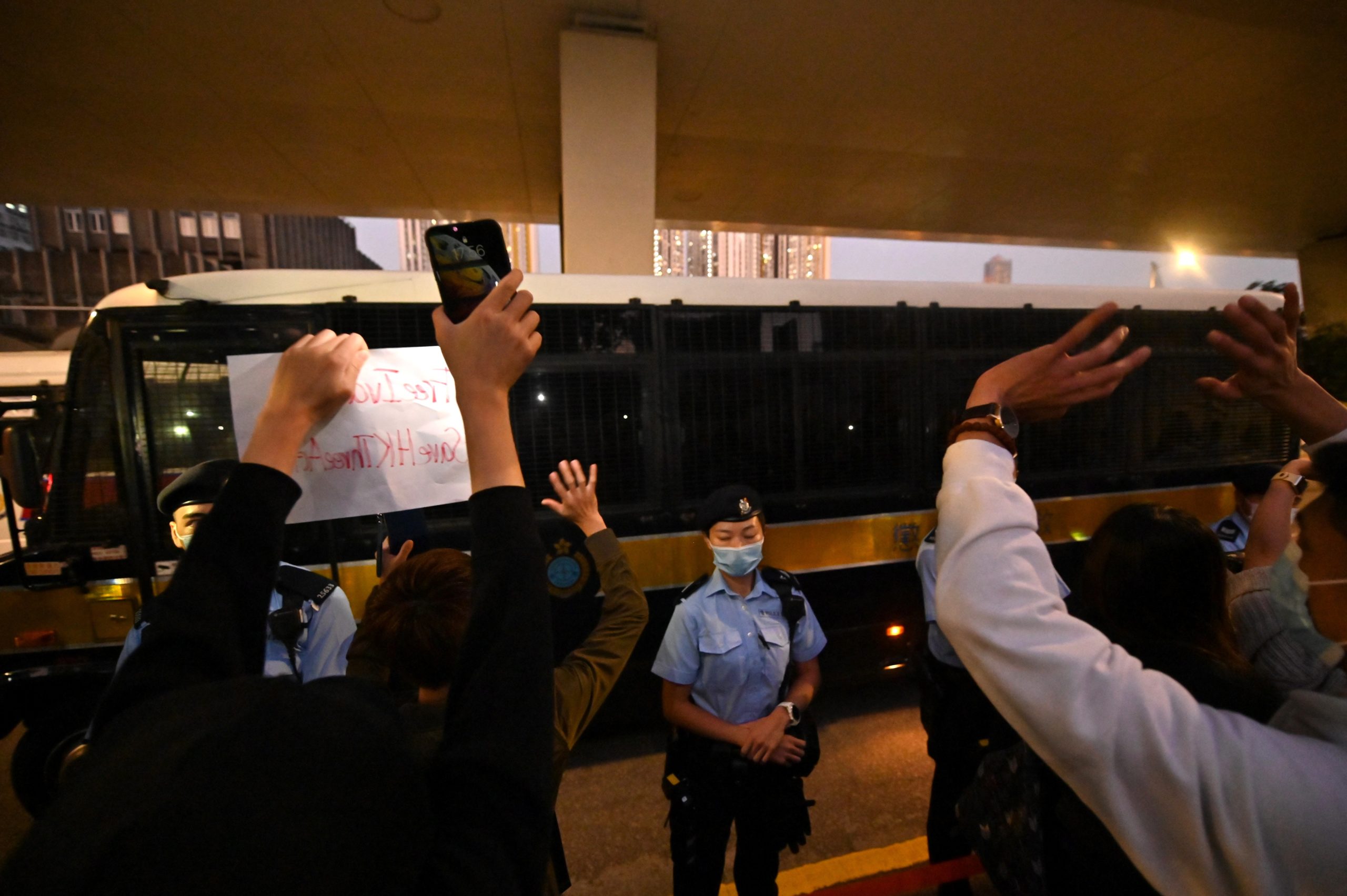 A correctional services bus purportedly carrying pro-democracy activists Agnes Chow, Ivan Lam and Joshua Wong leaves the court in Hong Kong on December 2, 2020, after the three were sentenced after pleading guilty to inciting a rally during pro-democracy protests in 2019, deepening the crackdown against Beijing’s critics. (Photo by PETER PARKS/AFP via Getty Images)

An executive at a major retail bank in Hong Kong told Reuters that the number of requests for financial records from Hong Kong police have doubled over the past half year. The executive tied the requests to the rise of a prominent pro-democracy movement in Hong Kong with many activists involved. The doubling in requests, the executive believes, has translated to a doubling in the individuals actually affected by the seizures, according to Reuters. (RELATED: Here Are The Stunts China’s Been Pulling While America’s Distracted)

The national security law, which was introduced June 30, 2020, has granted law enforcement in the city increasingly controlled by the Chinese Communist Party more power to investigate pro-democracy activists, which includes the seizure of financial records, the activists told Reuters.

The affected financial institutions in Hong Kong do not have much power to fight against authorities, Reuters reported. “The aggrieved party can go to the court if they think their accounts were frozen or their transaction details were shared for wrong reasons, but there’s very little we can do here,” the bank executive told Reuters.

HSBC Chief Executive Noel Quinn told British lawmakers Tuesday that the financial institution was not in a position to “judge the motives” of the Hong Kong police doing China’s bidding, according to Reuters. “I can’t cherry-pick which laws to follow,” Quinn added, defendant the bank’s freezing of accounts linked to pro-democracy activists.

Like most law enforcement agencies, Hong Kong police have been able to request access to financial information of a person of interest in the past. The aforementioned national security law does not explicitly have provisions relating to the acquisition of financial records, according to Reuters. However, it does grant authorities the power to seize funds they believe are used to violate the law, Reuters reported.