“FOX News Media was among the first news organizations in the country to understand the critical importance of the relationship between Washington and Wall Street,” Kudlow said in a statement included in the press release. “I’ve long admired their insightful coverage and am excited to join many of my former colleagues now at FBN, creating a show that speaks to the real issues truly impacting Americans.”

Kudlow will “provide expert financial analysis on domestic and global affairs across all” Fox News platforms, according to the announcement. In addition, he will host a weekday program on Fox Business. More information regarding the new program have not yet been announced. 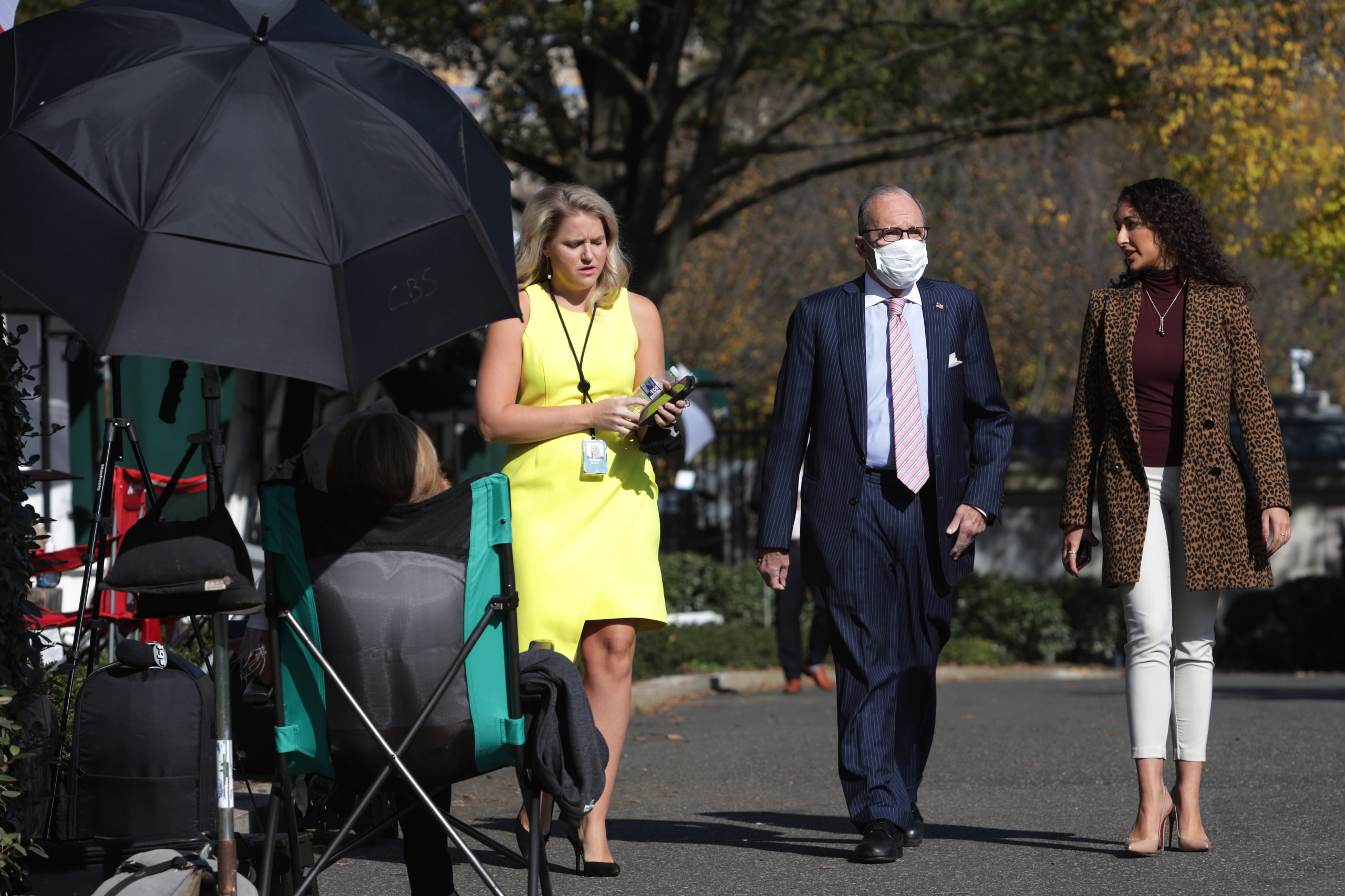 Director of the National Economic Council Larry Kudlow (C) walks towards to members of the press outside the West Wing of the White House Nov. 6, 2020 in Washington, DC. (Alex Wong/Getty Images)

“Larry’s vast experience in policy making coupled with his intuitive on-air presence will add depth and insight to our business analysis programming,” Fox’s CEO Suzanne Scott said. “We are excited to welcome him to the FOX News Media team and look forward to creating a show that utilizes his immense expertise to help guide viewers through this unprecedented time of economic uncertainty.”

Kudlow worked as the assistant to the president for economic policy and as the director of the National Economic Council beginning in 2018. Prior to this, Kudlow was a senior contributor for CNBC and took part in hosting various shows. (RELATED: Kudlow Bashes Stimulus Package: ‘One-Third Of Democratic Proposals Had Absolutely Nothing To Do With COVID’)

“I do believe he went too far with his rally,” Kudlow said during an interview with the Washington Examiner. “He went too far. I agree. He should have stepped in sooner.”