Giuliani’s suspension has been in effect since last week, and the account may reapply for the program in 30 days, according to Politico. YouTube’s Partner Program grants creators the ability to monetize their videos, with additional support from the Google-owned company. 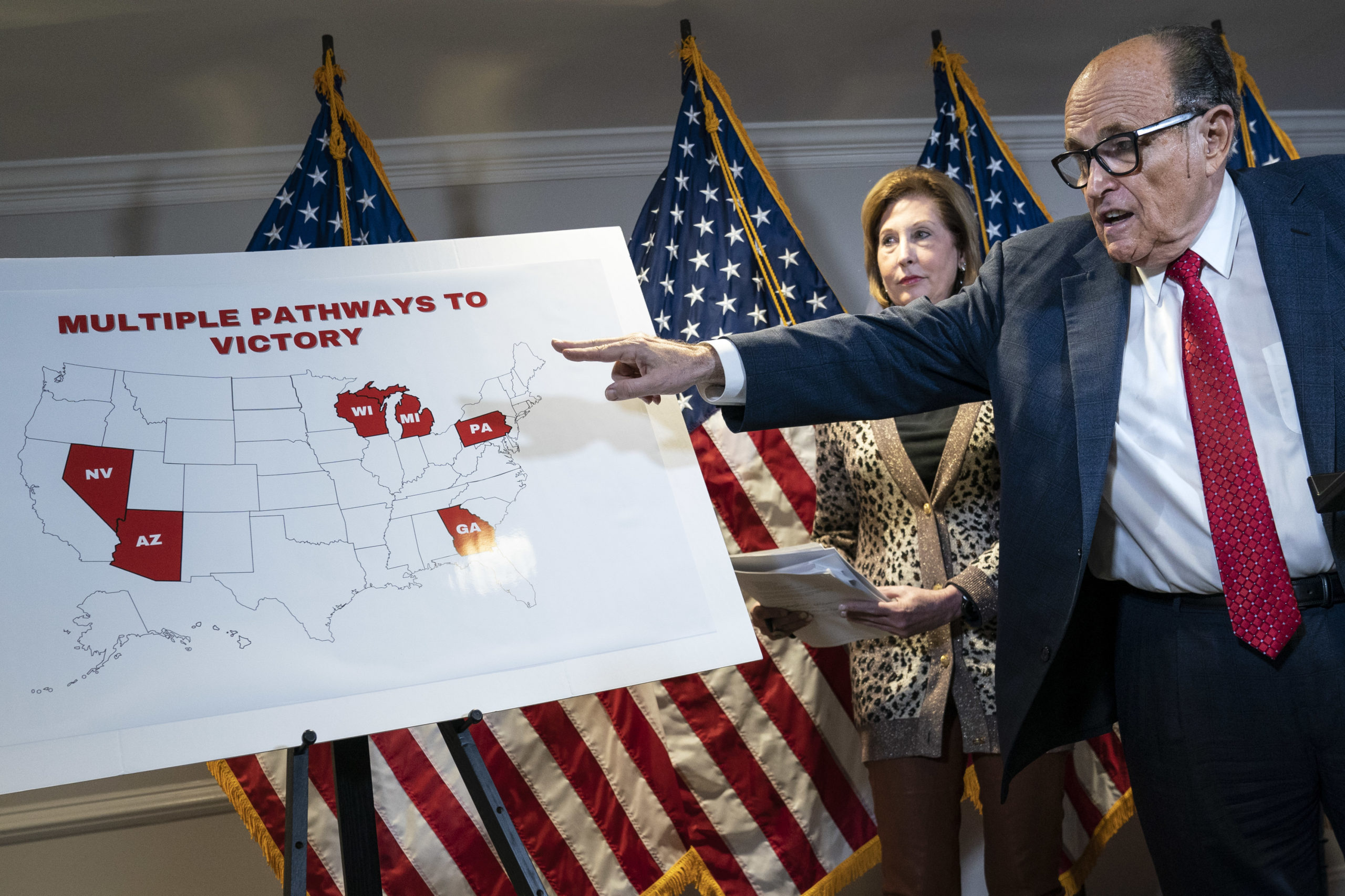 WASHINGTON, DC – NOVEMBER 19: Rudy Giuliani points to a map as he speaks to the press about various lawsuits related to the 2020 election, inside the Republican National Committee headquarters on November 19, 2020 in Washington, DC.  (Photo by Drew Angerer/Getty Images)

YouTube also on Tuesday extended the suspension of Trump’s channel indefinitely. Originally, the video-sharing giant blocked Trump out of his account for one week on January 12 over the Capitol riot’s violence.

It also extended censure for at least another week but offered no timetable for the latest suspension.

“In light of concerns about the ongoing potential for violence, the Donald J. Trump channel will remain suspended,” a YouTube spokesperson told Politico in a statement. “Our teams are staying vigilant and closely monitoring for any new developments.”