The Senate voted to confirm Antony Blinken as Secretary of State Tuesday afternoon by a 78-22 vote.

Blinken has long served as a foreign policy aide to President Joe Biden and served as the deputy Secretary of State for the last two years of President Barack Obama’s term.

He has strongly supported international coalitions and alliances, including the 2015 Iran Nuclear Deal, the World Health Organization and the Paris Climate Accords. Biden rejoined the WHO and the Paris Accords via executive orders, reversing previous withdrawals authorized by former President Donald Trump.

During his confirmation hearing, Blinken agreed with former Secretary of State Mike Pompeo, who declared that China was committing genocide against its Uighur population.

“That would be my judgement,” Blinken said when asked if he agreed with the former administration’s position. 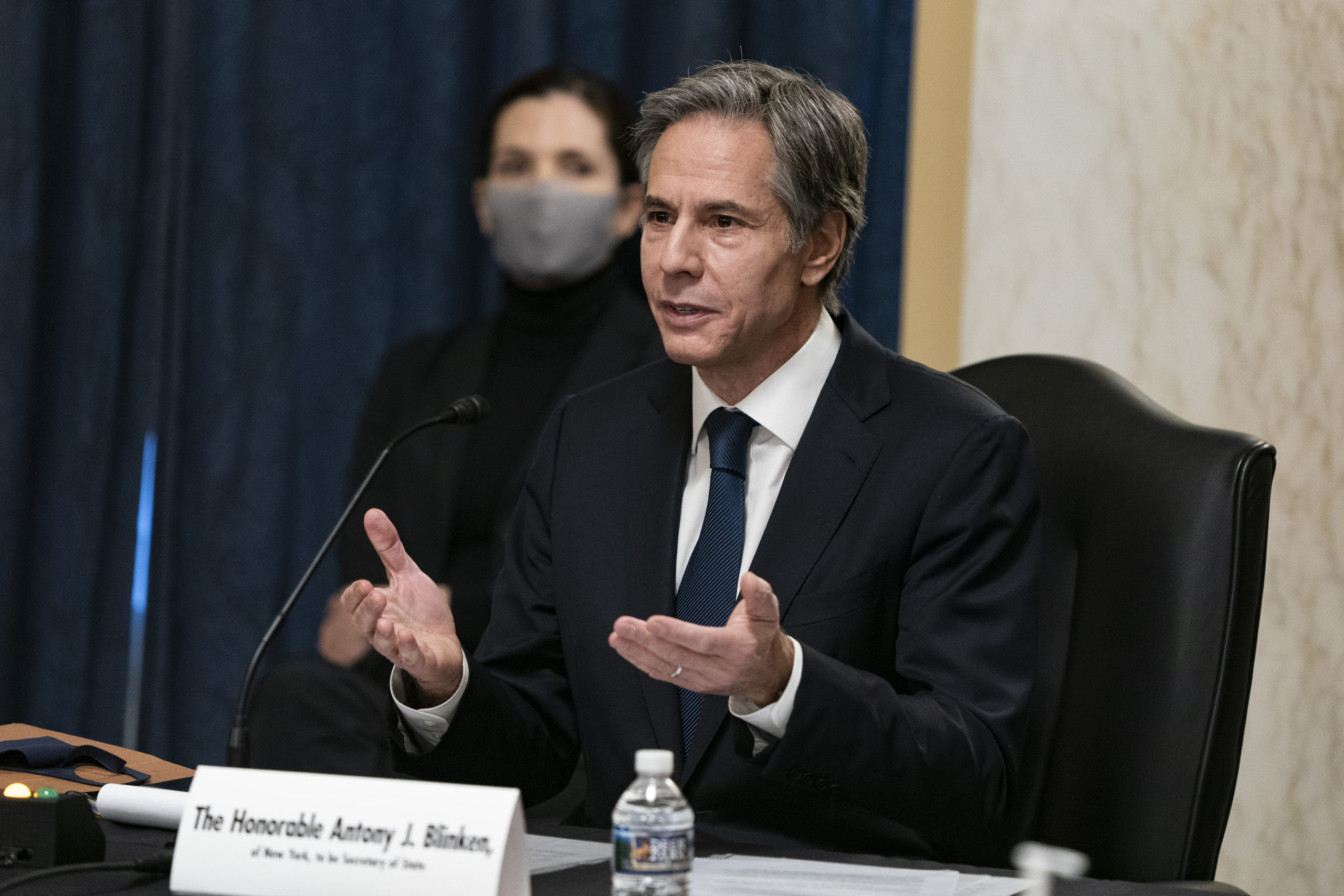 Antony Blinken speaks during his confirmation hearing to be Secretary of State before the US Senate Foreign Relations Committee on January 19, 2021 in Washington, DC. (Alex Edelman/Getty Images)

He also praised the Trump administration’s peace deals between Israel and other Middle Eastern nations.

“It is good for Israel that [Bahrain and the United Arab Emirates] are recognizing [Israel’s] existence and moving toward normalization,” he told Jewish Insider in October.

Blinken is Biden’s fourth Cabinet nominee to be confirmed by the Senate, following Director of National Intelligence Avril Haines, Secretary of Defense Lloyd Austin and Treasury Secretary Janet Yellen. (RELATED: Here’s What You Need To Know About Biden’s Cabinet)

The Biden administration and Democrats have pushed for the president’s security team to be confirmed as quickly as possible given the heightened security risks and multiple crises facing the country, but some of Biden’s nominees have had their confirmations stalled by Senate Republicans.

Missouri Sen. Josh Hawley blocked the swift confirmation of Alejandro Mayorkas, Biden’s pick to lead the Department of Homeland Security, after the nominee refused to say whether he would commit to allocating $1.4 billion in congressionally-appropriated funds to Trump’s border wall.

Even Haines, who was confirmed 84-10, saw her nomination stall temporarily. Arkansas Sen. Tom Cotton lifted a hold on her appointment after she clarified an answer that she gave during her confirmation hearing last Wednesday.