The U.S. poverty rate saw its sharpest increase since the 1960s as the coronavirus pandemic devastated the economy in 2020, according to a recent study.

The poverty rate increased 2.5 percentage points from 9.3% in June to 11.8% in December, according to the study released Monday by economists Bruce Meyer, of the University of Chicago, and James Sullivan, of the University of Notre Dame, Bloomberg reported. In total, 8.1 million Americans were added to ranks of the poor, according to the researchers.

“The coronavirus pandemic has taken a significant toll on the U.S. labor market,” Meyer and Sullivan wrote. “Since the start of the pandemic, more than 93 million claims for unemployment insurance have been filed.” (RELATED: Biden Post-Election Stock Market Gains Highest Since JFK Election: Report) 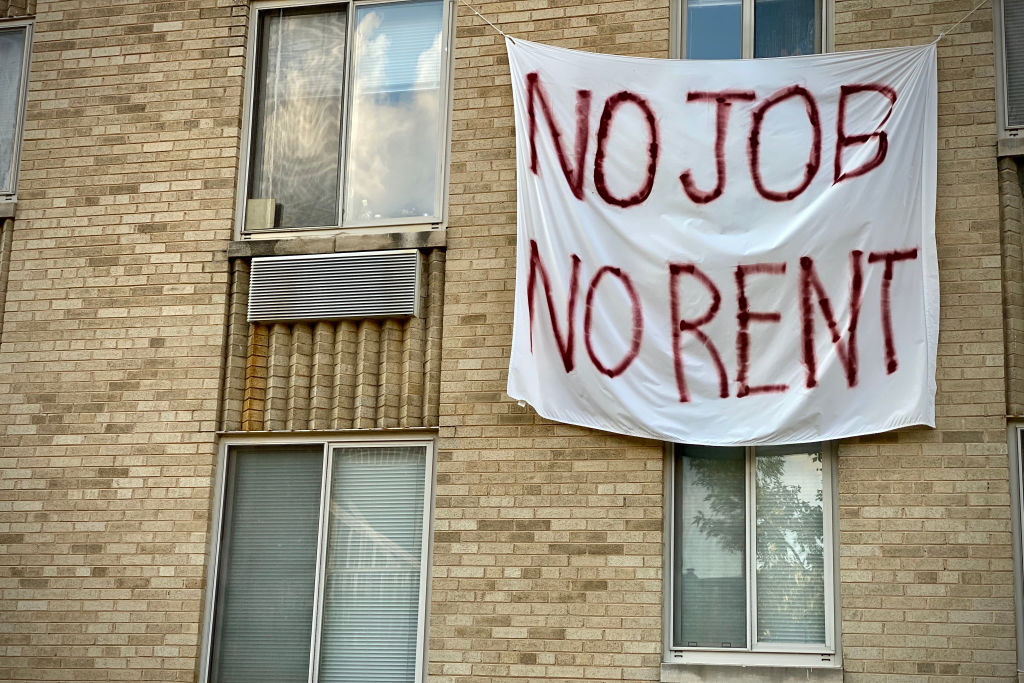 A banner against renters eviction is displayed on a controlled rent building in Washington, D.C on Aug. 9. (Eric Baradat/AFP via Getty Images)

The economists created a near real time pandemic income and poverty measurement dashboard in collaboration with University of Notre Dame, University of Chicago and the Wilson Sheehan Lab for Economic Opportunities. The database showed that the rate of people beneath the federal poverty line has increased since June.

The study blamed the sharp increase since June on the expiration of government relief benefits included in the Coronavirus Aid, Relief and Economic Security (CARES) Act signed into law in March. The $600 in weekly unemployment insurance expired in July. The $300 revival of the program under the December stimulus package will expire in March.

“These estimates, which can be produced with a lag of only a few weeks, provide immediate information on how the pandemic is affecting individuals and families,” the researchers wrote. “As a result, the estimates should guide government policies and programs that help prevent people from slipping into poverty during sharp downturns in the economy.”

The study found that African-American people have been affected more by the pandemic than other demographics. Poverty has risen 5.4 percentage points since June among African-Americans.

Among those with a high school education or less, the poverty rate also rose sharply from 17% in June to 22.5% in December.

U.S. jobs numbers have been sluggish in recent weeks and months. The U.S. lost 140,000 jobs in December, marking the first jobs loss since April, according to the Department of Labor data released on Jan. 8.