The new bipartisan commission will be under the purview of the White House Counsel, according to Politico. Multiple members have already been selected, sources familiar with the discussions told Politico, including Yale Law School professor Cristina Rodríguez, former president of the American Constitution Society Caroline Fredrickson, and Harvard Law School professor Jack Goldsmith.

During the 2020 presidential election, Biden refused to address whether he would pack the court, insisting that he would not provide such an answer until at least 180 days after he became president and after he had received a recommendation from a bipartisan commission on changing the Supreme Court. (RELATED: Here Are 7 Times Biden And Harris Refused To Say If They’re Going To Pack The Supreme Court)

“If elected, what I will do is I’ll put together a national commission – a bipartisan commission … and I will ask them to, over 180 days, come back to me with recommendations as to how to reform the court system … it’s not about court packing,” he said in October. “There’s a number of alternatives that go well beyond court packing.” 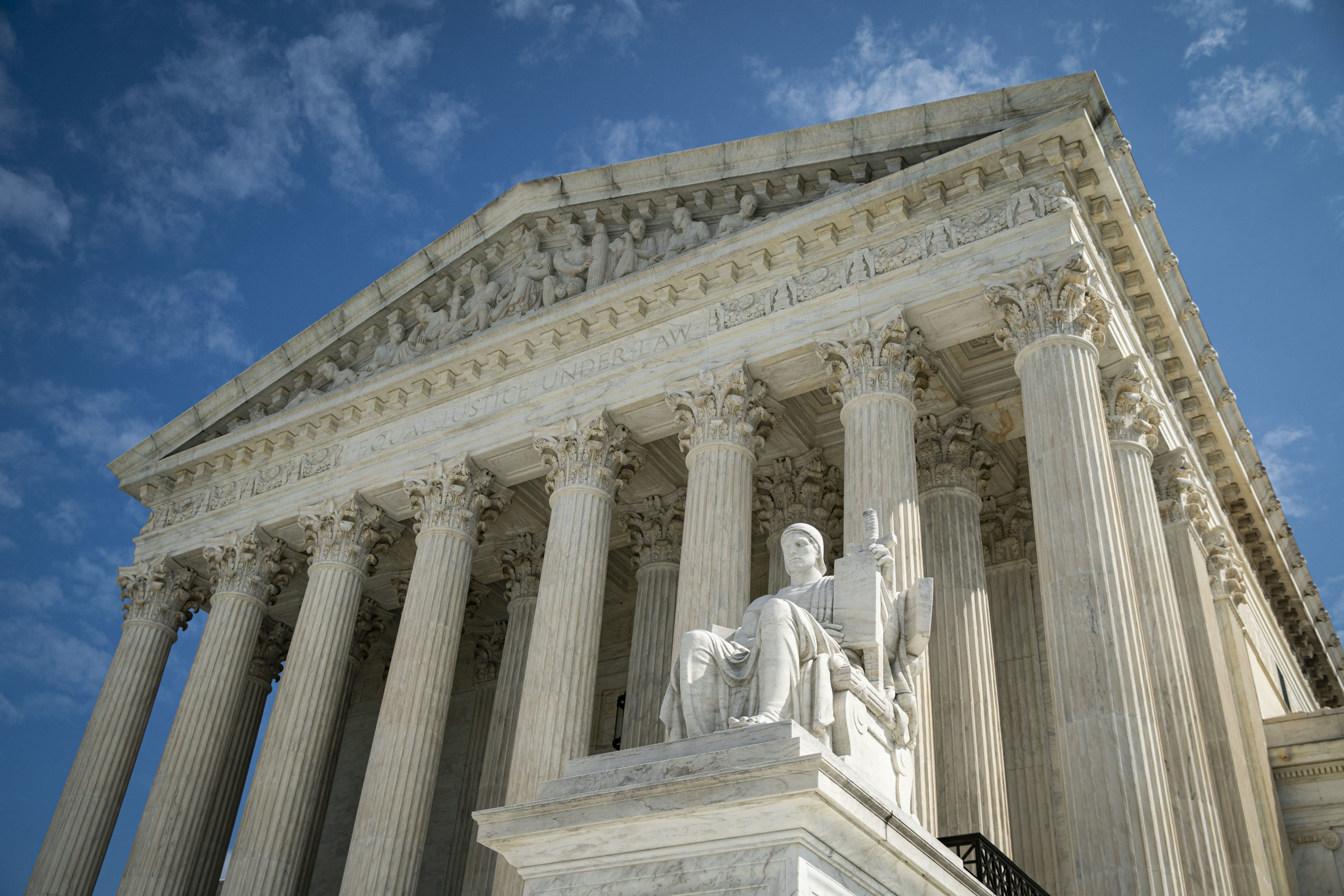 The Guardian or Authority of Law, created by sculptor James Earle Fraser, rests on the side of the U.S. Supreme Court on September 28, 2020 in Washington, DC.  (Al Drago/Getty Images)

The selection of Goldsmith for the commission may spark criticism since the Harvard Law School professor vocally advocated for Supreme Court Justice Brett Kavanaugh’s appointment to the court, Politico noted.

“He will also be an influential figure within the Supreme Court building,” Goldsmith wrote in a Time Magazine article in 2018. “He is a brilliant analyst with a deep scholarly and practical knowledge of the law. His legal opinions are unusually accessible. He is a magnanimous soul.”

Fredickson has previously expressed support for expanding the Supreme Court, the Politico reported. (RELATED: Here’s A Timeline Of The 2018 Kavanaugh Confirmation)

“I often point out to people who aren’t lawyers that the Supreme Court is not defined as ‘nine person body’ in the Constitution, and it has changed size many times,” Fredrickson said in a 2019 interview, according to Politico.

It is not immediately clear what Rodríguez’s opinions on court reforms are.