The FBI expected armed protests in state capitals across the U.S. ahead of inauguration day, though few occurred and were uneventful.

An internal bulletin suggested that the FBI expected organized armed protests in state capitals across the country, the Associated Press reported. No demonstration activity was reported in at least 30 states and where protests happened, they were relatively small, USA Today reported. 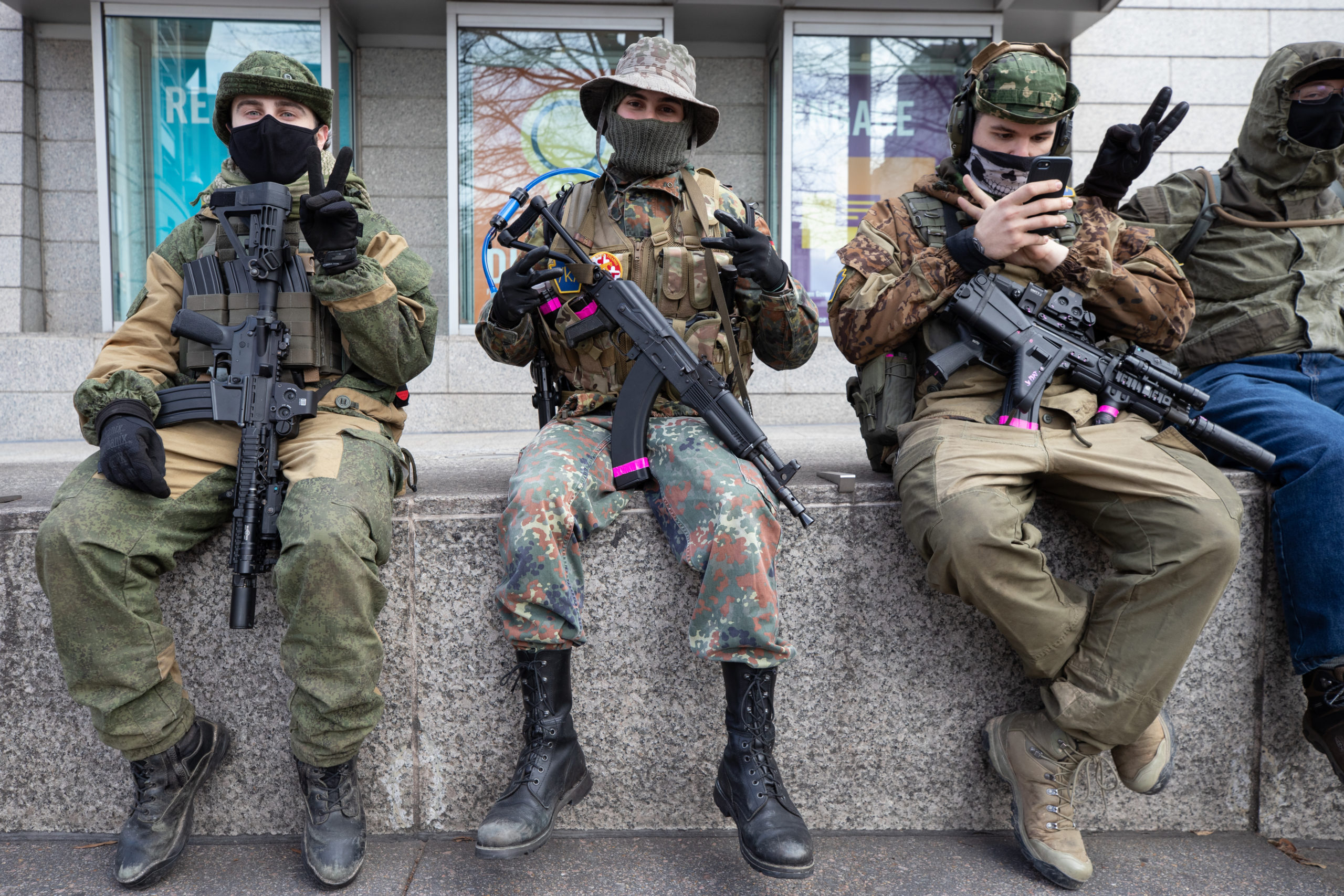 The bureau was concerned about planned armed protests in state capitals becoming violent in the days leading up to Joe Biden’s inauguration, FBI Director Christopher Wray said in a statement on Jan. 15.

“Right now, we‘re tracking calls for potential armed protests and activity leading up to the inauguration,” Wray said. “The reason I use the word ‘potential’ is because one of the real challenges in this space is trying to distinguish what’s aspirational versus what’s intentional.”

The Boogaloo movement, an anti-government and pro-Second Amendment organization, promoted armed protests in state capitals such as Columbus, Ohio, and Richmond, Virginia. Self-described Boogaloo leader Mike Dunn told the DCNF that the group would defend themselves against arrest by using their Second Amendment rights.

“They continue to tread upon our constitutional rights, without it we’re done. We always wanted a peaceful revolution but the time for peace is coming to an end very quickly,” Dunn told the DCNF. (RELATED: PHOTOS: Armed Proud Boys, Militias And Black Panthers Gather To Protest In Richmond)

In Richmond, Virginia, law enforcement officials and members of the media outnumbered protesters participating in demonstrations on Jan. 17 and 18. The scene was similar in most state capitals though larger groups made appearances in Michigan and Ohio, USA Today reported.

Here is footage from the armed protest at the Capitol in Lansing that has law enforcement agencies on high alert pic.twitter.com/WB4NilLAn4

Over 50 protesters gathered outside the Statehouse in Columbus, Ohio, carrying a variety of firearms and a “Liberty or Death” flag, USA Today reported. A man who identified himself as a Boogaloo mascot from New Mexico said, “best-case scenario, they’re just paperweights. We don’t even pull them out of the holsters.”

Around 15 protesters affiliated with the Boogaloo Bois and the “Bois of Liberty” gathered in Salt Lake City, Utah, some were seen carrying firearms, The Salt Lake Tribune reported.

A handful of people showed support for former President Donald Trump while some held signs condemning the riot at the U.S. Capitol Building in Denver, Colorado, USA Today reported.

One person carried a rifle and wore a bulletproof vest while another carried a pro-Trump sign in Lincoln, Nebraska, KOLN-TV reported. A handful of protesters, some armed, gathered outside of the Capitol in Austin, Texas, to talk about gun rights, USA Today reported.

Around 15 people carrying firearms and an American flag as part of the “Liberty Boys” gathered at the State Capitol in Salem, Oregon, to protest in support of their First and Second Amendment rights, USA Today reported.

At least 100 people participated in an anti-Immigration and Customs Enforcement (ICE) riot in Portland, Oregon, on inauguration day, Oregon Live reported. The rioters vandalized the ICE building and got into scuffles with law enforcement officials who responded with tear gas and munitions.

Earlier in the day, demonstrators vandalized and broke windows at the Democratic Party of Oregon headquarters while some carried signs that said, “we don’t want Biden, we want revenge!”

A “Millions Militia March” was promoted for Jan. 20 by a QAnon conspiracy theorist, according to senior research fellow at the Anti-Defamation League’s Center on Extremism Mark Pitcavage, the AP reported.

Officials in Washington, D.C. closed the National Mall and deployed over 20,000 members of the National Guard ahead of inauguration day, USA Today reported. Tall fences, many lined with razor wire, were installed following a riot where participants forcefully entered the Capitol Building and multiple people died on Jan. 6.

Despite warnings of armed protests at state capitals, looks like everybody in Trenton listened to this guy. pic.twitter.com/UrhZUF9Y4A

A small crowd of protesters met at the Dimond Center mall in Anchorage, which organizers reportedly confused for the Dimond Courthouse in Juneau, Alaska, according to the Anchorage Daily News.

Only around 10 demonstrators showed up to protest at the Capitol in Phoenix, Arizona, which organizers blamed the FBI for deterring participants from the planned event.

“The FBI and, you know, everybody else made this to be some big huge thing like we’re terrorists or something like that for wanting to bring our communities together,” a self-identified member of the Boogaloo Bois Brandon Jackson said, USA Today reported.

Fewer than 25 people demonstrated outside the Capitol building in Frankfort, Kentucky, according to USA Today. Small groups of protesters also made appearances in Baton Rouge, Louisiana; St. Paul, Minnesota and Olympia, Washington.

The Department of Homeland Security issues an advisory that “some ideologically-motivated violent extremists” who disagree with the government and the presidential transition pose a potential domestic threat, officials announced Wednesday. The advisory is in effect for three months.

The FBI declined to provide comment to the Daily Caller News Foundation.