Kerry said Wednesday that fossil fuel workers who lose their jobs as a result of new climate policies should “have better choices,” such as manufacturing solar panels.

“You look at the consequences of black lung for a miner, for instance, and measure that against the fastest-growing job in the United States before COVID was solar power technician,” he said during a news conference. “The same people can do those jobs. But the choice of doing the solar power one now is a better choice.”

Fox News reported that it was unclear whether or how much Kerry has benefited from his wife’s company, although the former Democratic presidential nominee did make 60 payments to the charter jet company during his 2004 presidential bid, according to the New York Post. 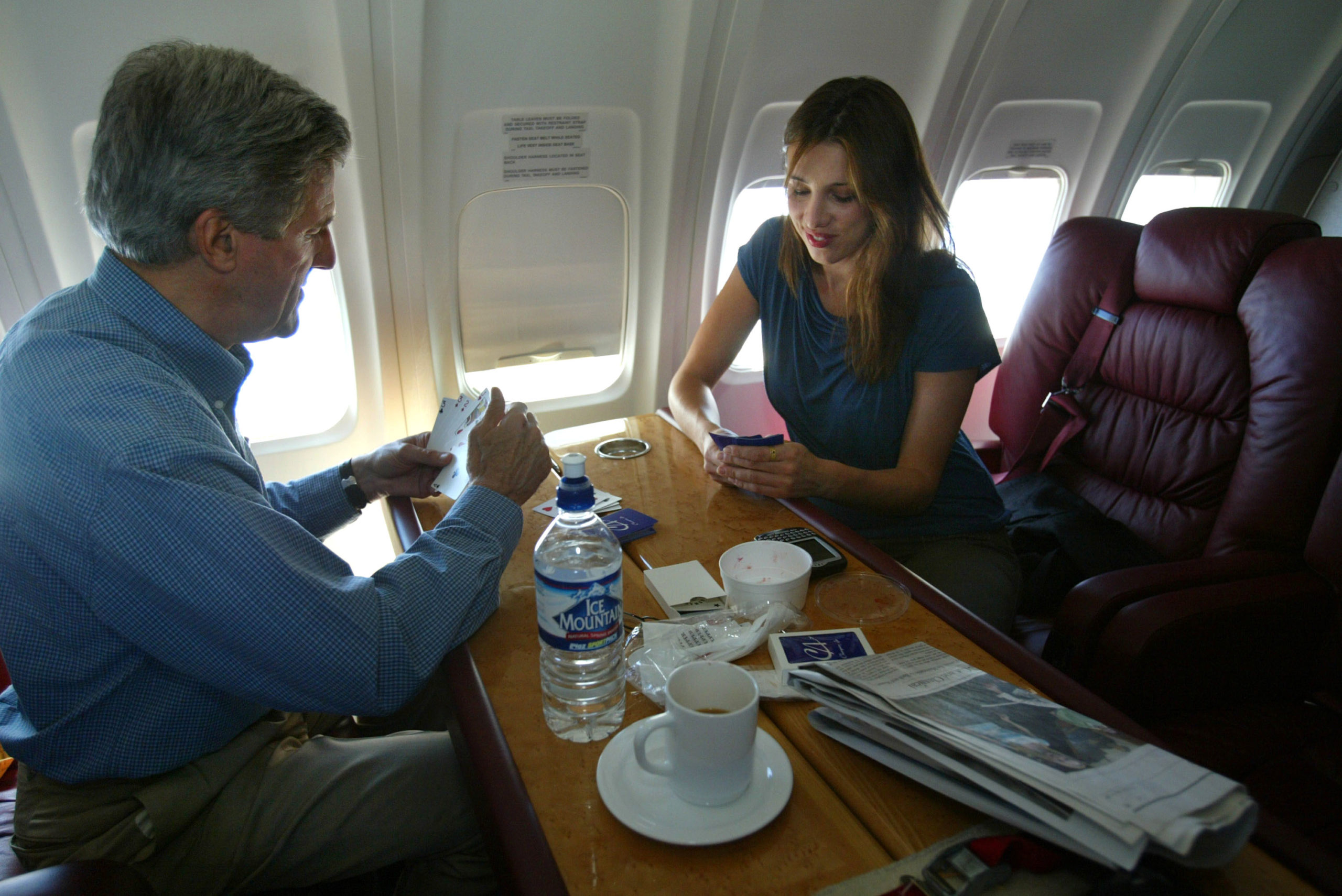 IN FLIGHT – MAY 4: U.S. Democratic Presidential candidate John Kerry (D-MA) plays cards on board his private jet enroute to Albuquerque, New Mexico from Minneapolis on May 4, 2004. (Photo by Paula Bronstein/Getty Images)

Kerry owned “over $1,000,001” in assets for “Flying Squirrel LLC” in 2013, according to his executive branch personnel financial disclosure, Fox News reported.

In 2016, the Daily Caller News Foundation calculated that actor Leonardo DiCaprio burned the equivalent of around 90 tons of coal by taking a private jet on an 8,000-mile round-trip flight from France to New York City to pick up an environmental award. (RELATED: Clinton Campaign Never Bought ‘Carbon Offsets’ To Atone For Hillary’s Private Jet Rides)