Meadows, who left his seat in Congress to serve former President Donald Trump as his Chief of Staff, has decided to join the Conservative group led by former South Carolina Sen. Jim DeMint, Axios first reported. The group helps Republicans network and provides support to members of Congress, Congressional staffers and more.

“Today, the Conservative Partnership Institute (CPI) Chairman Jim DeMint announced that former U.S. Congressman and White House Chief of Staff Mark Meadows has been hired as a senior partner. CPI was founded in 2017 to train, equip and unite the conservative movement,” the group said in a statement on their website. 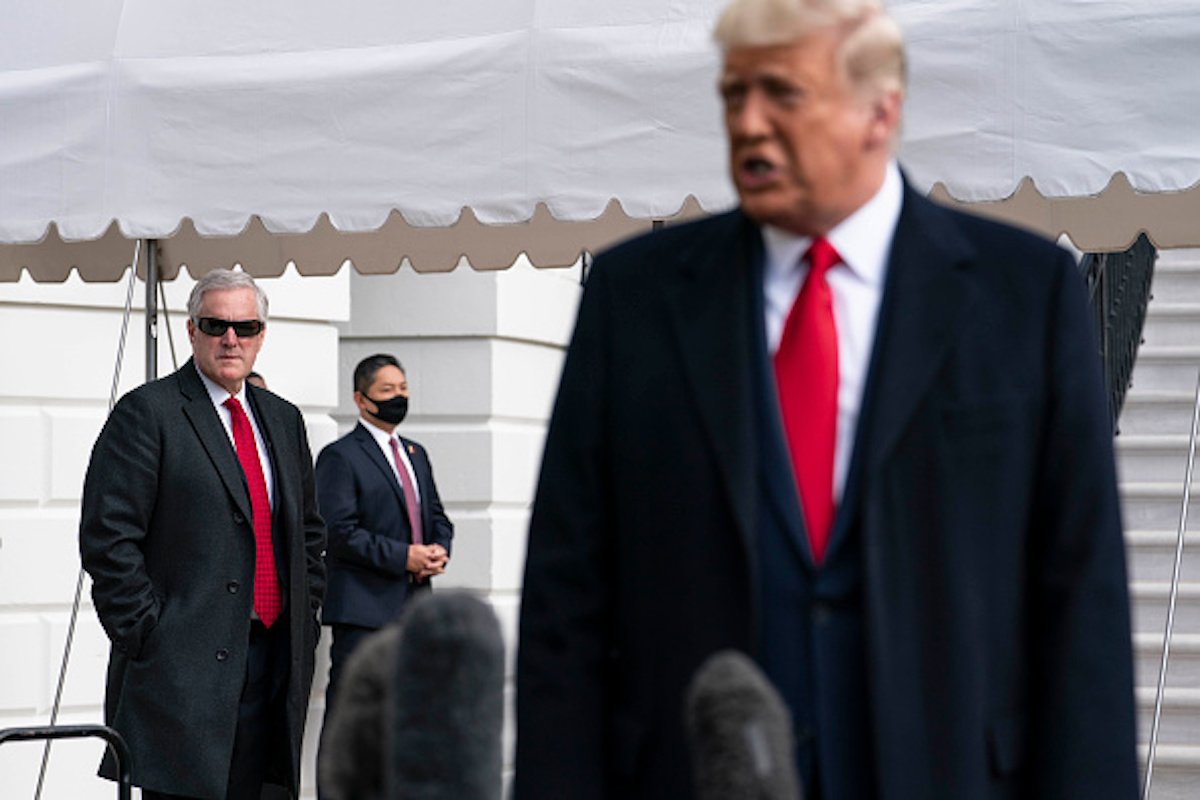 White House Chief of Staff Mark Meadows listens as President Donald Trump speaks to the press outside the White House on October 30, 2020 in Washington, DC. (Photo by Sarah Silbiger/Getty Images)

“Mark is one of the most widely respected conservative leaders in country, and we couldn’t be more excited for him to join our team to support and build the conservative movement,” DeMint said in a statement. (RELATED: Trump Aides Reportedly Held Private Call On What They Can Get Done Before Biden Takes Office)

“Mark has a proven record that demonstrates his ability to build coalitions and to turn conservative principles into policy despite great opposition from the liberal media and Beltway establishment. First, as a founder of the House Freedom Caucus that has become the most powerful group of conservatives in Congress and then as Chief of Staff to President Trump, who accomplished an astonishing record of conservative policy victories. Mark has worked tirelessly with humility and optimism for nearly a decade to expand freedom and opportunity for all Americans, and we’re thrilled he will continue that work at CPI,” DeMint continued.

Trump announced Meadows would be joining the White House in early March, he stayed on as Chief of Staff until Trump left office.