The global shark population has decreased more than 70% over the last 50 years, a new study published by Nature found.

Between 1970 and 2018, the population of sharks and rays in the world’s oceans have declined 71%, the study claims. The study drew upon 57 datasets from around the world over the past half-century, according to Nature.

“The last 50 years have been pretty devastating for global shark populations,” biologist Nathan Pacoureau at Simon Fraser University in Canada and co-author of the report, told the Associated Press.

Sharks’ elevated senses help them identify prey and other disturbances to their environment, which helps when your home is millions of gallons of seawater, the Associated Press reported. However, their attraction to disturbances also draws them into the nets and onto the lines of fishermen. (RELATED: First-Ever Albino Shark Caught Off The Coast Of Britain)

The collapse in global shark populations is partially due “to an 18-fold increase in relative fishing pressure,” the study’s abstract said. Since 1950, the number of fishing fleets have doubled, according to the Associated Press. 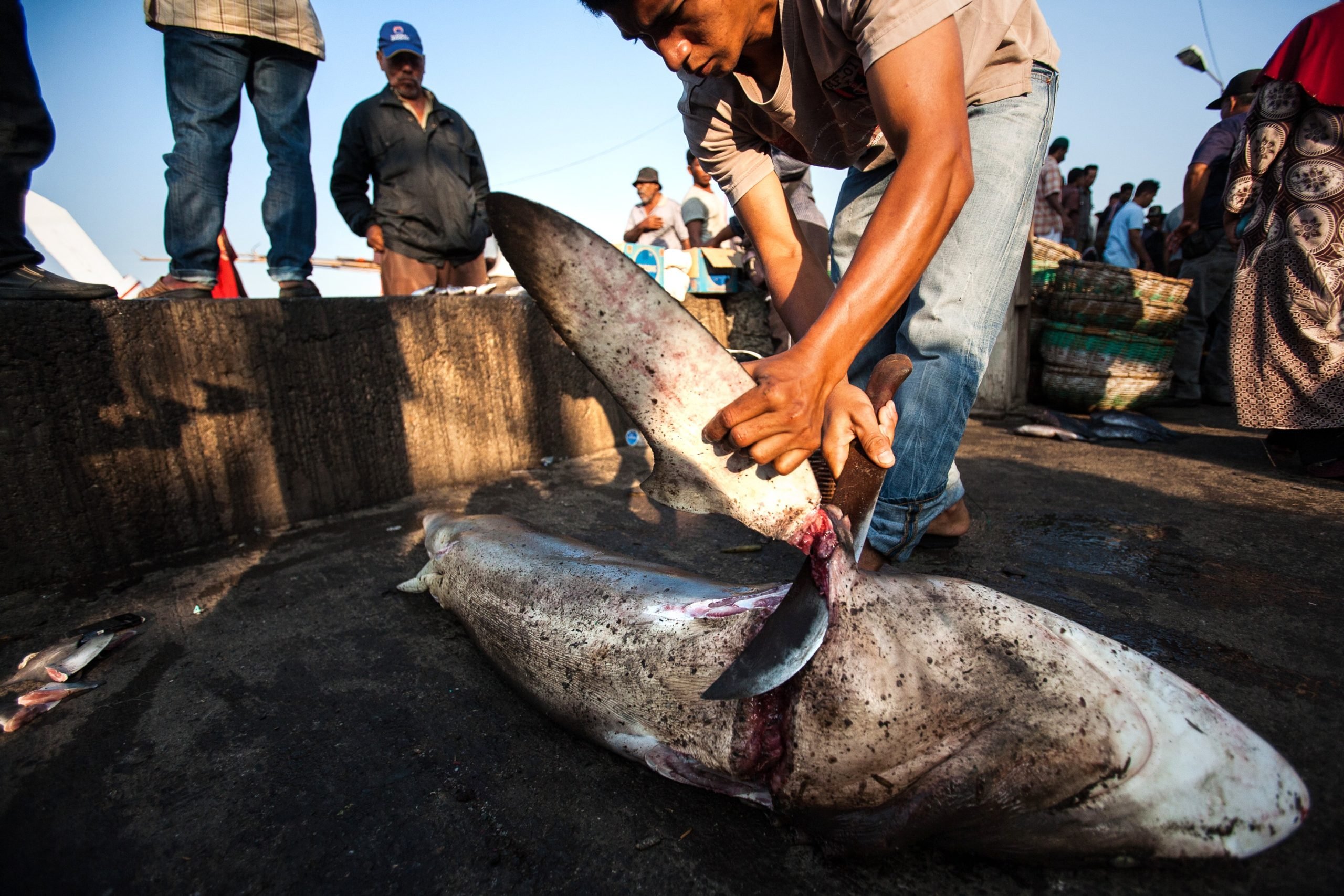 An Indonesian fisherman cuts the fin of a shark in Lampulo fish market in Banda Aceh in Aceh province on March 7, 2013. (Photo credit should read CHAIDEER MAHYUDDIN/AFP via Getty Images)

Sometimes, fishermen catch sharks and rays unintentionally while going after other large species of fish like Tuna and Swordfish. However, 100 million sharks are still caught every year for their fins to be made into shark fin soup, according to Smithsonian Ocean. The soup is thought of as a delicacy in China with ancient cultural value, Smithsonian Ocean added.