“Such advocacy for extremism and sedition not only demands her immediate expulsion from Congress, but it also merits strong and clear condemnation from all of her Republican colleagues, including House Minority Leader Kevin McCarthy and Senate Minority Leader Mitch McConnell,” Gomez said in a statement on Wednesday evening.

While Gomez’s effort is unlikely to succeed since two-thirds of members must vote in favor and Democrats only have a razor-thin House majority, his measure reflects the widespread condemnation for the freshman congresswoman’s past comments.

Greene has also supported the baseless QAnon conspiracy and questioned whether a plane actually hit the Pentagon on 9/11 before reversing and acknowledging that it did.

“Her very presence in office represents a direct threat against the elected officials and staff who serve in our government, and it is with their safety in mind, as well as the security of institutions and public servants across our country, that I call on my House colleagues to support my resolution to immediately remove Congresswoman Marjorie Taylor Greene from this legislative body,” he added. 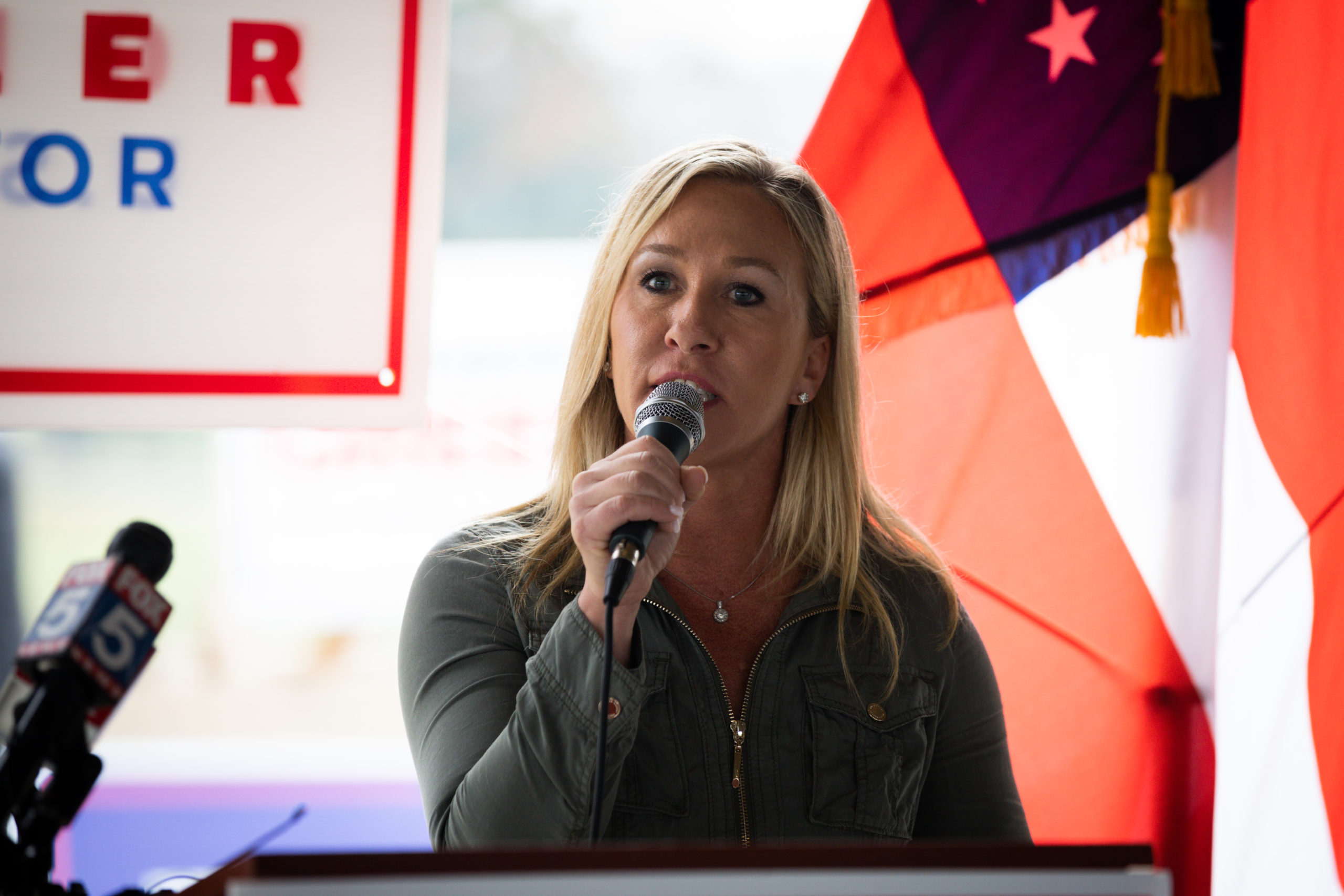 Gomez’s resolution followed reporting on Greene’s Facebook activity from 2018 and 2019, where she “liked” a post that said that a “bullet to the head would be quicker” to remove House Speaker Nancy Pelosi from office and supported the execution of federal law enforcement officers who she thought were part of the “deep state.” (RELATED: Marjorie Taylor Greene Falsely Accused Two Congresswoman Of Supporting Sharia Law In Falsity-Filled Video)

On Wednesday an unearthed video also showed her accosting Parkland shooting survivor David Hogg outside the Capitol, calling him a “coward” for refusing to engage with her. The video followed a Media Matters report that she previously referred to the shooting, which left 17 dead, as a “false flag” operation intended to strip people of their Second Amendment rights.

Greene defended her actions in a statement to the Daily Caller on Wednesday, saying that she “was going from office to office in the Senate to oppose the radical gun control agenda that David Hogg was pushing.”