COVID-19 itself has claimed hundreds of thousands of American lives. Because of the major lifestyle changes that have followed the outbreak, lives are also being lost to suicides, leading some to fear that suicide clusters have emerged.

“But given the politically charged atmosphere this summer, many of those [youth mental health] warnings were dismissed as scare tactics. Parents of students who’ve taken their lives say connecting suicide to school closings became almost taboo.” @EricaLG: https://t.co/uMkR6N0liW

The mental health of children and young adults throughout the pandemic has concerned experts and parents, as students across the country have, at best, returned to classrooms where they must obey strict social distancing guidelines, or at worst, haven’t returned to schools at all.

Adults between the ages of 18 to 24 have also been impacted by unemployment, fear of dwindling career prospects, and loneliness from prolonged restrictions on gatherings. An August Centers for Disease Control and Prevention (CDC) study found that 25% of young adults in this age group thought of committing suicide in the last month. (RELATED: 25% Of Young Adults Say They Considered Suicide During Coronavirus Pandemic: CDC)

Sadly, we recently lost members of the USU family to suicide. As we mourn, here is info to help you connect students, colleagues and yourself to mental health resources. There is always support when it is needed. Here’s a thread of resources to help you connect, wherever you are. pic.twitter.com/EjMOSBsnA6

A suicide cluster is a situation where more suicides than expected occur in relation to time, place, or both, and includes three or more deaths, according to the National Elf Service, which is owned and operated by an Oxford University spin-out company. Adolescents are the most likely to be involved in a suicide cluster, making declining mental health among young people and children concerning for experts who track these trends.

“Children with underlying depression and anxiety may experience worsening of their symptoms and we are unfortunately also seeing increases in teens with suicidal thoughts.”

Some doctors have also reported an increase in the number of suicidal children and teens showing up in emergency departments with plans on how they’d end their lives. 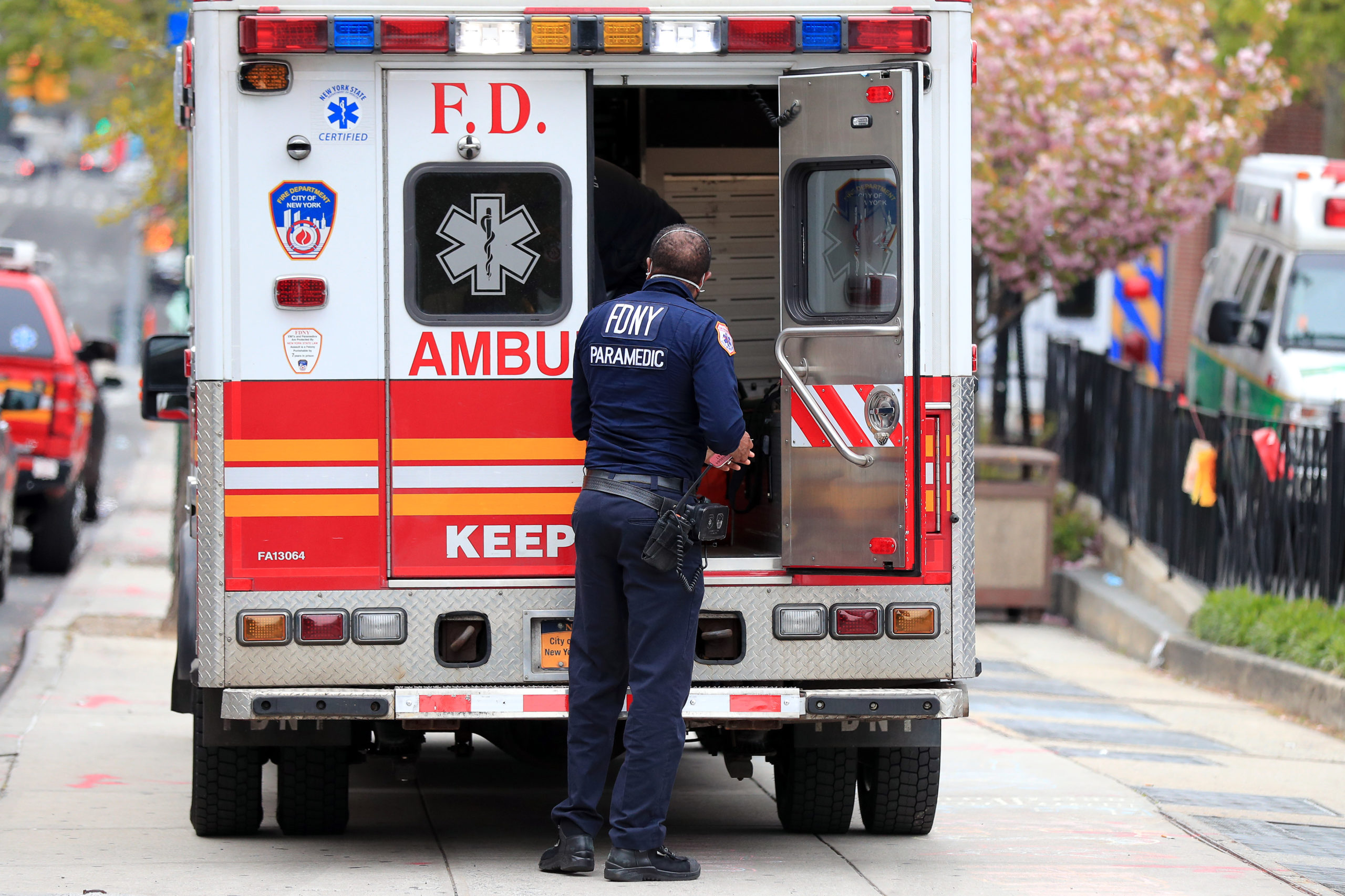 NEW YORK, NY – APRIL 23: A FDNY paramedic unloads a patient from an ambulance near the Emergency Room entrance to the Brooklyn Hospital Center on April 23, 2020 in the Clinton Hill neighborhood of the Brooklyn borough of New York City. (Photo by Mike Lawrie/Getty Images)

Child psychiatrists and other physicians who treat adolescents cite a variety of factors that have contributed to increased rates of depression and suicidal ideation among children and teenagers. Some children have lost family members to COVID-19, or have family members who have lost their jobs during the pandemic. Other children have lost contact with their friends, and no longer have access to activities they used to enjoy, such as school sports or other activities.

“They may begin to feel like they’re in a situation that they can’t sort out,” Dr. Richard Martini, a child and adolescent psychiatrist at the University of Utah, told NPR. “They may also be in a position where they feel they can’t talk to anybody, even their parents, because their parents are going to be quite upset. And as the number of solutions for that situation dwindle, they can begin to think about, you know, I’d rather be dead than sort through this.”

In the Frisco Independent School District in Texas, the number of students requiring hospitalization for mental health emergencies increased during the school year. Of the 62,000 students in the district, 317 had been hospitalized for mental health concerns as of Dec. 11, surpassing the total number for the entire previous academic year. The number of students who considered, attempted, or died by suicide during the 2020 school year was also on track to surpass the previous year’s totals, according to Texas Tribune.

The increase in suicidal ideation and deaths by suicide is also alarming given the decrease in suicides for the first time in a decade in 2019. The CDC report, “Mortality in the United States, 2019,” released December 2020, revealed that between 2018 and 2019, the adjusted-for-age death rates for suicide fell by 2.1% in the country.

The disturbing spike in suicides and worsening mental health conditions among young people has pushed some schools to begin monitoring student devices. Schools within the Clark County district began using an early-warning system that monitors students’ mental health, and notifies the district when concerning behavior or writing is detected on school-issued iPads.

“There’s a level of social isolation for these kids – particularly for adolescents, but I think for all children —that they have not experienced before,” Martini told NPR.