Roy wrote a letter to Speaker of the House Nancy Pelosi calling for Ocasio-Cortez to apologize after she responded to a tweet from Cruz on Twitter saying she would work with any other Republican in Congress that didn’t try to get her killed. Roy said if she does not apologize he will find other ways to condemn her comments.

“It has come to my attention that Representative Alexandria Ocasio-Cortez sent out a tweet a few hours ago in which she accused Senator Ted Cruz, in essence, of attempted murder. As a member of this body who disagreed with “objections” to the electors and who has expressed publicly my concerns about the events leading to January 6th, it is completely unacceptable behavior for a Member of Congress to make this kind of scurrilous charge against another member in the House or Senate for simply engaging in speech,” Roy said in the letter to Pelosi.

“If Representative Ocasio-Cortez does not apologize immediately, we will be forced to find alternative means to condemn this regrettable statement,” Roy continued.

Cruz sent a tweet to Ocasio-Cortez, saying he agrees with her that the popular investing app Robinhood needs to explain its decision to block retail investors from purchasing certain stock. The New York Democrat responded by telling Cruz if he wants to help he should resign from the Senate and that he almost had her “murdered.”

“I am happy to work with Republicans on this issue where there’s common ground, but you almost had me murdered 3 weeks ago so you can sit this one out,” Ocasio-Cortez said. “Happy to work w/ almost any other GOP that aren’t trying to get me killed.” 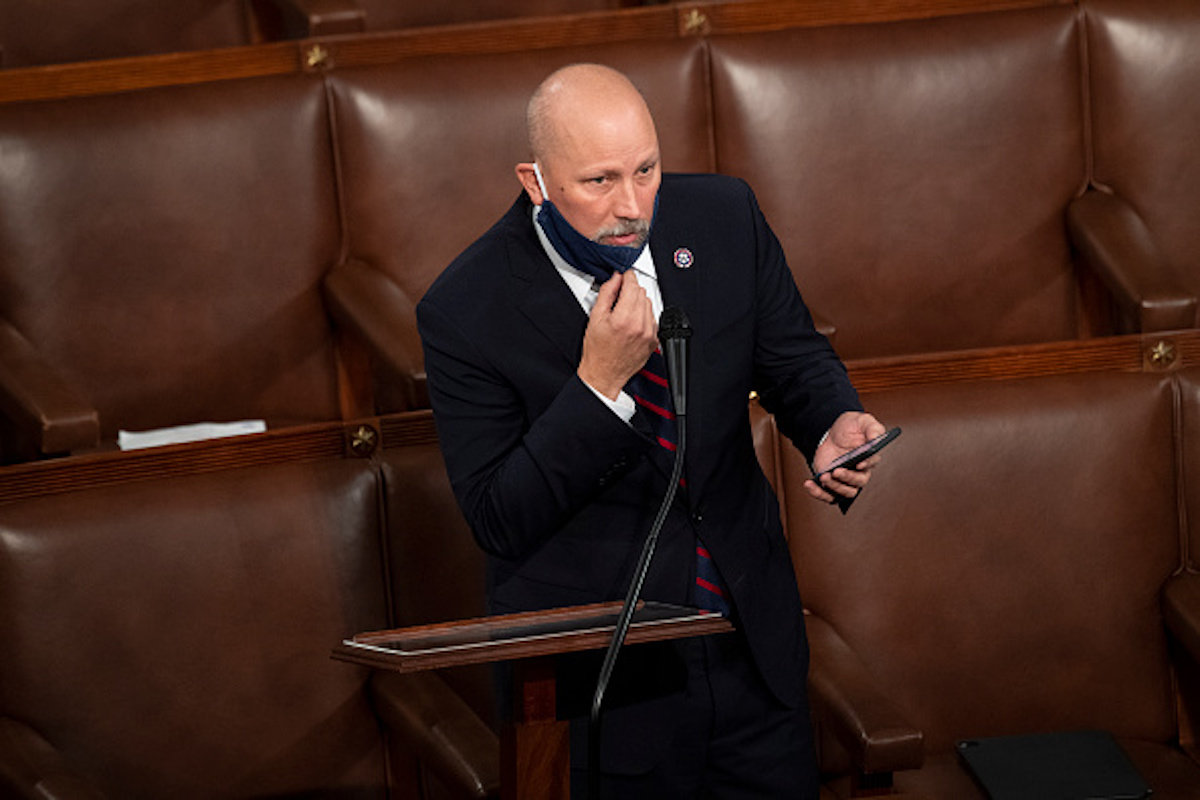 Rep. Chip Roy, R-Texas, challenges the seating of lawmakers from Arizona, Georgia, Michigan, Nevada, Pennsylvania and Wisconsin on the House floor on the first day of the 117th Congress on Sunday, Jan. 3, 2021. (Photo by Caroline Brehman/CQ-Roll Call, Inc via Getty Images)

“In the meantime if you want to help, you can resign,” she added. (RELATED: Rep. Ocasio-Cortez: Ted Cruz ‘Almost Had Me Murdered’)

Robinhood halted a number of stocks from being purchased, including GameStop, AMC, Blackberry, Nokia, Bed Bath & Beyond, Express Inc., KOSS Corp and Naked Brand, according to CNBC.