A powerful snowstorm has upended coronavirus vaccination efforts across the northeastern U.S., jeopardizing Americans’ existing appointments, according to local outlets throughout the region, and hindering what has been a rocky rollout thus far.

Distribution efforts were postponed from Washington, D.C. to Maine as cities like New York and Boston braced for as much as two feet of snow on Monday, state and local officials said. The storm also existing halted appointments for thousands of people as health officials warn of coronavirus variants from the United Kingdom, South Africa and Brazil that are spreading across the country.

New York City Mayor Bill de Blasio said that all appointments on Monday and Tuesday were canceled due to the storm, and New Jersey Gov. Phil Murphy said the same for Monday appointments scheduled throughout the state as well. Other northeastern governors were also reportedly discussing whether to halt appointments in an effort to keep people out of the potentially dangerous blizzard.

“I know how hard it is to get an appointment,” New York Gov. Andrew Cuomo said on Monday. “I know people will say ‘I had an appointment finally, is it really going to get rescheduled?’” he added, reaffirming that New York appointments would be rescheduled at state-run facilities. 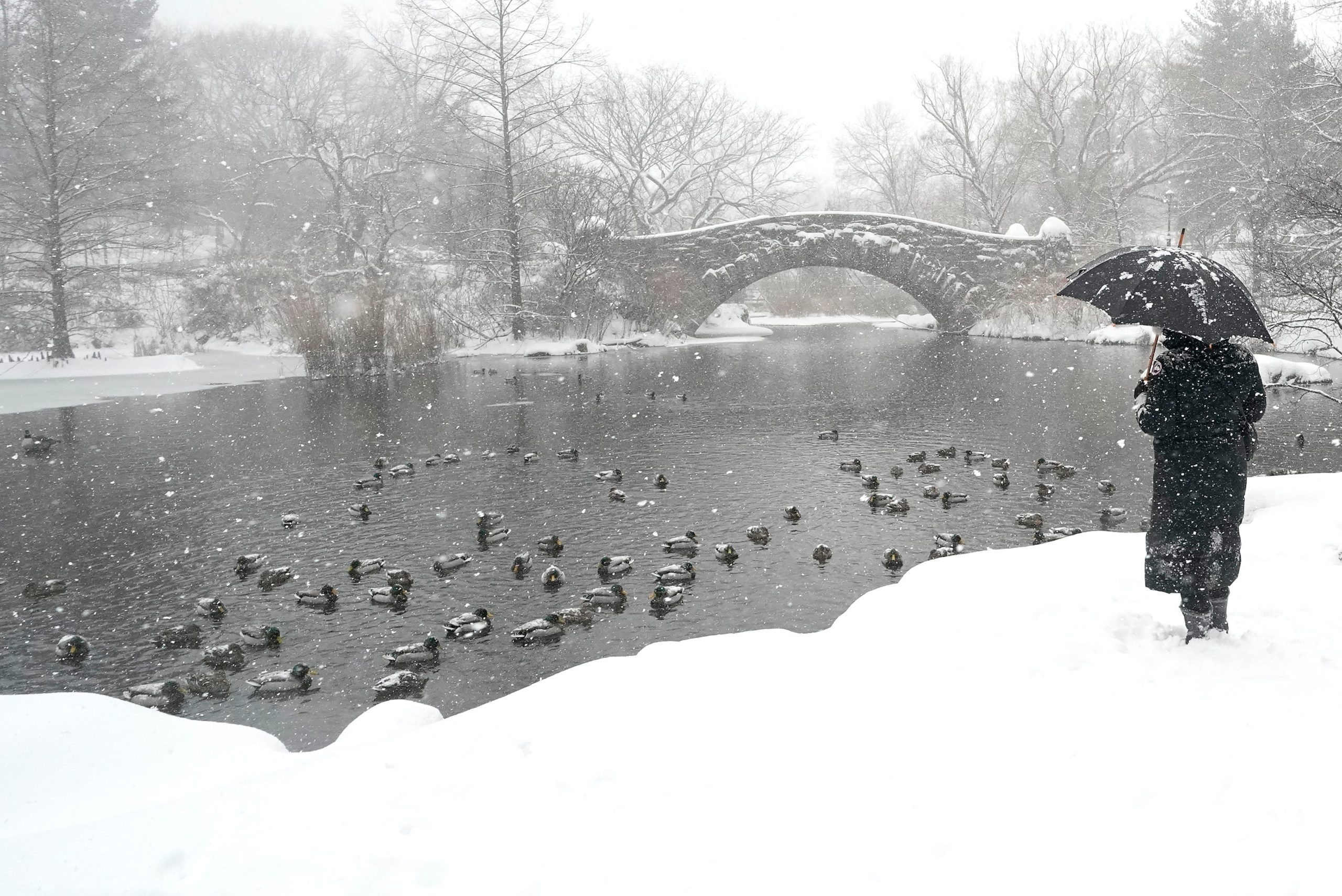 A person stands near the Gapstow Bridge in Central Park during a winter storm on February 1, 2021 in New York City. (TIMOTHY A. CLARY/AFP via Getty Images)

States in the northeast and across the country are trying to stock up on as much vaccine supply as possible in hopes of vaccinating as many residents before the virus and its variants spread even further. (RELATED: Moderna Says Vaccine Protects Against Variants, But Less Effective Against South African Strain)

“It all comes down to supply, supply, supply,” de Blasio said on Monday, urging pharmaceutical companies to ramp up production and reassuring that the delays to scheduled appointments were only temporary.

“With the storm situation, we’re going to be concerned about any disruption, but that should be a very temporary disruption,” he said.