The congresswoman’s revelation came during an Instagram Live video where she discussed the Jan. 6 Capitol Riot, when rioters supporting President Donald Trump stormed the U.S. Capitol Building, committing acts of vandalism and postponing the certification of the 2020 electoral college results as members of Congress were forced to evacuate the building.

“I’m a survivor of sexual assault,” she said, the New York Times reported. “And I haven’t told many people that in my life. But when we go through trauma, trauma compounds on each other.”

Ocasio-Cortez did not provide more information about the alleged assault, but said that those who argue that it is time to move on from the Capitol Riot are “using the same tactics of every other abuser who just tells you to move on.” She compared these tactics to those of “that man who touched you inappropriately at work, telling you to move on.”

“Are they going to believe you?” she said. “Or the adult who, you know, if they hurt you when you were a child and you grow up and you confront them about it, and they try to tell you that what happened never happened.” (RELATED: Ocasio-Cortez Describes Hiding In Her Bathroom During Riot, Questions Whether Officer Purposefully Put Her At Risk) 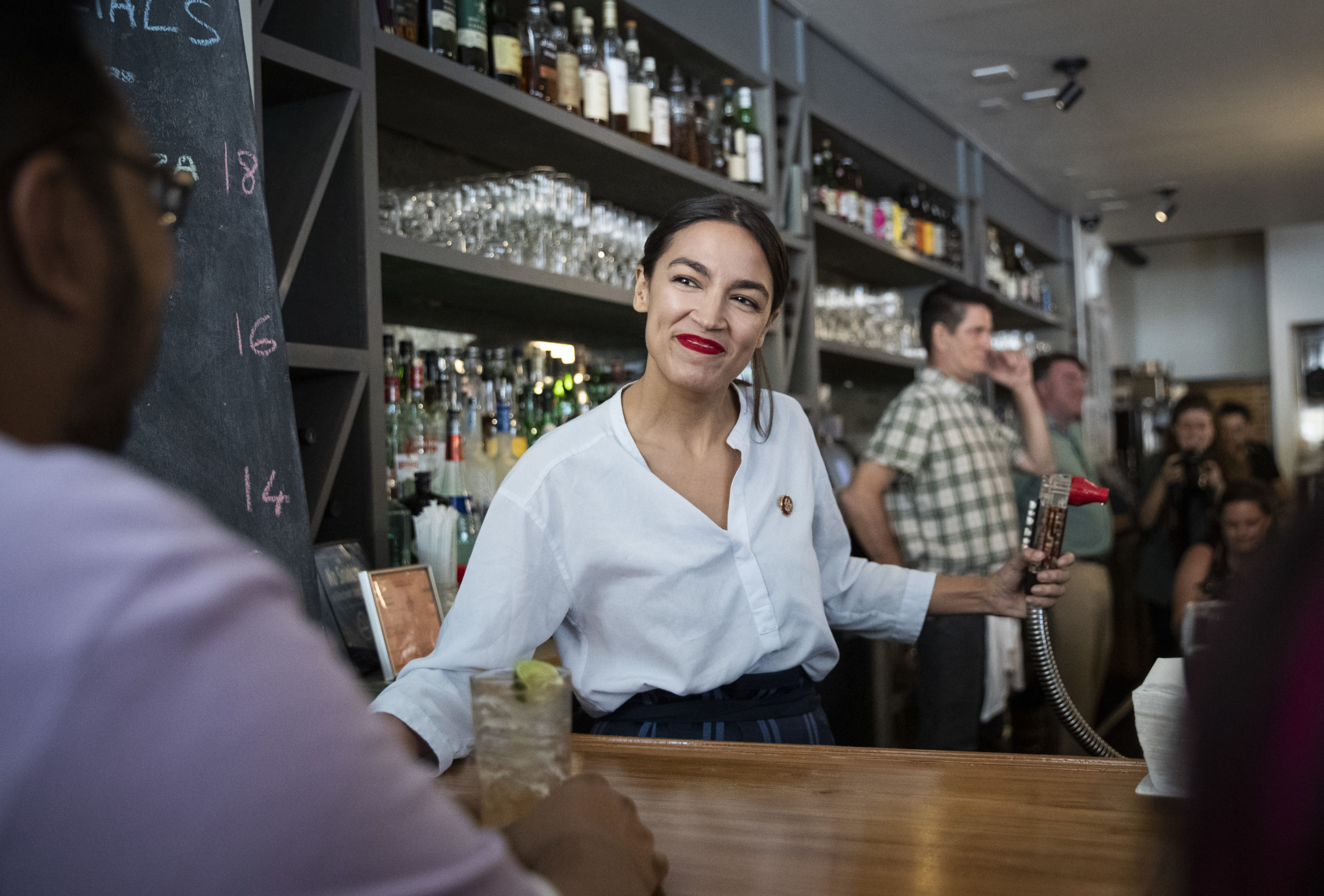 NEW YORK, NY – MAY 31: U.S. Rep. Alexandria Ocasio-Cortez (D-NY) works behind the bar at the Queensboro Restaurant, May 31, 2019 in the Queens borough of New York City.  (Photo by Drew Angerer/Getty Images)

The New York Democrat also described fearing for her life during the riot, saying she hid in her office bathroom after hearing loud banging and someone shouting, “Where is she?” repeatedly.

“I thought I was going to die,” Ocasio-Cortez said. “I have never been quieter in my entire life.”

The person who burst into her office was a Capitol Police officer, she said, whose attitude she described as seemingly full of anger and hostility. (RELATED: Ocasio-Cortez: Tara Reade Allegations ‘Not Clear Cut,’ But ‘Certainly Seems As Though Something Has Happened’)

She said she wondered if she was reading into the situation and projecting “something onto him,” but said that her staffer expressed similar feelings about the officer. (RELATED: Alexandria Ocasio-Cortez Says Biden Assault Allegations ‘Legitimate To Talk About’)

“We couldn’t tell, we couldn’t read if this was a good situation or a bad situation,” Ocasio-Cortez said. “Like so many other communities in this country, just that presence doesn’t necessarily give you a signal if you’re safe or not. So the situation did not feel ok.”