The estate of Jeffrey Epstein paid $190 million in taxes to the United States government, according to a report.

Epstein’s estate was initially estimated to be worth $577 million by attorneys. It has grown to $636 million in the year and a half since his death, the Miami Herald reported. The estate was settled in the US Virgin Islands, where Epstein owned a private island and did his banking. Epstein committed suicide in 2019 while awaiting trial in a Manhattan jail. (RELATED: Jeffrey Epstein Signed His Will Two Days Before His Death)

Epstein’s estate is the defendant in a civil suit brought by nine women in August 2020 who allege sexual abuse by Epstein dating back to 1978. One woman in that suit alleges that Epstein raped her when she was eleven years old, according to Business Insider. Although the lawsuit was filed in Manhattan Supreme Court in New York, the accusers allege that Epstein abused and trafficked them across multiple jurisdictions.

Epstein’s lone conviction was in 2008 for soliciting an underage prostitute. He served only 13 months in a county jail for that charge. Alex Acosta, at the time the US Attorney for Florida’s Southern District, resigned from his position as Secretary of Labor in the Trump Administration over the plea agreement he offered Epstein. 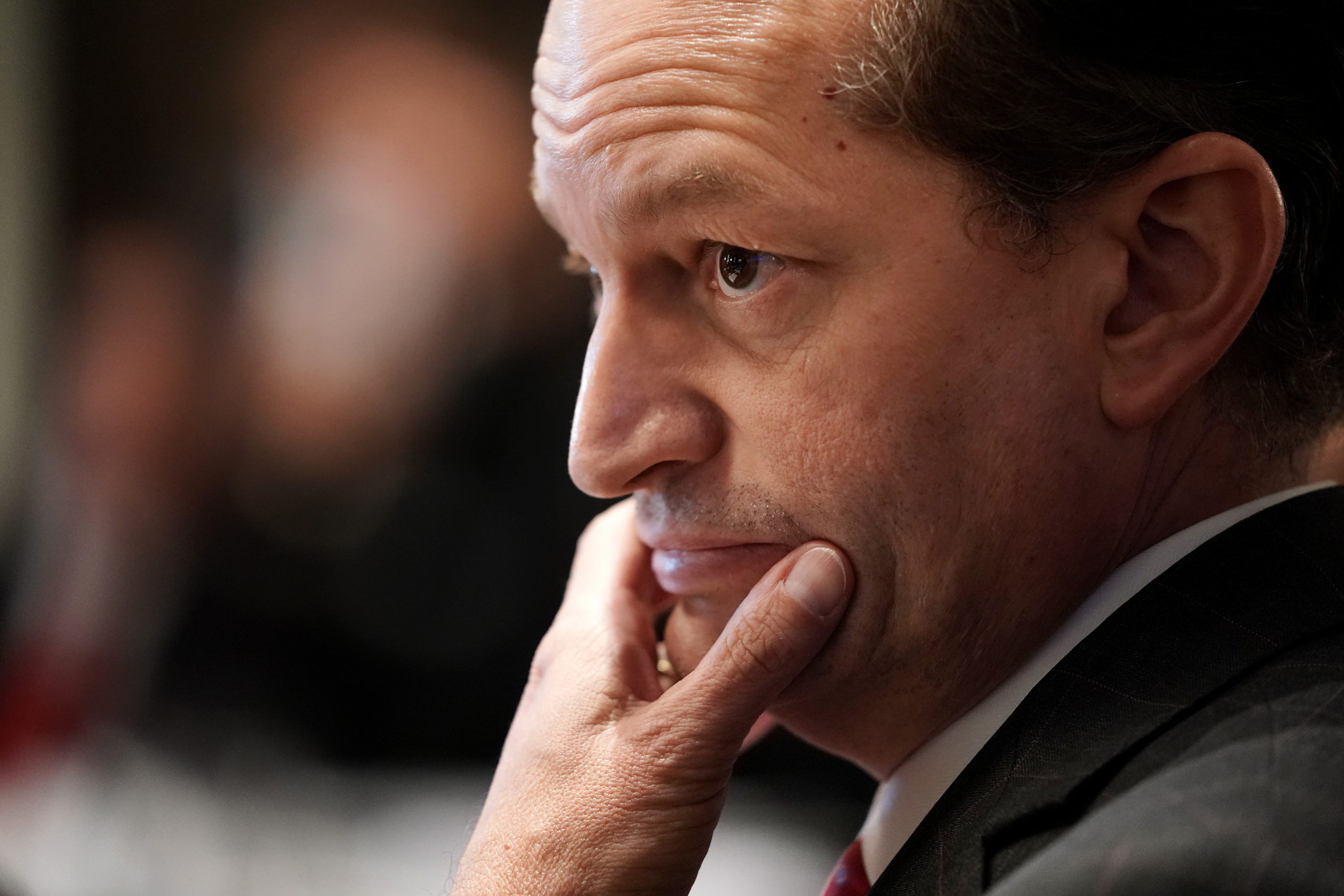 WASHINGTON, DC – JULY 16: U.S. Labor Secretary Alex Acosta attends a cabinet meeting with President Donald Trump at the White House July 16, 2019 in Washington, DC. This was Acosta’s last cabinet meeting before he leaves the administration at the end of the week over his involvement in the Jeffrey Epstein case. (Photo by Chip Somodevilla/Getty Images)

Former presidents Bill Clinton and Donald Trump faced questions over their personal relationships with Epstein. Clinton took at least 26 trips to Epstein’s private island, Little St. James, flying on Epstein’s private jet. Trump referred to Epstein as a “terrific guy” and “a lot of fun to be with” in a 2002 interview. Epstein had 14 different phone numbers for Trump in his address book, according to Business Insider. Trump suggested in a 2020 interview that Epstein did not commit suicide.