Treasury Secretary Janet Yellen sought and received an ethics waiver before she called a meeting between top federal regulators to discuss market volatility surrounding GameStop and other so-called meme stocks, according to Reuters.

Yellen’s move to obtain an ethics waiver followed reports that she received more than $800,000 in speaking fees from Citadel, a hedge fund directly connected to the GameStop saga. Citadel is invested heavily in Melvin Capital, another hedge fund that saw 53% of its $12.5 billion portfolio wiped away in January amid the GameStop short squeeze.

Citadel contributed to a $2.75 billion investment in Melvin Capital last week as its heavily-shorted position in GameStop got crushed amid the retail trader-driven short squeeze. (RELATED: What Comes Next For Robinhood And Reddit After Last Week’s GameStop Trading Frenzy?)

Yellen made history on Jan. 25 when the Senate confirmed her to serve as the first female Treasury secretary.

Citadel was founded by billionaire Ken Griffin, who also founded Citadel Securities, a separate company that pays the popular brokerage app Robinhood hundreds of millions of dollars to process the trades made on the platform.

Robinhood became embroiled in the GameStop saga when, as Melvin Capital was losing billions of dollars due to retail traders buying the stock en masse, it prohibited its users from purchasing the security. The move immediately caused GameStop stock to plummet, a boon for hedge funds like Melvin Capital that had heavily-shorted positions in the stock.

A class-action lawsuit was filed against Robinhood on Thursday accused the brokerage of blocking its users from purchasing GameStop stock “for the benefit of people and financial institutions who were not Robinhood’s customers.” 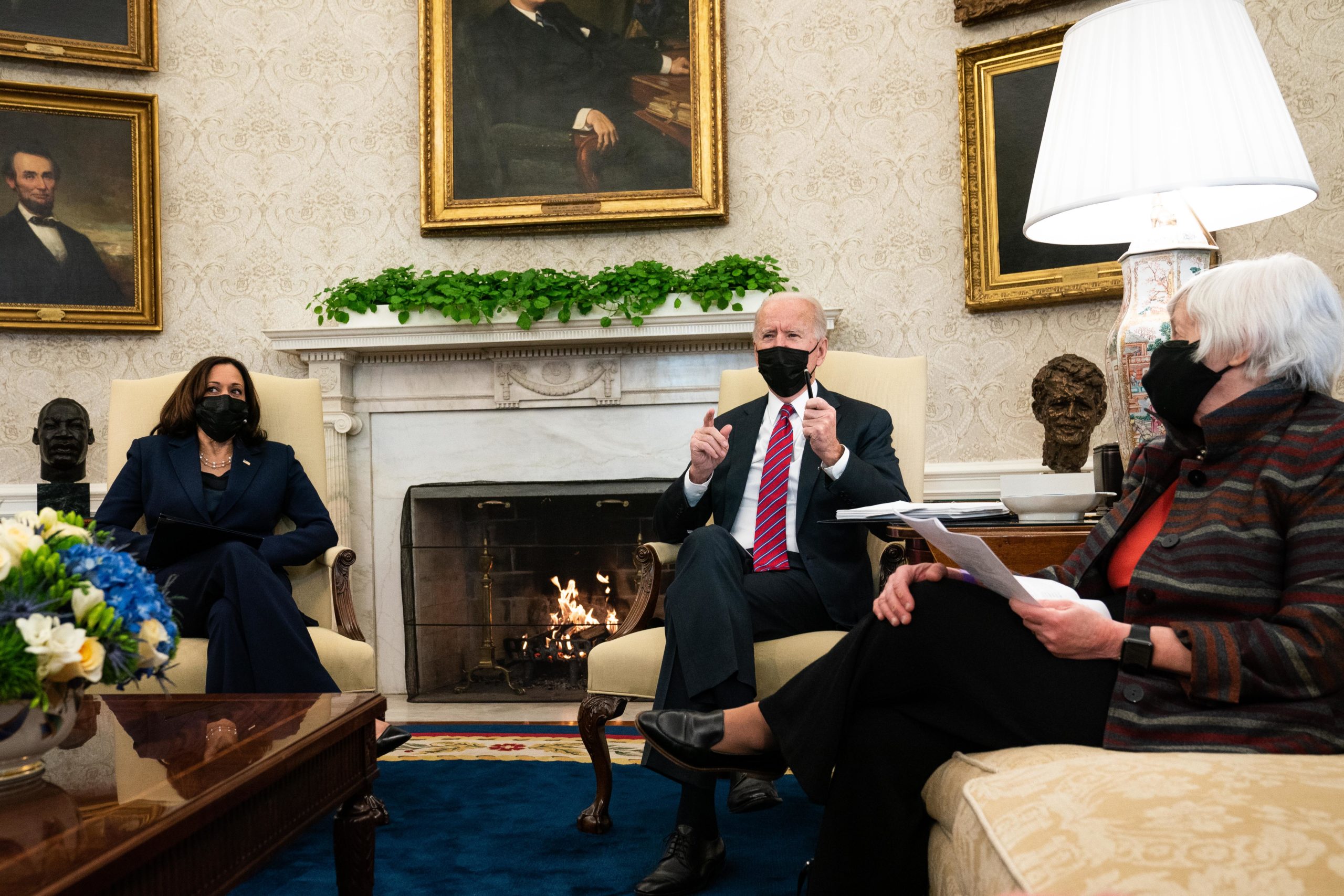 A spokesperson for Citadel, the hedge fund, said Thursday it had nothing to do with Robinhood’s decision to restrict access to GameStop stock.

Yellen will convene the heads of the Securities and Exchange Commission, the Federal Reserve, the Federal Reserve Bank of New York and the Commodity Futures Trading Commission to discuss the GameStop saga. It’s unclear when the meeting will be held, but Reuters reported it could take place as early as Thursday.

“Secretary Yellen believes the integrity of markets is important and has asked for a discussion of recent volatility in financial markets and whether recent activities are consistent with investor protection and fair and efficient markets,” the Treasury Department said in a statement.

The Treasury Department did not immediately return a request for comment.