President Joe Biden wants to include a significant tranche of funds specifically aimed at helping ailing restaurants in his $1.9 trillion coronavirus stimulus package.

As first reported by the New York Post, Senate Majority Leader Chuck Schumer urged the president to carve out $25 billion for restaurants and bars that saw revenue disappear in 2020. Non-chain establishments would be able to apply for grants of up to $10 million. 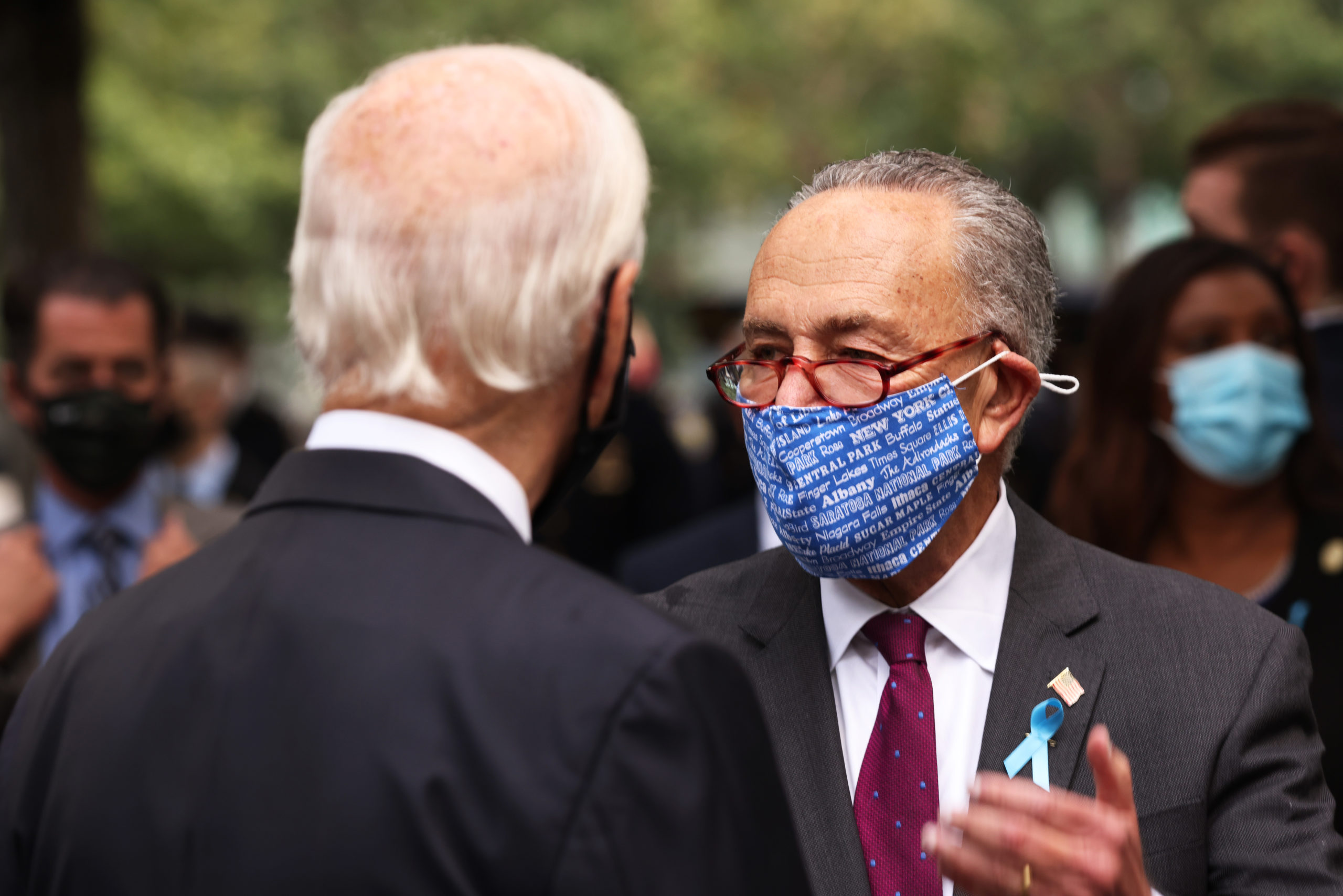 NEW YORK, NEW YORK – SEPT. 11: Democratic presidential nominee and former Vice President Joe Biden and Senator Chuck Schumer (D-NY) speak during a 9/11 memorial service at the National September 11 Memorial and Museum on Sept. 11, 2020 in New York City. The ceremony to remember those who were killed in the terror attacks 19 years ago will be altered this year in order to adhere to safety precautions around COVID-19 transmission. (Photo by Michael M. Santiago/Getty Images)

Biden is concurrently ramping up negotiations with Congress on his package. He met with a number of Senate Republicans at the White House on Monday to discuss their $618 billion proposal but subsequently told Democrats that the Republicans’ proposal was simply too limited. (RELATED: Some Of Biden’s Top White House Economic Advisers Are Reportedly Pushing Back On His Stimulus Package)

Biden is also hosting Schumer and a number of Democratic Senate committee chairmen at the White House on Wednesday to discuss the stimulus. Democratic Delaware Sen. Chris Coons told the White House press pool Wednesday morning that he had a conversation with the president “about the direct payments and how those might be modified in a way to ensure they’re targeted.”

Coons added that despite Biden’s willingness to lower the salary-phase out threshold for another round of checks, he is “not going to forget the middle class.”

The White House did not return Daily Caller’s request for comment by press time.