Activists are concerned that law enforcement operations to increase security after the Capitol riot on Jan. 6 will negatively impact minority communities, the Associated Press reported Wednesday.

Official responses to prevent domestic extremist attacks by right-wing groups could inadvertently put black Americans, Muslims and other minorities in danger, according to some activists and civil rights organizations, the AP reported.

“White violence is consistently perpetuated and then used as justification for increased surveillance or increased state power against communities of color,” Iranian American activist Hoda Katebi, 26, said, the AP reported. Katebi was called a terrorist and heckled for wearing a headscarf after the Sept. 11 attacks, according to the AP. 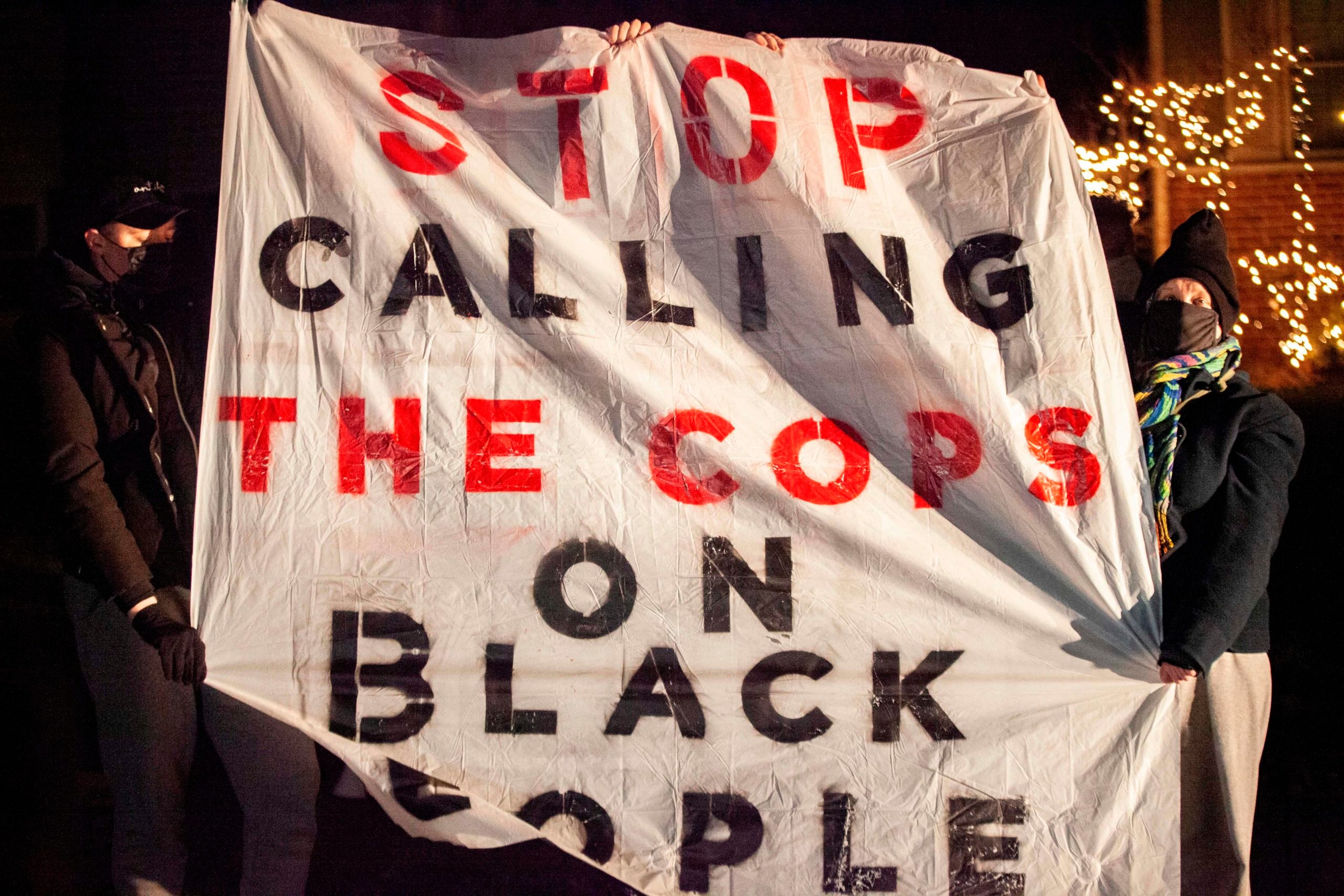 People hold signs as they participate in a call to action “White People Stop Calling the Cops on Black People” protest. (STEPHEN ZENNER/AFP via Getty Images)

Civil rights groups expressed concern of additional law enforcement powers based on the experience of black and Muslim communities who were surveilled by agencies during previous decades, including the height of the civil rights movement, the AP reported.

The FBI surveilled civil rights leaders like Martin Luther King Jr. in the 1950s and 1960s through the COINTELPRO program which was established to interrupt Communist Party endeavors, the AP reported.

“There’s an entire federal code in place that allows you to successfully go after this violence before you need to sort of say, ‘Oh, wait, you know, there’s this existing gap and we need more power,’” said Maya Berry, executive director of the Arab American Institute, the AP reported.

The FBI told the AP in a statement that it “investigates and responds to incidents only when an individual’s activity crosses the line from ideas and constitutionally protected activity to violence.”

The Bureau said it will defer decisions to increase domestic investigation authorities to Congress and the Department of justice.

The Department of Justice has not said whether it will pursue additional power or if it is capable of addressing domestic extremism under existing authorities, the AP reported. Prosecutors have relied on other statutes to establish conduct as terrorism without having a federal law to explicitly charge certain crimes as domestic terrorism.

People can be arrested and charged for providing funding or organizational aid to designated foreign terror groups even if they did not directly participate in any actions taken by the group, the AP reported. Currently, there are no laws that establish similar consequences for people who may provide the same support to domestic extremist groups.

The Department of Justice and FBI did not respond to the Daily Caller News Foundation’s request for comment.