Hunter Biden’s memoir, entitled “Beautiful Things,” will focus on his past substance abuse addiction, according to publisher Gallery Books, The Associated Press reported. Hunter Biden’s drug addiction received national attention in October after a laptop, alleged to have belonged to him, was uncovered and included pictures that appeared to show him smoking crack.

“In his harrowing and compulsively readable memoir, Hunter Biden proves again that anybody — even the son of a United States President — can take a ride on the pink horse down nightmare alley,” author Stephen King wrote in advance praise of the book, according to the AP. (RELATED: ‘Watch Yourself’: Biden Reportedly Asked Family To Rein In Business Activity Before Election)

Knowledge of the memoir was kept under tight wraps, even amid the Nov. 3 presidential election in which Hunter Biden’s father defeated former President Donald Trump. In addition to King, writers Dave Eggers and Anne Lamott wrote blurbs commending the book.

“I come from a family forged by tragedies and bound by a remarkable, unbreakable love,” Hunter Biden wrote in one passage released by Gallery, according to the AP. 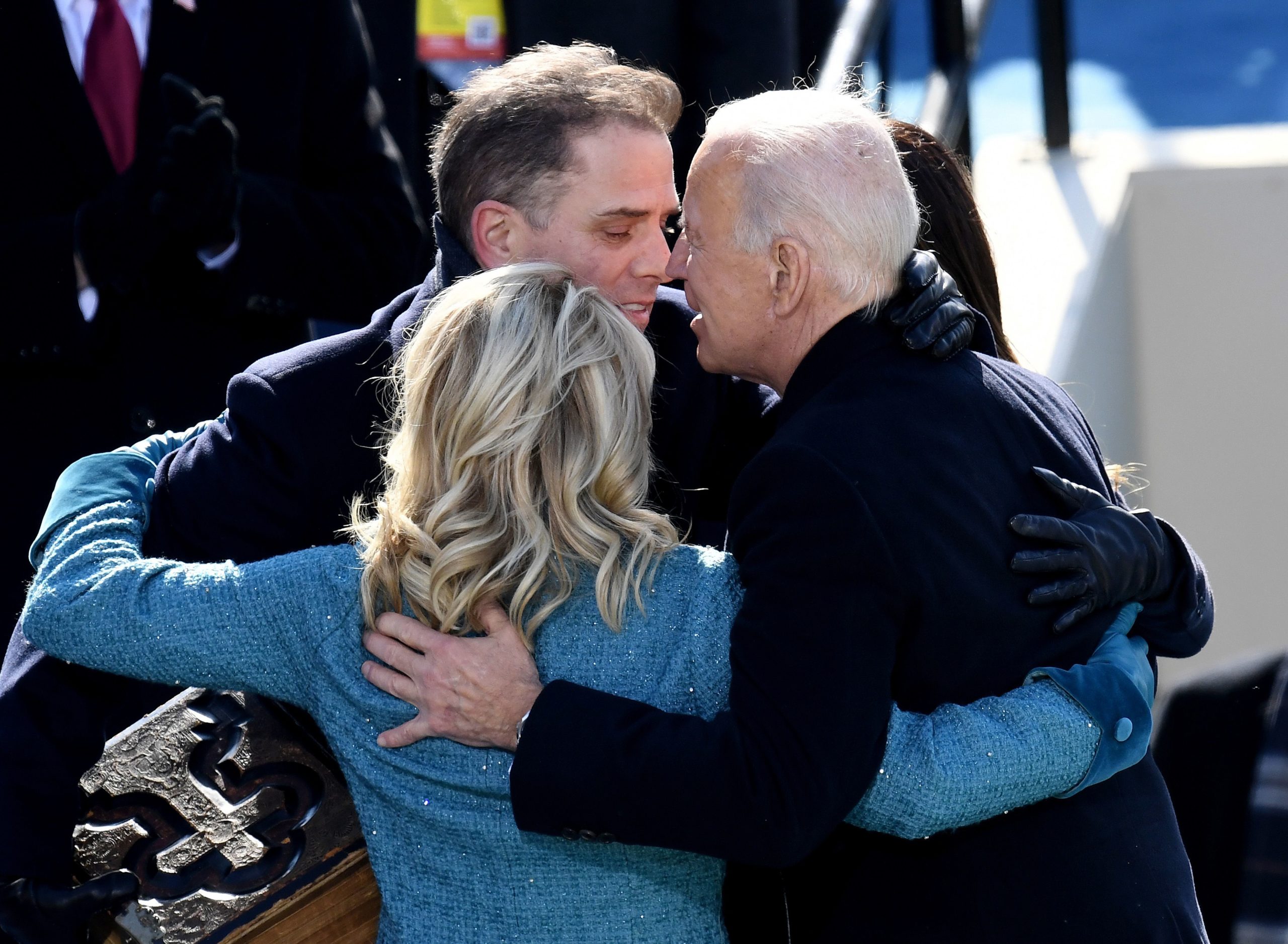 President Joe Biden hugs his son Hunter Biden and First Lady Jill Biden after being sworn in as the 46th president, on Jan. 20 at the Capitol. (Olivier Douliery/AFP via Getty Images)

During the campaign, Joe Biden was forced to defend his son after the laptop was released, according to USA Today. Trump and his allies alleged that the laptop proved Hunter Biden profited off his father’s political success.

“What he’s saying is a bunch of garbage,” Joe Biden said in response to Trump’s accusations during the October presidential debate, USA Today reported.

In December, Hunter Biden announced that he was under federal investigation for tax crimes. The Department of Justice investigation began in 2018 and might extend into the Chinese business dealings of the president’s son, a source familiar told the Daily Caller News Foundation.

The book, which was written with author and journalist Drew Jubera, will be released on April 6 according to the AP. The financial terms of the book deal haven’t been disclosed.

“He starts with a question: Where’s Hunter? The answer is he’s in this book, the good, the bad, and the beautiful,” King continued.