As President Joe Biden settles into his new role leading the country, differences from former President Donald Trump regarding the media continue to emerge.

This time, the difference has shown itself with regards to sit-down interviews.

Biden took part in his first sit-down interview on Wednesday with People Magazine since becoming president. The interview, published on Feb. 3, also featured First Lady Jill Biden, and the duo largely spoke about family and marriage. (RELATED: Here’s Everything You Need To Know From The Bidens’ Interview With People Magazine)

“My whole life, I’d always rather be with my boys, with my children,” Biden said during one part of the interview. “I like being with everybody else. But if I got to go away skiing with the boys and my daughter. I went with my grandkids, to me it’s the thing that I care about the most.”

Absent was the hard-hitting questions about policies and decisions one might assume would come during a president’s first sit-down interview. 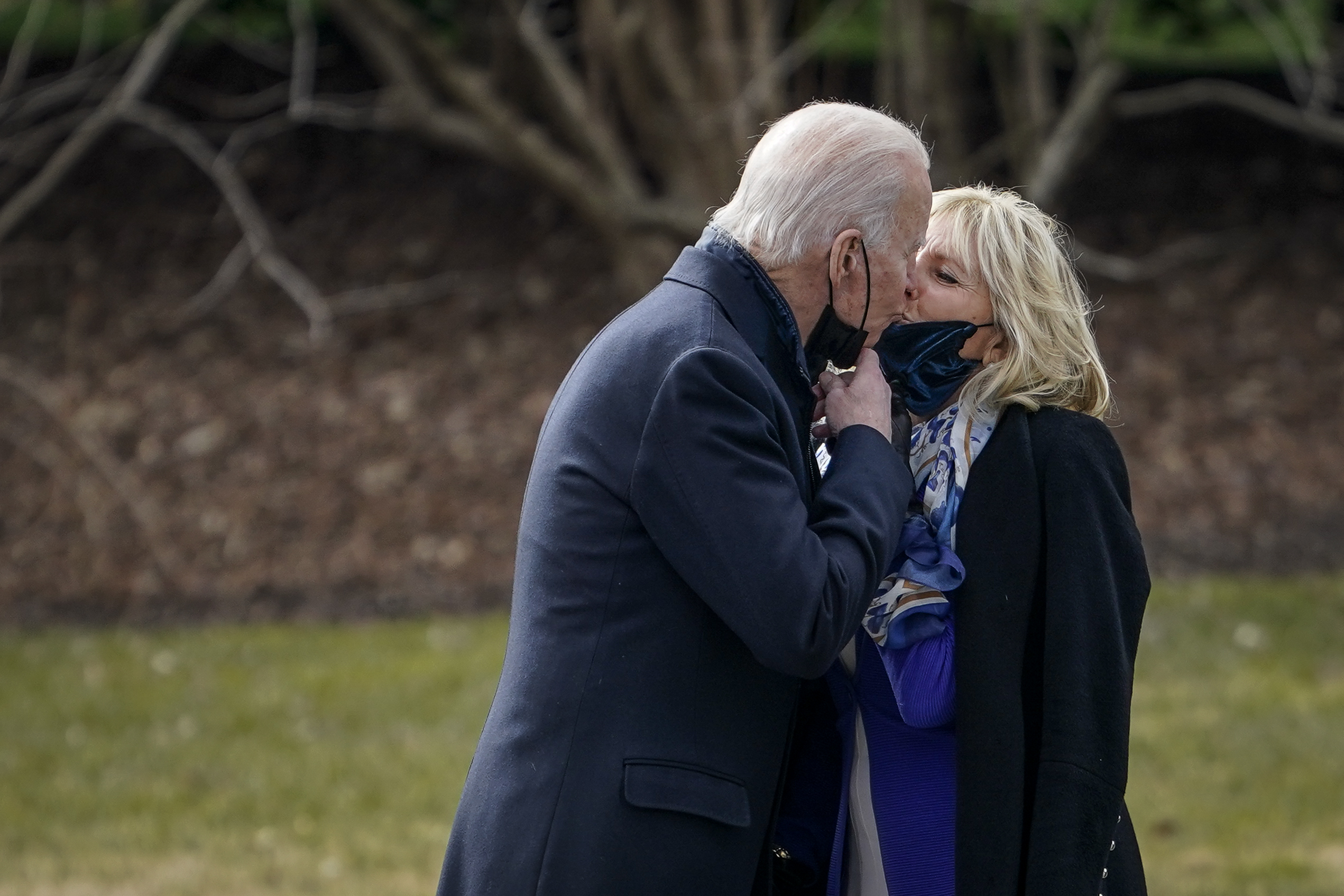 U.S. President Joe Biden kisses his wife first lady Dr. Jill Biden as he walks to Marine One on the South Lawn of the White House on January 29, 2021 in Washington, DC. (Drew Angerer/Getty Images)

Trump’s first sit-down interview with ABC News’ David Muir occurred on Jan. 25, 2017. Muir spoke with Trump at length, diving into policies like the border wall, illegal immigration, Trump’s allegations about losing the popular vote, his past comments about the size of rallies and much more.

This interview drew in headlines left and right. Politifact issued a fact-check calling out what “Trump got wrong” and NY Magazine headlined a post pointing out all of the “bizarre moments.”

Biden’s recent interview, however, featured far less polarizing news – perhaps because the content hardly featured his plans as president. Fox News co-hosts Dana Perino and Bill Hemmer noted on Wednesday that Trump never “got one of those interviews in four years.”

“They [the media] were throwing smoke every time!” Hemmer declared.

Perino agreed before suggesting that the move was smart, as People Magazine has high circulation and the topics are light-hearted for a new presidential couple.

Prior to his interview with People Magazine, Biden’s other latest interview was with late night host Stephen Colbert.

Colbert had some tougher topics for Biden, including touching briefly on scandals surrounding his son Hunter Biden. The late night host phrased the questions as a lay-up for Biden, though, saying: “You know that the people who want to make hay here in Washington are going to try to use your adult son as a cudgel against you. How do you feel about that and what do you have to say to those people?”

Colbert ended the interview by asking Biden if we are “going to be alright.” The New York Post’s editorial board, which endorsed Trump for another term in 2020, slammed the Colbert interview as “a real joke” afterwards.

Biden has announced another interview coming up soon – he plans to sit down with CBS News’ Norah O’Donnell before the Super Bowl. Still, the media’s treatment of the current president compared to his predecessor continues to show itself, with the latest evidence being Biden’s People Magazine interview.

Prior to Biden becoming president, Americans got a glimpse into the coverage they could expect for the next four years. Various news articles spent time praising Biden’s administration as “delightfully boring” and fawning over pets returning to the White House. (RELATED: Here’s The Type Of Media Coverage You Can Expect For The Next 4 Years)

Critics have also brought up concerns about the press’ lack of access to Biden. More recently, a report alleged that the White House has been trying to get reporters to give them their questions prior to the press briefings. The allegations apparently concerned some White House reporters, according to the Daily Beast.