Former President Donald Trump hired two new lawyers for his upcoming impeachment trial – David Schoen and Bruce Castor Jr. His attorneys will play a critical role as they defend the former president from being convicted by the Senate, which would mean he couldn’t run for office again.

Castor is known for declining to prosecute Bill Cosby in 2005 when he worked as a county commissioner and district attorney for Montgomery County, Pennsylvania. Castor said that he declined to prosecute Cosby because he said the case was too weak, NPR reported. He’s known to enjoy the spotlight – Politico reported that he often received media attention in the early 2000s when he was known for having a lot of personality and prosecuting high profile homicide cases. (RELATED: President Trump Could Be Impeached. What Happens Next Is Up In The Air)

As someone who was seen as a moderate Republican, Castor was known for sometimes fighting with his own party, Politico reported. Insiders speculate that he may have taken on Trump’s case to position himself for a run for Senate or governor in 2022.

Democratic Montgomery County commissioner Ken Lawrence told Politico that he was “shocked” that Castor had become a lawyer for the impeachment trial. 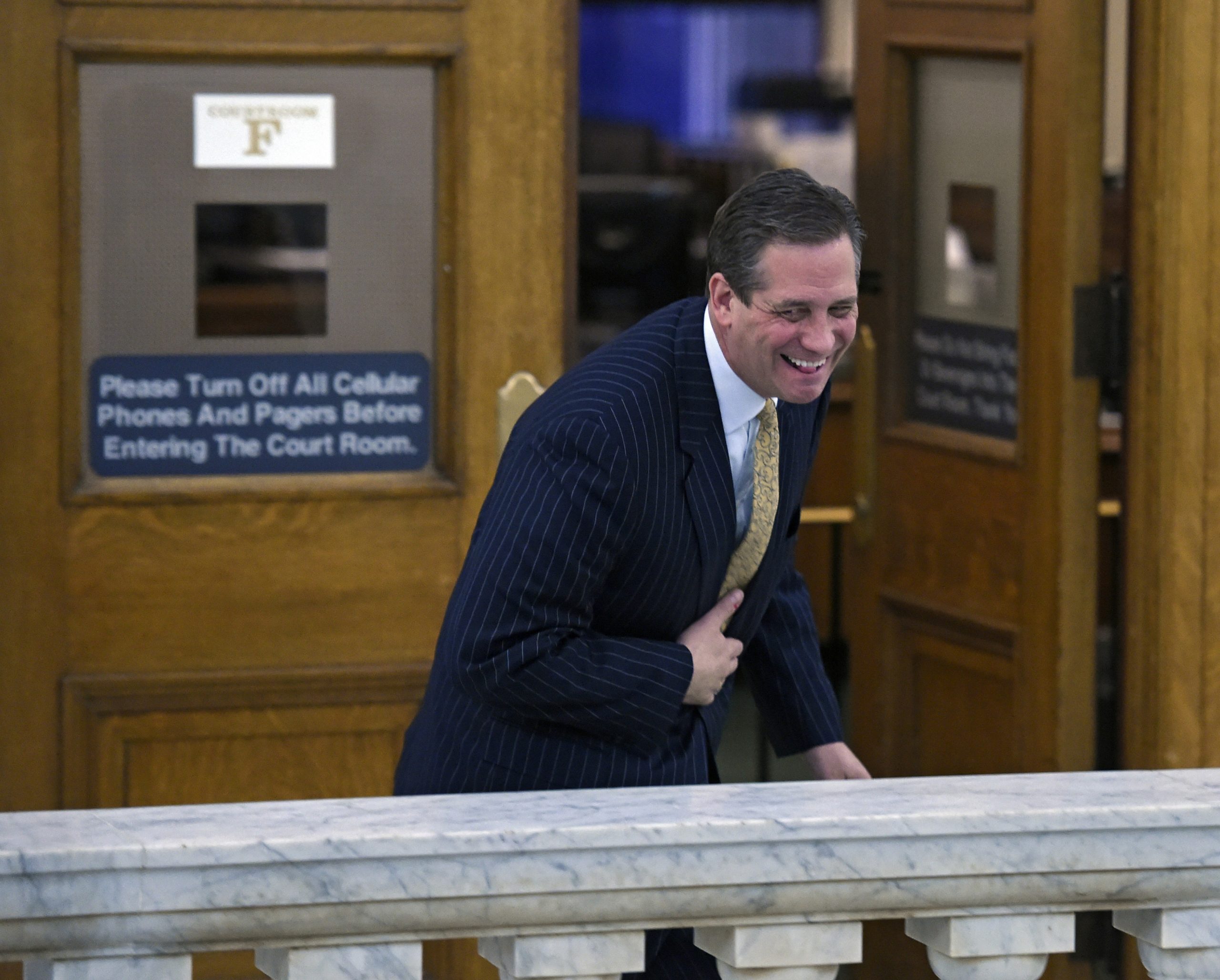 Former Montgomery County District Attorney Bruce Castor leaves Montgomery County Courtroom A after testifying in a pre-trail hearing for entertainer Bill Cosby and his sexual assault case February 2, 2016 in Norristown, Pennsylvania. Castor is a witness for Cosby, claiming he gave Cosby immunity from prosecution so he, Cosby, would testify in a civil case against him. (Photo by Clem Murray – Pool/Getty Images)

Shoen, a legal commentator on television channels including Newsmax, worked as an attorney for political consultant Roger Stone when Stone was appealing his conviction. The attorney is also known for meeting with Jeffrey Epstein days before his death to discuss his case, according to the Atlanta Jewish Times. The two met Aug. 1 at the Metropolitan Correctional Center in New York, Shoen told the outlet, and “talked about the future” and “all sorts of plans for the case.”

“I don’t believe [Epstein’s death] was suicide,” Shoen told the Atlanta Jewish Times. “I think someone killed him. I don’t like to speculate. I’m not a conspiracy theorist.”

According to his website, some of Shoen’s high profile cases included defending the most powerful Italian Mafia figure in the world in a racketeering case, defending leaders of the Russian and Israeli Mafia in narcotics cases, and defending the boss of one of New York’s five Mafia families in a racketeering murder case. He also acted on behalf of the Ku Klux Klan to strike down anti-making and public marching prohibitions.

Trump’s legal team plans to argue that the former president’s speech given before the Jan. 6 Capitol riot is protected under the first amendment and that it’s unconstitutional to impeach a president after he has left office, according to their official response to the charges.

Trump was impeached Jan. 13 by House Democrats and ten House Republicans who claimed his Jan. 6 speech amounted to an “incitement of insurrection.” A conviction in the Senate, which would prevent Trump from running for federal office again, is unlikely because only five out of 45 Senate Republicans voted to hold a trial. A two-thirds majority in the Senate is required to convict the former president, meaning Senate Democrats would need 17 Republicans to vote in favor of impeachment.