The number of Americans filing new unemployment claims decreased to 779,000 last week as the economy continued to suffer the effects of the ongoing coronavirus pandemic, according to the Department of Labor.

The Bureau of Labor and Statistics (BLS) figure released Thursday represented a decrease in the number of new jobless claims compared to the week ending Jan. 23, in which there were 847,000 new jobless claims reported. Roughly 17.8 million Americans continue to collect unemployment benefits, according to the BLS report Thursday.

“I think this winter is going to be particularly tough on the job market,” Ryan Sweet, an economist at Moody’s Analytics, told the WSJ. “The path of the economy is tied to the hip of the pandemic.” (RELATED: Nearly 20% Of American Renters Are Behind On Payments, Analysis Shows) 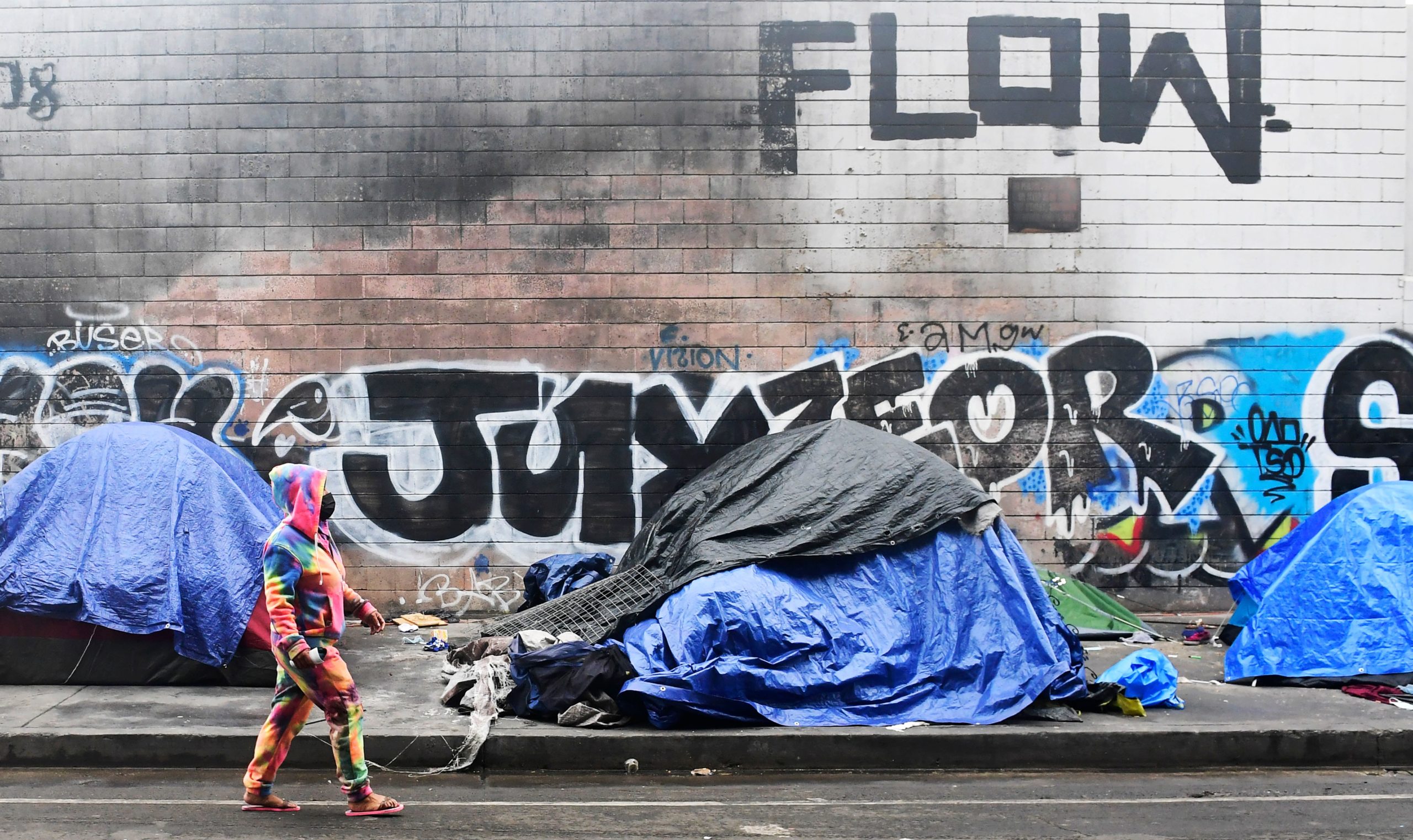 A woman walks past tents for the homeless lining a street in Los Angeles, California on Monday. The U.S. recorded its sharpest rise in poverty since the 1960s when the poverty rate spiked to 11.8% in December. (Frederic J. Brown/AFP via Getty Images)

President Joe Biden inherited an economy that has been sluggish in recent weeks and months. The U.S. lost 140,000 jobs in December, marking the first jobs loss since April, according to the Department of Labor data released Jan. 8.

Meanwhile, stocks have stayed elevated since Biden was sworn into office and Democrats became the majority party in Congress. Investors were optimistic about Biden’s proposed $1.9 trillion relief bill, which includes $2,000 direct payments to Americans and an additional $400 in unemployment pay per week.

Average coronavirus cases and deaths per million have started to decline in the last month, according to The COVID Tracking Project. On Wednesday, the U.S. reported 3,685 new coronavirus-related deaths and 116,960 new cases while 91,440 Americans remained hospitalized from the virus.