U.S. Customs agents seized nearly 13 million counterfeit face masks and more than 200,000 banned test kits and tablets in 2020 — a majority of which originated in China, The Wall Street Journal reported.

In the 12-month period that ended Sept. 30, 2020 U.S. Customs and Border Protection (USCBP) confiscated 177,000 test kits prohibited by the Food and Drug Administration (FDA) and 38,000 chloroquine and hydroxychloroquine tablets, also banned by the FDA, the Journal reported. The Journal was basing its report on a USCBP report set for release Thursday.

U.S. Customs agents seized nearly 13 million counterfeit masks in a year, as well as test kits and other items, more than half of which came from China https://t.co/eMdnlhPqCc

Other items that were seized include nearly 37,000 “antivirus lanyards” that are claimed to prevent COVID-19 infection, and contain substances banned by the Environmental Protection Agency, the Journal reported.

“What we are seeing is, no big surprise, a lot of counterfeits rolling through those supply chains,” Brenda Smith, an executive assistant commissioner at the USCBP’s Office of Trade, told the Journal.

Counterfeits are goods intended to deceive consumers who rely on familiar brand names and logos when making decisions about purchases, and are typically offered at lower prices. Counterfeits can be dangerous since they are not usually tested for safety.

In December, Customs agents seized 21 boxes filled with counterfeit masks labeled as 3M Mask Model 1860, which didn’t pass an authentication process. The boxes were also labeled as “Made in the USA” although they were imported from Shenzhen, China. If the masks were genuine 3M products, the total cost of the shipment would have been $65,520, according to USCBP. 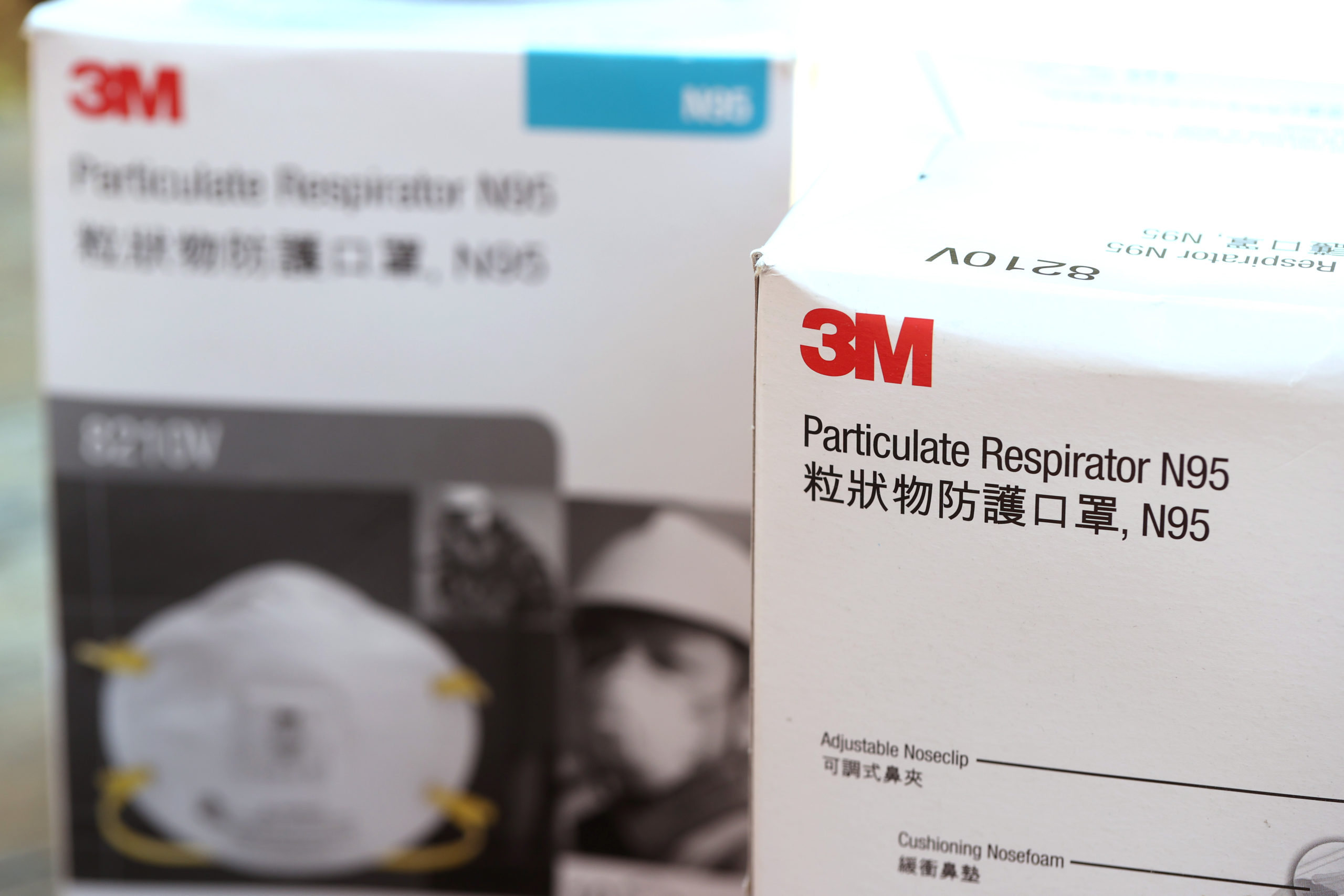 After items are seized, they are destroyed and the importers are notified.

USCBP has also banned imports from the Xinjiang region of China in an effort to eliminate slave labor from supply chains after numerous reports have shown that forced labor is being used in the region. Cotton and tomato imports from the region were banned in January, and in September, four companies were blocked from shipping any of their products to the U.S.

The Tariff Act of 1930 prohibits the importation of merchandise produced by forced labor. Human rights groups have accused China of overseeing forced factory labor in Xinjiang, along with constant surveillance, religious and political education camps, and bans of Muslim religious practices like fasting aimed at suppressing the Muslim Uighur minority.

Between 2019 and 2021, USCBP said it issued 10 without release orders related to Uighur workers, according to the Journal.