Rachel Manna admitted to stealing the information through a government computer that belonged to a former Justice Department contractor, according to the press release. Manna solicited help from Danielle Taff, a former paralegal contractor for the U.S. Attorney’s Office for the Southern District of Iowa who did not have the necessary authorization to acquire the district’s criminal data, according to admissions linked to Manna’s guilty plea. (RELATED: Barr: DOJ Has ‘Multiple’ Criminal Leak Investigations Underway)

Taff took approximately 30 pictures of information linked to a drug-trafficking probe, which was both sensitive and not publicly available, after acquiring the data around May, 16, 2018, according to the press release. Manna acknowledged she had requested specific defendants’ data from Taff in spring 2018.

The information Taff retrieved was from “the district’s shared electronic data storage drive, including reports of law enforcement interviews with at least two individuals who cooperated with the district in a drug-trafficking investigation,” according to the press release.

“Among other sensitive information, the photographs taken by Taff and subsequently posted on Facebook identified at least two cooperators in the drug-trafficking investigation by name and other personal identifiers,” according to the press release. 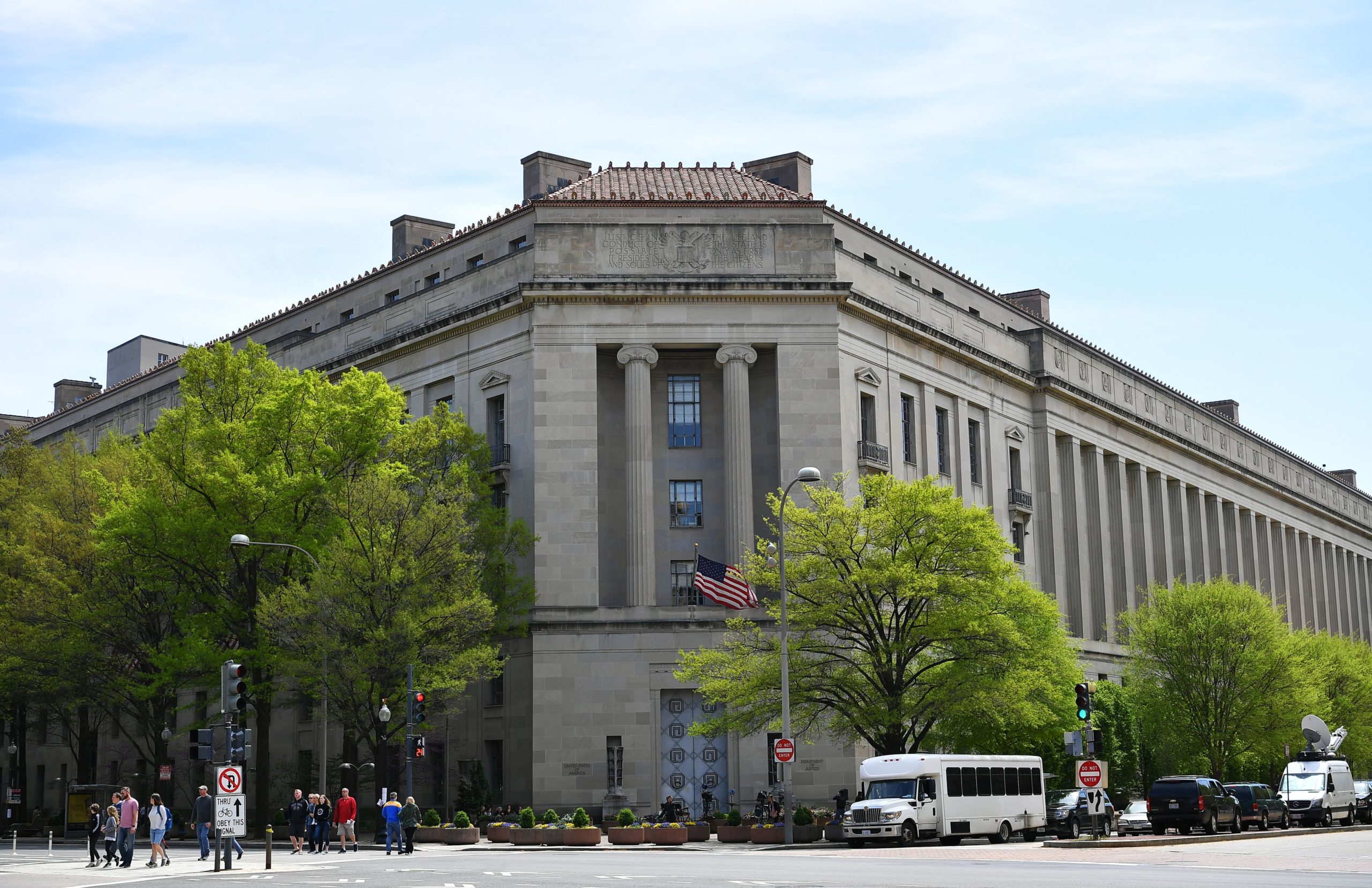 An April 16, 2019 photo shows the Department of Justice in Washington, DC. -Mueller himself has offered no conclusion on this, according to a brief summary of the report from Barr, who was handpicked by Trump. (Photo by MANDEL NGAN / AFP) (Photo by MANDEL NGAN/AFP via Getty Images)

Taff, also of Iowa, pleaded guilty on Nov. 6, 2020 for illegally using the computer and sharing the confidential data, according to a seperate Justice Department press release. Taff’s sentencing is set for March 9 and Manna’s is set for June 4.