The U.S. economy reported an increase of 49,000 jobs in January while the unemployment rate fell to 6.3%, according to Department of Labor data released Friday.

Total non-farm payroll employment increased by 49,000 in January, according to the Bureau of Labor Statistics report, and the number of unemployed persons fell to 10.1 million. Economists projected 50,000 Americans to be added to payrolls and the unemployment rate to increase to come in at 6.7% prior to Friday’s report, according to the WSJ.

The U.S. lost 140,000 jobs in December while unemployment remained at 6.7%, marking the first time the U.S. reported negative job growth since April.

In August, the unemployment rate fell below 10% for the first time since April when the rate reached 14.7%. The economy lost 20.5 million jobs in April. (RELATED: More Than $63 Billion In Coronavirus Unemployment Insurance Could Have Been Improper, Fraudulent, Watchdog Says) 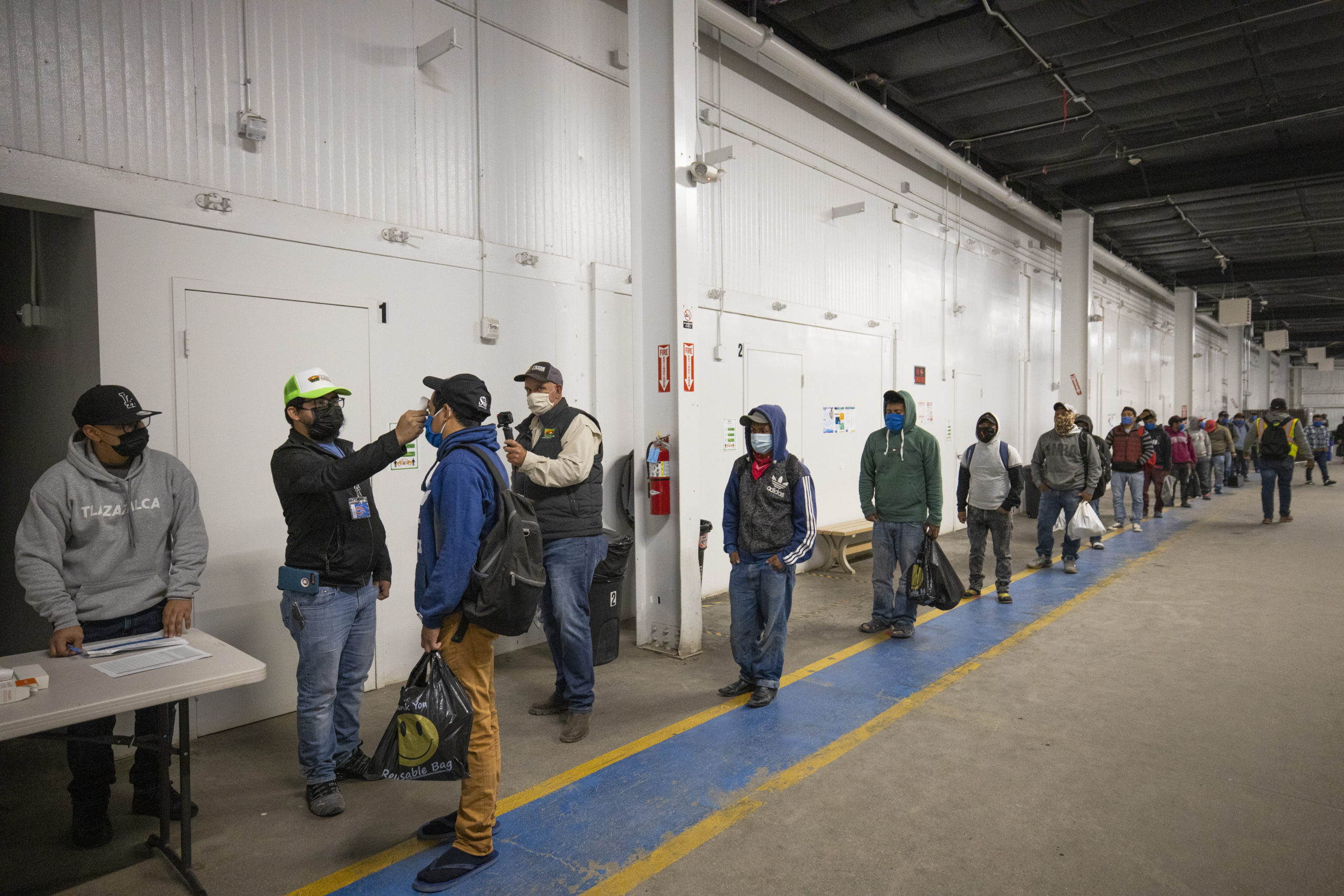 Migrant farm laborers have their temperature checked and are asked questions about their health before boarding the bus to their shift in King City, California last year. (Brent Stirton/Getty Images)

President Joe Biden inherited an economy that has been sluggish in recent weeks and months. In addition to the dismal December jobs report, the economy shrank 3.5% in 2020, according to a Jan. 28 Bureau of Economic Analysis report, the worst performance since the 1940s.

The U.S. also recorded its sharpest rise in poverty since the 1960s when the poverty rate spiked to 11.8% in December.

But, stocks have stayed elevated since Biden was sworn into office and Democrats became the majority party in Congress. Investors were optimistic about Biden’s proposed $1.9 trillion relief bill, which includes $1,400 direct payments to Americans and an additional $400 in unemployment pay per week.

Investors have focused on the passage of the coronavirus relief bill, according to CNBC. At the end of December, Congress passed and President Donald Trump signed a $900 billion stimulus package, which included direct payments of $600 and $320 billion in small business support.

Average coronavirus cases and deaths per million have started to decline in the last month, according to the COVID Tracking Project. On Thursday, the U.S. reported 5,212 new coronavirus-related deaths and 123,907 new cases while 88,668 Americans remained hospitalized from the virus.