The popular investment platform Robinhood is facing dozens of lawsuits in multiple states, but legal experts doubt whether the complaints will hold any water in court.

Retail investors in New York, California, Florida, Texas and several other states have sued Robinhood over the past week, alleging the financial services company violated its contract when it restricted trading of so-called meme stocks including GameStop on Jan. 28. The forced halting of trading caused GameStop’s stock price to immediately tumble 372% from $468.49 to $126.01, causing many traders to incur massive losses.

“We look forward to seeking justice for consumers and holding Robinhood to account for its conduct last week,” Jason Rathod, a lawyer representing the plaintiffs in a California suit, told The Wall Street Journal. “So far, Robinhood has deflected responsibility, and acted as if external forces beyond its control are responsible for suspending trading. These excuses ring hollow.”

Robinhood CEO Vlad Tenev blamed a financial clearinghouse, a company that ensures stock market trades are processed, for the decision to halt trades, in a blog post Tuesday. The clearinghouse demanded $3 billion on the morning of Jan. 28 to cover the meme stock trades occurring on Robinhood’s platform, which it determined to be risky. (RELATED: What Comes Next For Robinhood And Reddit After Last Week’s GameStop Trading Frenzy?) 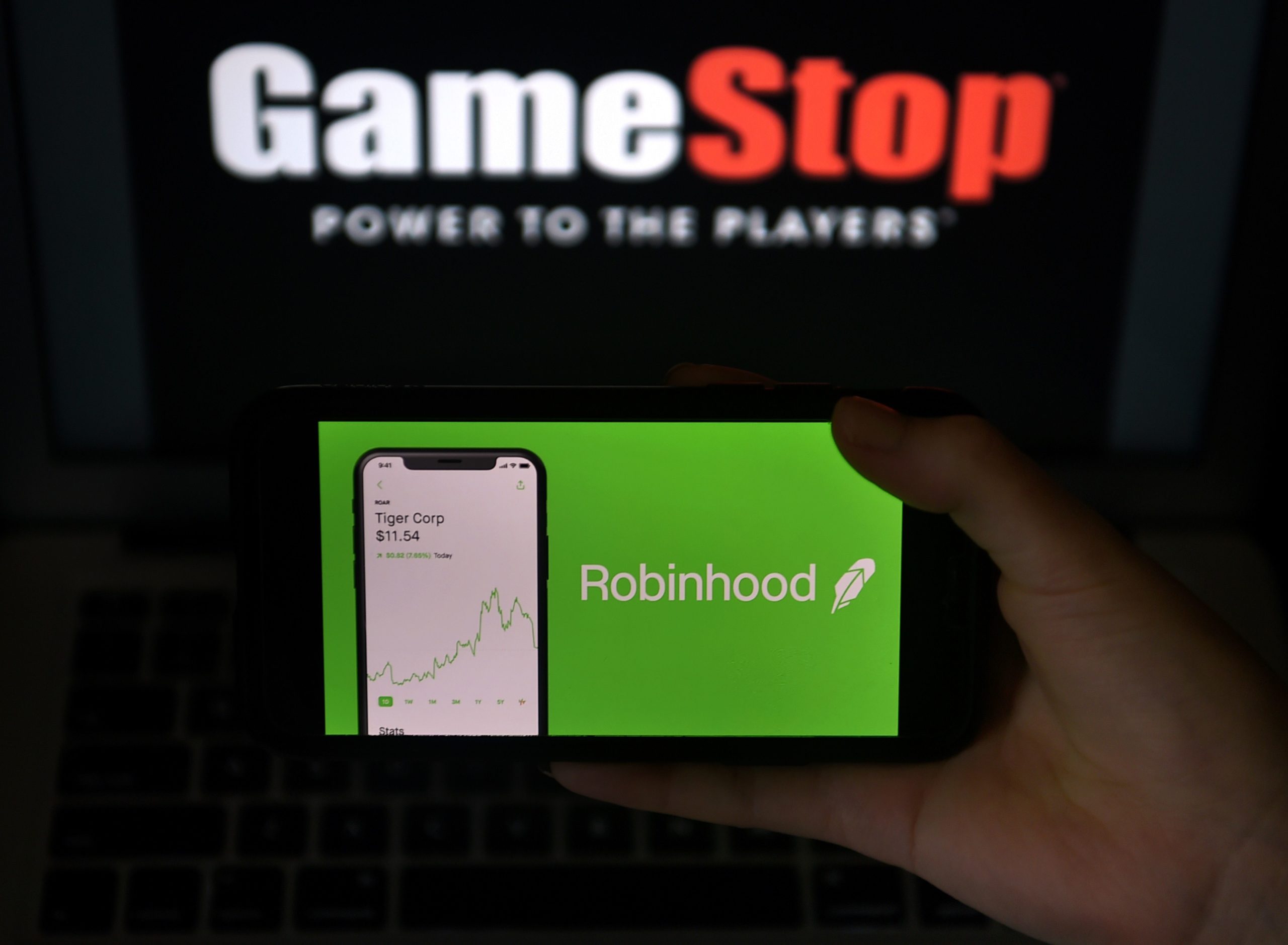 An illustration of GameStop and Robinhood logos are pictured in Arlington, Virginia on Jan. 28. (Olivier Douliery/AFP via Getty Images)

But a lawsuit filed in New York said Robinhood “deprived their customers of the ability to use their service” for “no legitimate reason,” the WSJ reported. Federal lawsuits filed in Florida and Texas reviewed by the Daily Caller News Foundation made similar claims.

“Robinhood purposefully, willfully, and knowingly removed [GameStop] and other stocks from its trading platform in the midst of an unprecedented stock rise, thereby depriving retail investors of the ability to invest in the open-market and manipulating the open-market,” the Florida complaint said.

Retail investors collaborating on Reddit triggered the saga, driving up the stock price of companies whose stock hedge funds had attempted to “short” or bet against. The plan worked and caused hedge funds like Melvin Capital to lose billions of dollars. Halting trading as the GameStop stock price skyrocketed last week was interpreted by critics as helping hedge funds.

“Upon information and belief, these actions were done at the behest of and in concert with the Hedge Fund Defendants,” the Texas complaint alleged. (RELATED: Elon Musk Tells Robinhood CEO To ‘Spill The Beans’ On Behind-The-Scenes Moves) 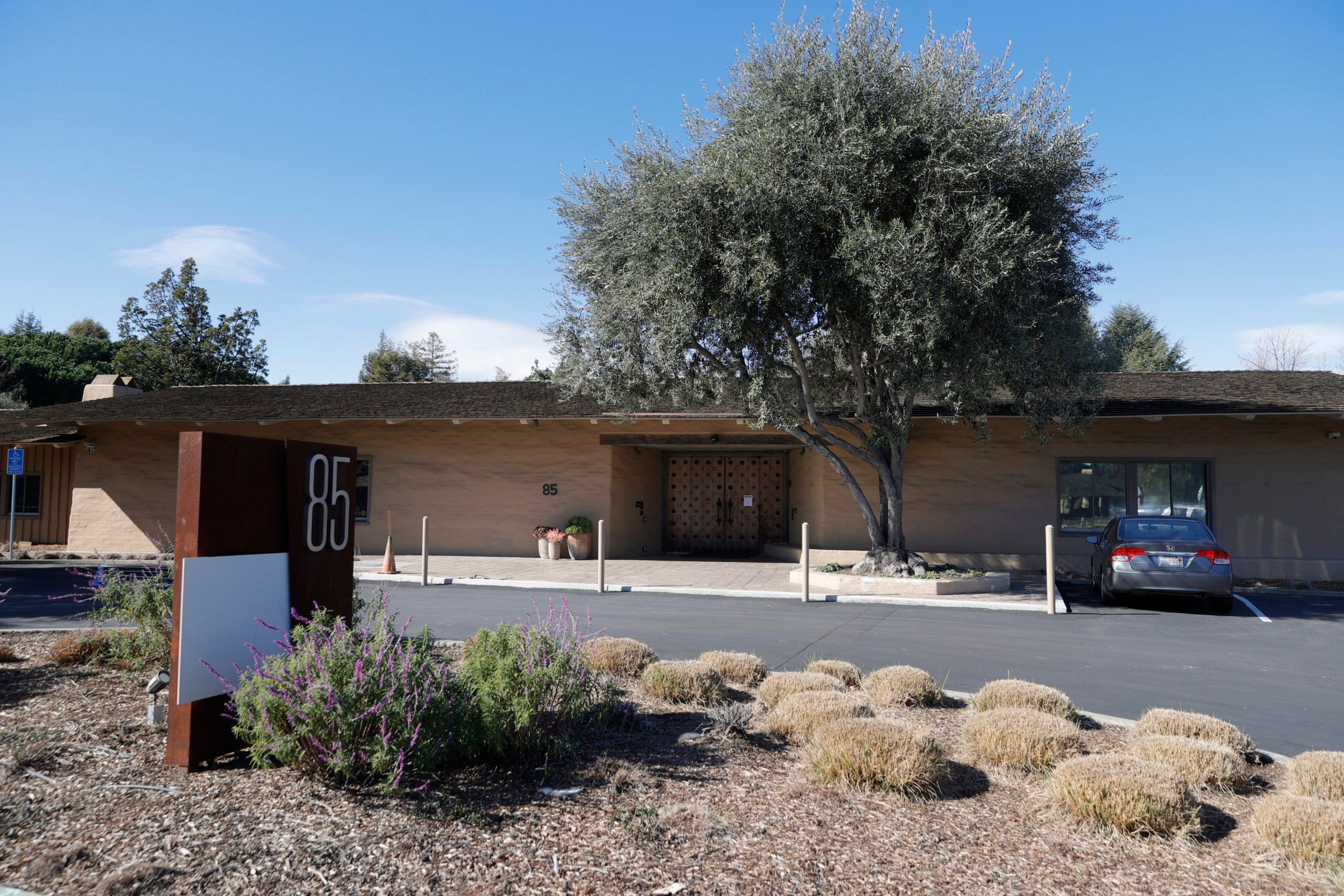 A view of the headquarters for trading app Robinhood on Feb. 1 in Menlo Park, California. (Justin Sullivan/Getty Images)

Several Republican and Democratic elected officials joined together to criticize Robinhood’s restriction of trading. The Securities and Exchange Commission said it was closely monitoring the situation and would protect investors.

“I’m trying to get everybody that has a role to play,” Waters said, according to Bloomberg. “I want Reddit there. I want Robinhood there. I even want GameStop there. And I want a couple of the hedge funds there.”

But experts doubted the strength of the lawsuits against Robinhood in interviews with the DCNF. (RELATED: How A Rabble Of Anonymous Redditors Stuck A Thumb In Wall Street’s Eye)

“I don’t think that a breach of fiduciary duty claim here will be successful,” Rutgers Law School professor Arthur Laby also told the DCNF. “Broker-dealers historically have been held to a standard of suitability, not a fiduciary standard.”

Robinhood’s terms of service, which all users must agree to, state that the company may “prohibit or restrict” trading at its “sole discretion.”

“It is just nonsense,” said University of Michigan Law professor Adam Pritchard. “If they don’t like the terms of service at Robinhood they should open up a brokerage account somewhere else and let them see if they can trade.”

Robinhood didn’t immediately respond to a request for comment.