91-year-old San Diego resident Paul Grisham lost his wallet when he was in Antarctica working as a Navy meteorologist in 1967. However, it finally turned up and Grisham was reunited with it on Jan. 30, 53 years after he returned to California from the icy continent.

His wallet was discovered behind a locker while a building at McMurdo Station, the southernmost town on Earth, was being demolished, according to KTLA. It contained Grisham’s driver’s license, Navy ID, a tax withholding statement, a homemade Kahula recipe, a beer ration punch card, money order receipts, and a pocket reference card instructing what to do in the event of an atomic, biological, or chemical weapons attack. 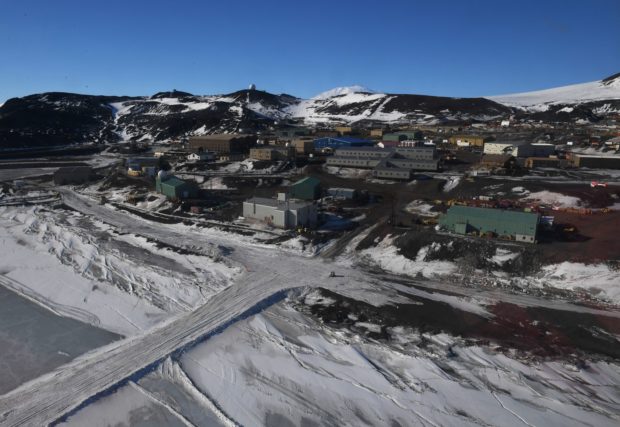 General view of the US McMurdo Station in Antarctica on November 11, 2016. (Mark Ralston/ Getty Images)

Grisham enlisted in the United States Navy in 1948 and started out as a weather technician before moving up to weather forecaster and getting promoted to the rank of lieutenant in Antarctica, according to the Los Angeles Times. He was posted in Antarctica for “Operation Deep Freeze,” in which the Navy provided logistical support to civilian scientists working on the continent. Married with two toddlers at the time, Grisham said he went to Antarctica “kicking and screaming.” (RELATED: Nowhere Is Safe: Coronavirus Finally Reaches Antarctica, Infecting All Seven Continents)

Grisham was “just blown away” when the wallet was returned.  He said he cannot even remember losing his wallet in Antarctica, but was grateful that a group of amateur sleuths went through the weeks-long effort of writing emails, Facebook messages, and letters to track him down, the Los Angeles Times reported.

“There was a long series of people involved who tracked me down,” he said.