Critics of Supreme Court Justice Amy Coney Barrett predicted she would be a religious zealot, but her first opinion on a church ruling took a more middle-ground approach.

The Supreme Court delivered a 6-3 ruling late Friday that California cannot enforce its bans on religious services during the pandemic. In an unsigned opinion, the court declined to lift bans on singing and chanting inside houses of worship — a move pushed by both Justices Barrett and Brett Kavanaugh.

“The applicants bore the burden of establishing their entitlement to relief from the singing ban,” Barrett wrote in her first opinion, with Kavanaugh in agreement. “In my view, they did not carry that burden – at least not on this record.” (RELATED: Liberal Groups Warned That Kavanaugh Would Push SCOTUS Dramatically To The Right. Their Fears Haven’t Been Met)

Justices Clarence Thomas and Neil Gorsuch had pushed to grant all of the churches’ requests, including lifting the bans on singing and chanting.

“Even if a full congregation singing hymns is too risky, California does not explain why even a single masked cantor cannot lead worship behind a mask and plexiglass shield,” Gorsuch wrote, with Thomas in agreement. “Or why even a lone muezzin may not sing the call to prayer from a remote location inside a mosque as worshippers file in.”

Barrett’s critics had previously painted her as a religious zealot whose extreme views made her unfit to serve on the Supreme Court. (RELATED: ‘Devout’ Or ‘Extreme’: Media Treats Catholicism In Vastly Different Ways Depending On Politics)

“The conclusion one draws is that the dogma lives loudly within you,” Democratic California Sen. Dianne Feinstein told Barrett during her 2017 confirmation hearings. “And that’s of concern.” (RELATED: Amy Coney Barrett Speaks Out On ‘Dogma’ Charge, Religious Tests For Judges) 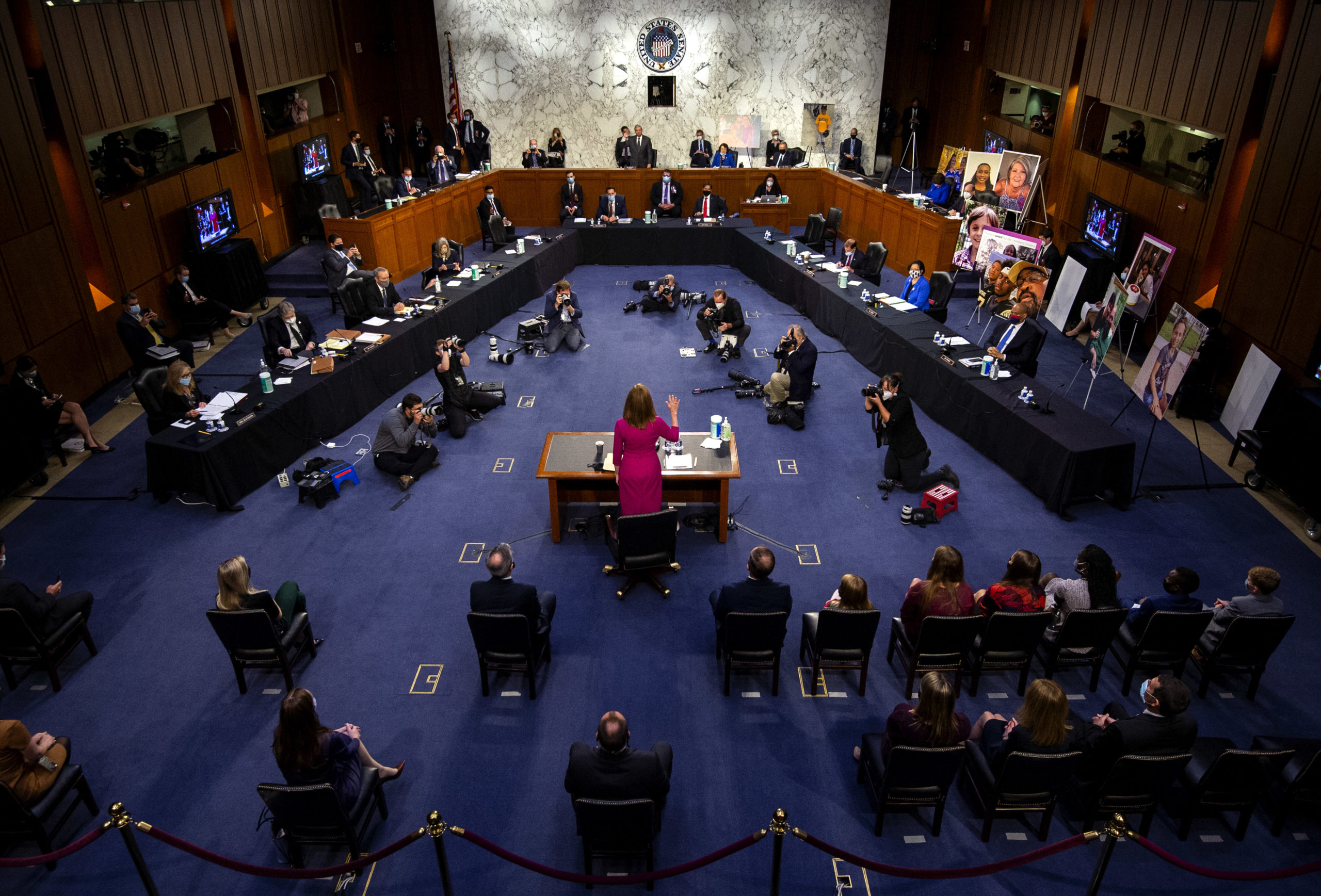 During the same hearing, Democratic Illinois Sen. Dick Durbin questioned Barrett over an article she co-authored as a law student that included the term “orthodox Catholic,” asking Barrett: “Do you consider yourself an orthodox Catholic?”

“If you’re asking whether I’m a faithful Catholic, I am, although I would stress that my own personal church affiliation or my religious belief would not bear on the discharge of my duties as a judge,” Barrett told him. (RELATED: Here’s A List Of Democrats Who Have Attacked Amy Coney Barrett For Her Faith)

As lawmakers argued over who would replace Supreme Court Justice Ruth Bader Ginsburg, some media figures even went so far as to suggest that Barrett adopted two of her children for nefarious reasons, and many of Barrett’s critics justified their distrust of her Catholicism by saying that it would impede her ability to serve as a justice.

“If her religion never made it into her court decisions, she can believe what she wants,” disgraced former congresswoman Katie Hill tweeted.“But, yes, personally, I DO object to any religion that still insists women be subservient.”

“Amy Coney Barrett, the judge at the top of Trump’s list to replace Ruth Bader Ginsburg, has said we should always remember that a ‘legal career is but a means to an end … and that end is building the Kingdom of God,’” Charles tweeted. He deleted the tweet after backlash. 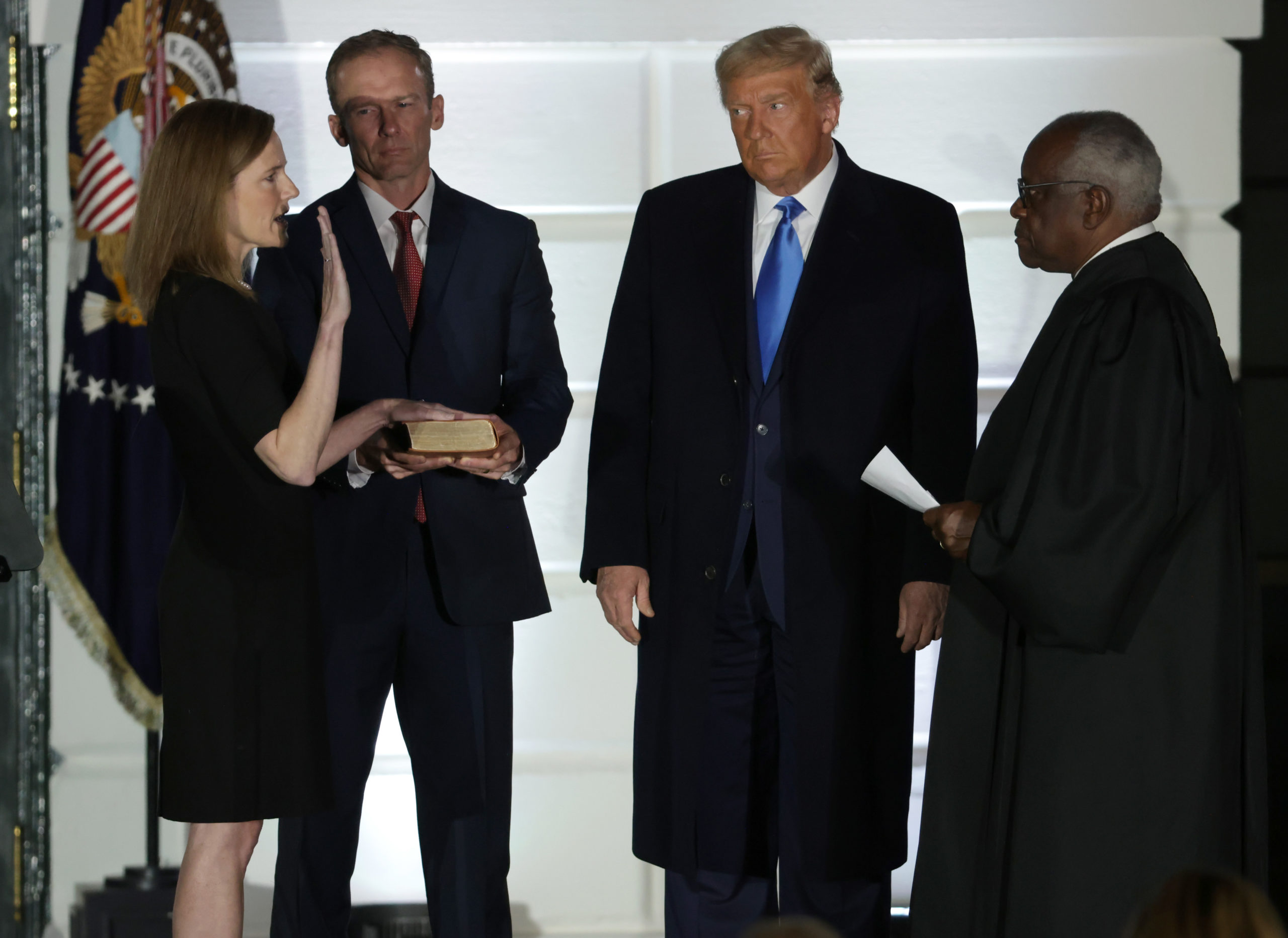 Filmmaker Arlen Parsa called Barrett a “Catholic extremist with 7 children” in a since-deleted tweet, hitting Barrett for her pro-life views while noting that he will vote for Biden.

“She wants the rest of American women to be stuck with her extreme lifestyle,” he tweeted. (RELATED: Media Calls Biden A ‘Devout Catholic.’ Where Does He Actually Stand With The Catholic Church?)

Liberal groups similarly predicted that appointing Kavanaugh to the Supreme Court would result in dangerous limits on abortion access and other prominent political issues.

These warnings didn’t come to fruition after the Supreme Court struck down a law that would significantly restrict abortion access last year. In the case of June Medical Services v. Russo, an abortion provider challenged a law requiring abortion providers to have admitting privileges to a hospital within 30 miles of the abortion facility.