Elected officials enacted executive orders in the spring requiring Americans to lockdown and stay-at-home, resulting in school closures and remote learning as early as March. Officials have quarreled over whether schools should reopen this fall, and many teachers’ unions have taken strong stances against reopening, arguing that it puts teachers at risk.

Data collected globally indicates that school openings did not cause a surge in coronavirus cases, yet schools in major cities have not reopened.

Four out of five San Diego County K-12 students are still in distance learning almost a year into the pandemic, according to the San Diego Tribune, and several of San Diego county’s largest school districts have not indicated when they will reopen.

The pediatrician described one of her 16-year-old patients who is no longer participating in Zoom school. The student’s mother is an essential worker who works two jobs, the Tribune reported, and the student himself works at a tire shop to help support his family.

“For all intents and purposes, he’s dropped out,” Crow told the Tribune. “It’s so heartbreaking for me because I’ve known this kid since he was born.”

Kern discussed one of her patients who has cerebral palsy and formerly went to physical therapy at school. Due to the pandemic, the patient must go to therapy on Zoom, and his progress is regressing, she told the publication.

Students’ grades have also suffered massively throughout the pandemic. Kern said that one of her patients who is in high school is now getting C’s after years of A’s since he is the only one home who speaks English and must help his second-grade brother with online school. 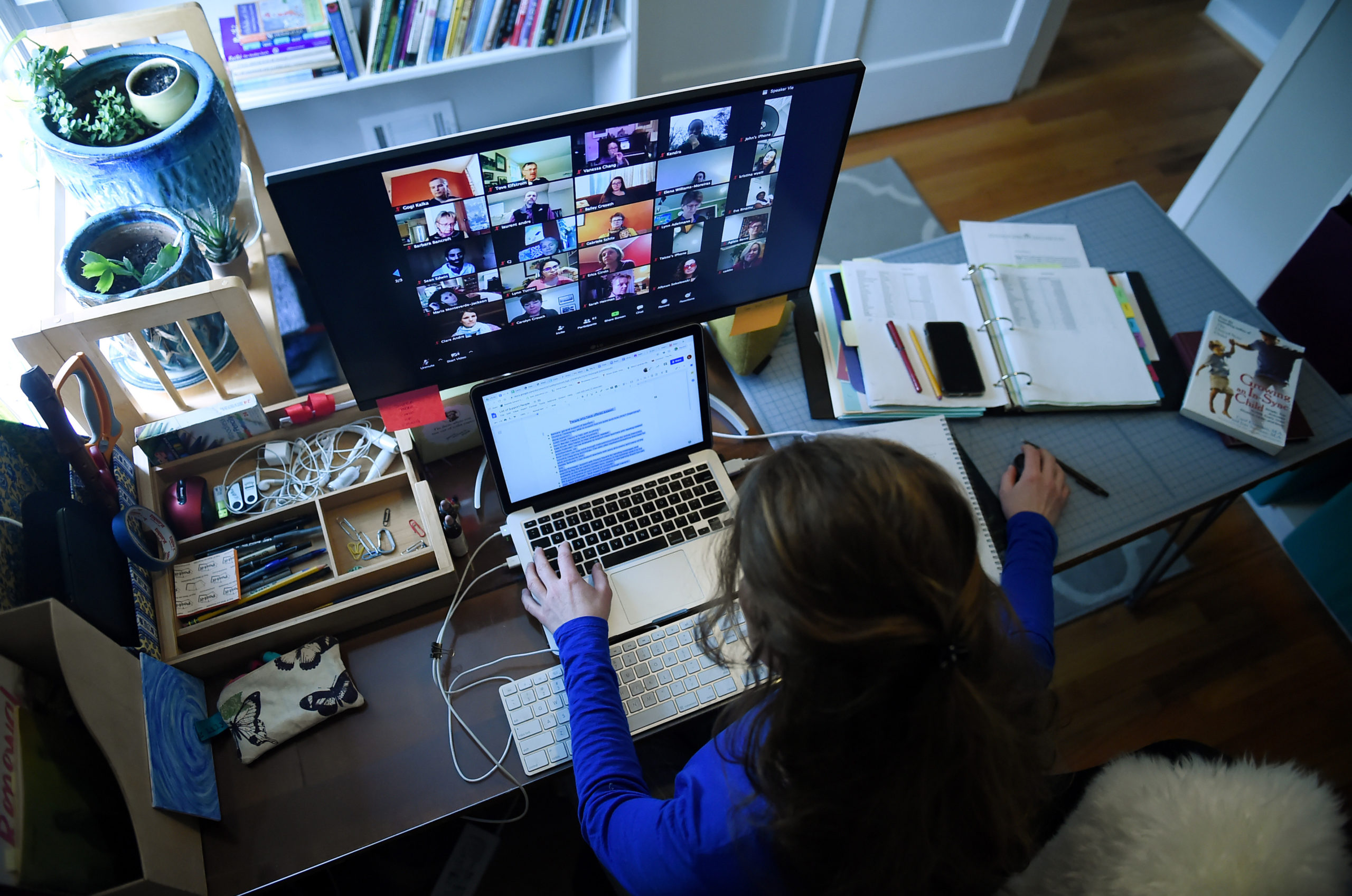 TOPSHOT – A lower school substitute teacher works from her home due to the Coronavirus outbreak on April 1, 2020 in Arlington, Virginia. (Photo by Olivier DOULIERY / AFP) (Photo by OLIVIER DOULIERY/AFP via Getty Images)

Dr. Veronica Naudin, a pediatrician from Vista, California, says students are logging into Zoom but not participating in school. Naudin told the Tribune that they have lost the will to participate.

She described a high school patient who stared at her computer screen for the majority of her two-hour final exam period. The student’s mother had to push her to finish part of the test, Naudin said.

The pediatrician also described a high-achieving high school senior who has stopped participating in online classes. The student is so depressed that she does not see why she should graduate, and her mother tells the school that her daughter is sick, Naudin said. 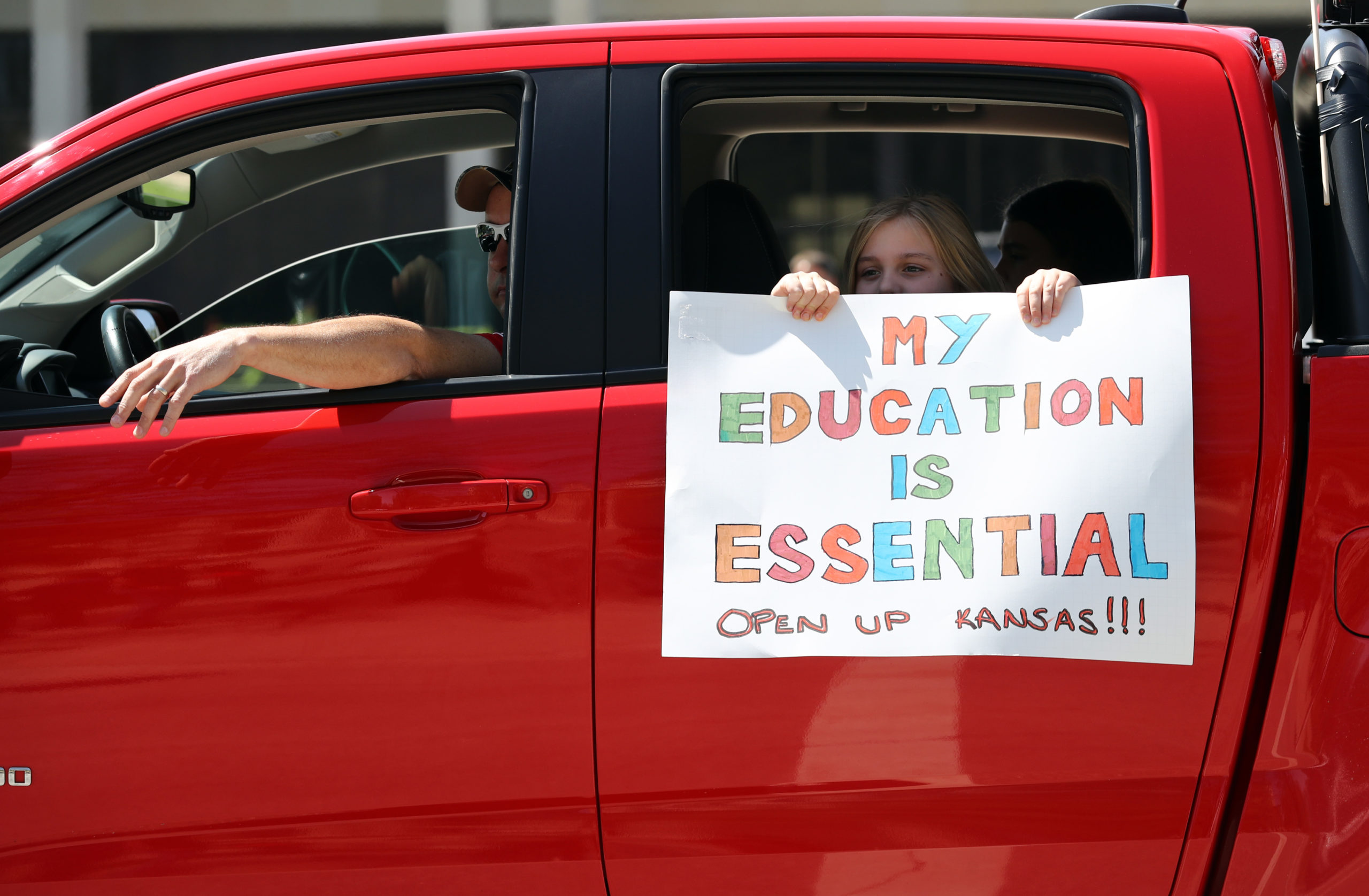 TOPEKA, KANSAS – APRIL 23: A girl holds a sign while driving past the state capitol building with her dad as demonstrators demand that businesses be allowed to open up (Photo by Jamie Squire/Getty Images)

“What we’re seeing is frightening, because it’s hard to see these faces. They are just empty,” Naudin told the Tribune. “When you talk about school, it’s like an emptiness to them, like school is just something that they’re enduring. I miss seeing those kids who would talk about school with joy.”

“What are we doing here,” she asked. “Why are we making kids pay this price?”

Dr. Kern told the Tribune that she has patients who have gained up to 25 pounds during school closures. These children aren’t playing at recess or participating in PE, Kern said, and they are sitting in front of screens and snacking.

“Gaining that weight and being that inactive so young … that can affect them for the rest of their lives,” Kern told the Tribune.  (RELATED: We Watched Netflix’s ‘Cuties’ So You Don’t Have To)

Dr. Kumar works in the eating disorder unit at Rady Children’s Hospital in Encinitas, California. She told the Tribune that the pandemic has so overwhelmed her unit with patients that it was forced to move patients to other parts of the hospital.

Kumar told the Tribune that children are falling victim to these online sexual predators as they spend more time online. The pediatrician described how children are engaging in inappropriate behavior such as sending sexual photos or engaging in sexual conversations on line.

Kumar also described what looks “exactly like a substance use disorder” to the Tribune: patients who are so addicted to online gaming that they forget to do their homework, eat, sleep, or shower. 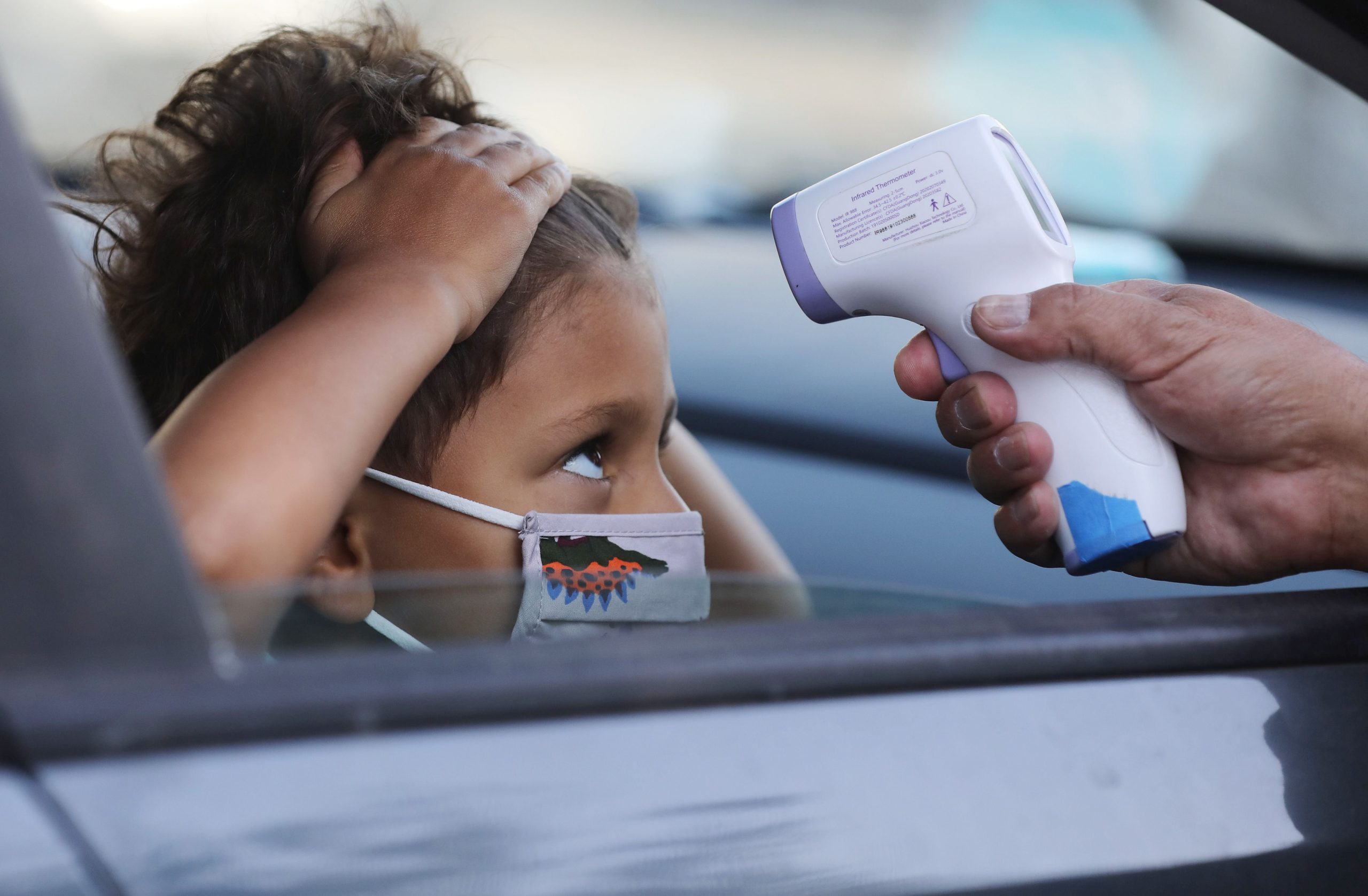